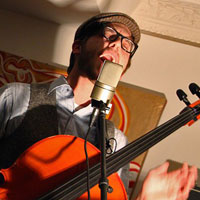 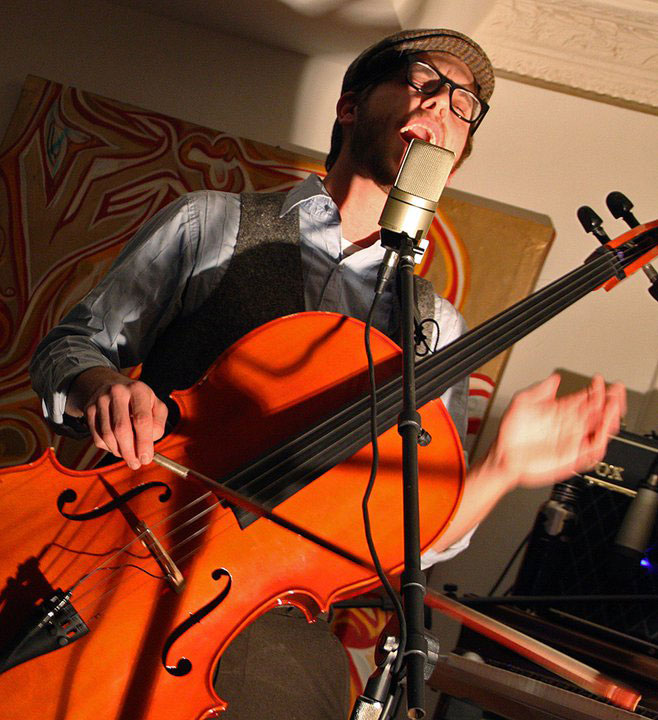 When Flagpole heard that songwriter Christopher Bell had toured New York state in 2008 via canoe, traveling down the Erie Canal and Hudson River instead of side streets and interstates, we were duly impressed. But that’s not all: In 2009, Bell rode a bicycle from upstate New York to Chicago. The following year, he toured Massachusetts on foot.

The artist’s strategy for combating soaring fuel prices epitomizes a rare, spirited DIY ethos that, regardless of the music itself, makes him newsworthy. Thankfully, the cello-toting troubadour and looping artist traffics in portable pop as clean and compelling as his transportation choices.

Bell is a one-man band. On his latest, self-titled release, he played every instrument but drums. It may be that he is fiercely independent, or it just may be tough to find bandmates eager to row, walk or bike from gig to gig. Or, it may be something else.

“I don’t work well with others,” he says with a laugh. “I’m very particular.”

Bell is seemingly always at work. In less than three years, he has released eight albums. At what point, we ask, did he realize he had so much to say and share with the world?

“That makes me sound very self-important,” he says with genuine unease. “The truth is, if I don’t sit down and write, I won’t write. One of those albums took three years to make; I was making it throughout the course of the others. I just sit down and write five days a week. I treat it like a job.”

These days, Bell travels in style. “I’ve got a ’97 Camry. It’s wonderfulâ€”a little bit more spacious [than the canoe]â€¦ It’s not too stressful. I’m quite a nerd about it. I listen to tons of audio books.”