Landlords Should Cut Tenants Some Slack During the Pandemic 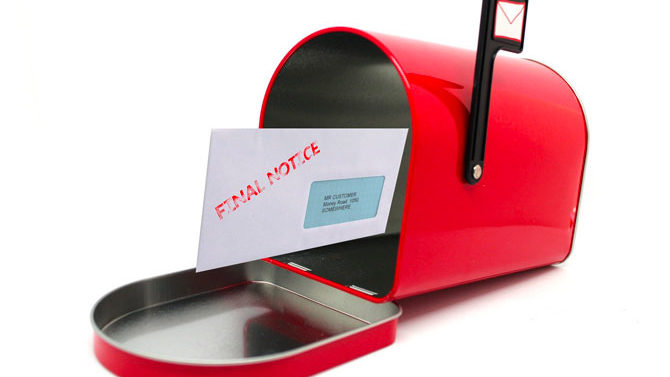 True character is revealed by responses to adversity. In a sense, these challenging circumstances actually determine our greatness. During a natural disaster, alien invasion or other catastrophic situation, people immediately evaluate their abilities, needs and resources. Then they look to both government and industry for leadership. Sometimes they help.

The current global pandemic has forced elected officials, boardroom executives and main street shopkeepers around the world to make quick, gut decisions—some selfless, some not. In a few short weeks, society has witnessed countless examples of swift reinvention, re-imagining and pivoting as we balance our community’s health and wellness with its economy.

Mayor Kelly Girtz has been ahead of the times, adopting some of the bravest and boldest positions anywhere in the country. The commission unanimously endorsed a Mar. 30 resolution proposed by Mariah Parker and Tim Denson addressing housing concerns in Clarke County. Our local leaders immediately recognized housing as a basic necessity and generally the most significant expense in every human being’s budget. They also determined, after careful consideration of available trusted scientific data, that staying home would be our community’s best defense against this pandemic. Local leaders decisively declared staying home to be supremely important to community wellness, and not having to worry about housing-related expenses just as paramount to the economic and mental health of Athens’ denizens.

Naturally, one would be curious to know about local property rental companies’ plans for dealing with fallout from the COVID-19 crisis, as well as leading real estate professionals’ informed perspectives of the situation. The response from more than half a dozen local landlords to Flagpole‘s interview requests for this story has been, for the most part, radio silence. The same local landlords’ strategies for managing tenants adversely affected by the virus and the subsequent lockdown have been, in many cases, atrocious and arrogant.

The curb appeal and economic health of Athens are calculated using the same metrics. On its website, Rent Athens invites prospective tenants to, “Come experience the wide range of award-winning restaurants, sporting events and entertainment venues, along with great shopping opportunities that this city has to offer.” For two months, Athens hasn’t been able to offer any of the aforementioned amenities. Presently, there is no scene. Events have been canceled, businesses shuttered, a large portion of the population has moved away, and there isn’t a clear path for a return to normalcy. It’s not an intellectually dishonest argument that lease terms negotiated months, sometimes years, ago could be, presently, obsolete.

Ryan Berry has been modifying people’s bodies at Aces & Eights Tattoo in west Athens since 2004. The single dad has owned the studio since 2008, and in April 2020, shortly after his business was deemed nonessential in the era of COVID, he contacted Power Properties asking for rent relief. He submitted this request on behalf of every commercial tenant in the shopping center. Ultimately, the best deal Berry was able to negotiate, after more than a decade doing business in the same building, was the elimination of late fees. Yes, the best offer from the landlord, during a global pandemic, was not to assess a penalty. The best deal was not to increase rent.

Gov. Brian Kemp recently announced that tattoo parlors can reopen. Berry recently announced that he’s performing another 100 tattoos in the Aces & Eights space, then never setting foot in the building again. “I guess they would rather have it empty in this time than a steady tenant for 17 years. Who knows, maybe it’ll be a Little Caesar’s in three months,” he laments.

Jim Adams, owner of Adam’s Optics downtown for 45 years, has also felt the painful economic pinch of COVID-19. His retail operation has been dramatically interrupted, and, despite decades of being a downtown Athens fixture and the most personable eyeglass professional around, it’s almost impossible to pivot, jump online and compete with the Warby Parkers of the planet. “It’s a generational thing. Grandparents come in with grandkids and remember buying glasses here when they were college students in 1975,” he shares fondly, before admitting that his plan is to simply demonstrate good faith with his landlord, Fred’s Historic Properties. Adams hasn’t negotiated any formal hardship terms, but, after prioritizing food and healthcare expenses for himself and his daughter, he plans to send his landlord as much as he can comfortably afford for the foreseeable future.

A recently proposed piece of legislation from Minnesota congresswoman Ilhan Omar, the Rent and Mortgage Cancellation Act, would offer widespread relief during these tumultuous times.

The national Rent Strike 2020 campaign, calling people nationwide to join together to refuse to make rent or mortgage payments beginning in May, is gaining momentum. Some pundits suggest the movement will be the most significant protest of its kind in a century. Will the government force the housing industry’s hand? Will a massive mobilization of peaceful resistance force landlords to admit they aren’t uniquely immune to the novel coronavirus?

To better understand the experience of local tenants delinquent on rent payments as a direct result of the novel coronavirus and the widespread economic fallout it has incurred, I did not pay my rent on Apr. 1 or May 1 for a modest one-bedroom, one-bathroom in-town apartment. After receiving numerous collection calls, emails and texts, and being pressed for answers regarding the question of past due April rent, I informed Rent Athens on Apr. 13 that I would not be paying rent for 90 days and that, should my economic situation improve before then, all rent and penalties would be paid in full, or the apartment vacated. The immediate response, among others that demonstrate the absence of an organizational plan to offer real assistance, came from the accountant managing the lease: “Other people depend on you to pay your rent so they can eat too. I was an economics major, so I understand how people taking a stand & just not going to pay their rent affects others.”

On Apr. 14 a notice of intent to seek a dispossessory warrant to retake possession of the property was affixed to the front door of the apartment. On Apr. 22, an email arrived from the same staff member assigned to collect rent. It read, in part: “I know your [sic] mad at the situation. I hear ya. But your [sic] going about this all wrong. We aren’t the enemy nor the system… Don’t be an asshole, I know your [sic] not. I want to work with you, not be the enemy…”

Need help? Have questions? Denson has assembled valuable resources and tons of information for landlords and tenants on his website, timdensonforathens.com.