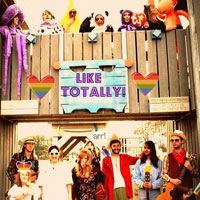 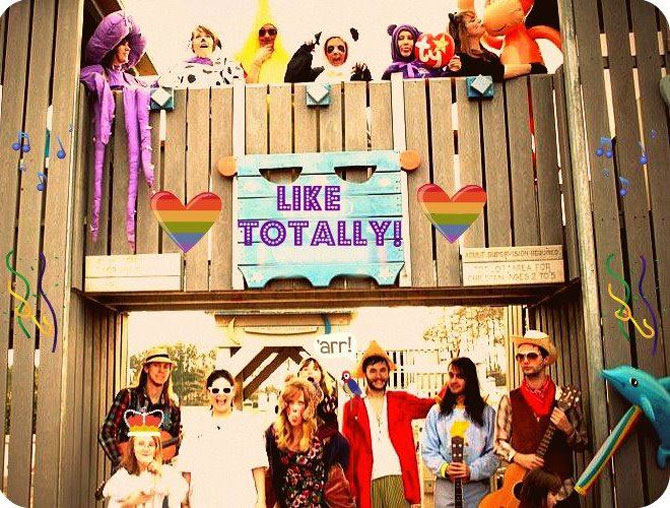 Can’t make it up to Brooklyn this weekend for Kindiefest? No worries; Athens’ own purveyors of hip, family-friendly pop are throwing their own bash in our backyard. After a three-year hiatus, Jenny “Lady Scientist” Woodward (The Woodworks, Vestibules) reformed Like Totally! about a year ago and is making a real go of it in the kids’ music worldâ€”her bi-monthly kids’ dance parties at Flicker have become so popular that they’ll soon be moving to a bigger venue, and Like Totally! has become the in-demand band for birthday parties. In the spirit of the newly dubbed “kindie” genre, Like Totally! offers parents blissful respite from the often tiresome world of children’s music. Woodward keeps the lyrics sweet and silly without dumbing down the melodies, so kids of all ages can enjoy tunes about life’s simple pleasures: pets, playtime and cookies (in moderation, of course).

Joined by her backing band of costumed characters (The Friendly Pirate, Unruly Cowboy, Mailman Mack and more), plus a melange of backup dancers, Like Totally! shows have become increasingly theatrical, with interactive performances and scripted skits in between numbers. Woodward even fantasizes about having a Like Totally! TV show in the future.

“I really want to write a 12-series pilot and get that out there,” she says, “but right now the number-one priority is the album.”

The band is currently in the studio with producer Joel Hatstat working on its debut release, Good Mews, but additional funding is necessary to complete the project. You can support the group in its efforts by partying at Little Kings this weekend. The fun starts at 2 p.m., and Like Totally! hits the stage at 3 p.m. There will be face-painting, food carts and prizes, so bring the kids or just your inner-child for a good time. Admission is just $3 for little ones and $5 for adults. If you can’t make it out, donations are also accepted online via www.indiegogo.com/Like-Totally-make-their-debut-Album-Good-Mewsâ€¦ but only an unruly cowboy would miss out on this kind of fun.