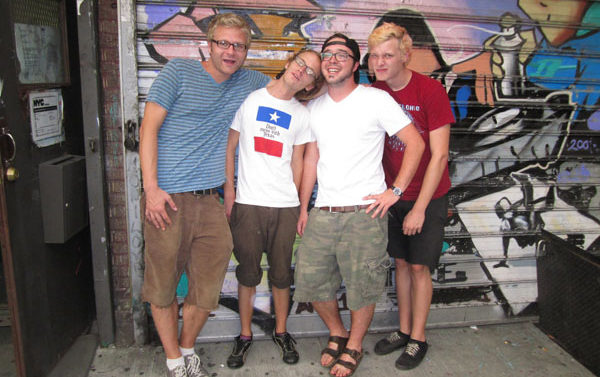 With local country punk band The K-Macks, it’s all about energy. Frontman Kevin Craig can’t seem to emphasize this enough.

“I’ve been to several Saint Francis shows, and they bring a huge amount of energy… and that’s always been our greatest appeal as a live band, too,” he says. “We have a whole lot of energy. People who know Saint Francis but don’t know us will really enjoy it. There’s a special kind of energy with them, and I think we have a special sort of energy as well.”

And the band just got about 25 percent more energetic, having expanded from a trio into a four-piece, with new member Brandon Page relieving Craig of his bass duties.

“Brandon is just one of those people who is always happy and excited about everything,” says Craig. “He’s always got a big goofy grin on his face onstage.”

While The K-Macks have always valued their simplicity—from their straightahead songwriting to the ease of being able to tour in a minivan—Craig says it felt like it was time for the band to grow. “It just got to a point where we felt like we had squeezed everything out of that [trio] and we needed to branch out.”

The lineup re-arrangement also means Craig is free to explore new melodic territory, writing fuller, two-part guitar melodies or composing songs for piano and banjo. And he’s been trying it all. Since the band’s last album was released in February 2010, Craig has written about two albums worth of new material that he hopes to record by the end of the year.

“The newer stuff that we’ve been writing is maybe a little poppier, but it seems like no matter what we do, we can’t not write punk,” says Craig. “We’re just feeling so restless; we have so much new material.” And all that energy won’t stay bottled up for long.