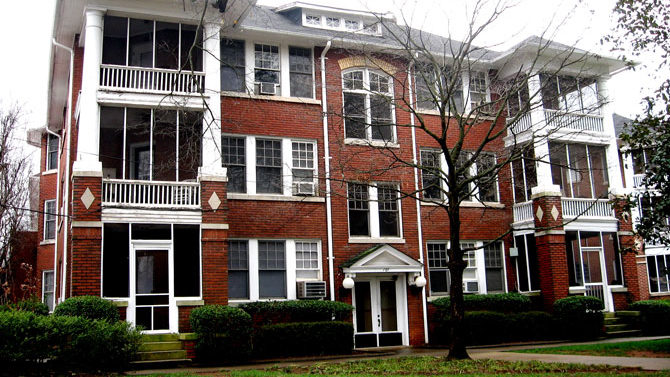 AndrÃ©s Duany, a founder and champion of New Urbanism, swung into town a couple of weeks back, leading a standing-room-only crowd of students and faculty, along with some local citizens and dignitaries, on a fairly nuanced and academic exploration of how his thoughts had evolved given the challenges of the recession, as well as other coalescing viewpoints in the urban planning discourse. Duanyâ€™s lecture was a snapshot of his thinking, and he let the audience in on stories about his research, his ongoing and invigorating feud with another cohort of urban planners headquartered at Harvard, and his thoughts about what makes political change difficult.

At the end of his talk, he did throw a bone to those concerned one way or the other about the prospects of a downtown Walmart, essentially by acknowledging that itâ€™s more complicated than it appears. Of course, people (and daily newspapers in particular) will jump on quotes like â€œWalmart can be an asset,â€ without really recognizing that that is coming from arguably the Father of Form-Based Code, who has done more than anyone else to change urban planning over the last 30 years by arguing that it is the design, not the use, that really matters to creating successful cities. So, yes, that use can be an asset, provided it is designed well, but as many around town have pointed out, this one is not, failing to meet many significant local zoning regulations, despite the Banner-Heraldâ€™s dismissal of those laws as trivial issues.

And likewise, reports of New Urbanismâ€™s abandonment by Duany have been greatly exaggerated by the Banner-Herald: what Duany described was not that â€œheâ€™s abandoned New Urbanism,â€ but that heâ€™s sought new models on which to base modern Urbanism. New Urbanism has traditionally relied on the 1920s-era American streetcar suburb as a basis, and Duany suggested that Mormon settlement of the West, which involved sending whole towns of diversely skilled individuals and families to create new communities, was how the West was won, noting that the ghost towns the region is known for were bad settlements designed to fail from the start. â€œFifty miners and two whores,â€ Duany noted, is not a recipe for a long-lasting community, given that it is predominately males of a single occupation and thus has no way to grow or evolve. On the other hand, those successful 1870s settlements, he implied, could be a new pattern for an ultimately more resilient New Urbanism. Of course, in either case, those historical forms are only inspiration, and must be fused with modern concerns to create new models: new urbanisms.

Shopping and Main Streets were essential components of that 1920s-inspired version of New Urbanism, and what Duany noted the Recession had revealed was that retail consumption was only one of many ways to rebuild a sense of community and place. Gardening was but one example to which he pointed as another possibility for developing community. Itâ€™s arguable that Athens has based itself upon the shared enjoyment of music and art. Perhaps there are many more community-building activities out there that have the potential for environmentally and socially sustainable community creation, and it seems like thatâ€™s where Duanyâ€™s been headed.

The notion of â€œresilienceâ€ is the emergent successor to â€œsustainabilityâ€ in the conversation about responsible design, with natural and economic disasters causing thinkers and communities to look at local models and reevaluate the promises of globalization. While Duany didnâ€™t mention the concept directly, its influence showed through, particularly in his discussion of what he calls â€œAgrarian Urbanism,â€ with the mention of solar panels, composting and home production of food as ways to offset the negative impacts of the suburban lifestyle.

New Urbanism is a response to climate change, first and foremost, with sacrifices made in the city that ultimately benefit the rural hinterlands. It ultimately also follows a familiar pattern in the relationship between people and the environment in this country. There is a clear demarcation between the orderly, urban and human domain and the wild nature beyond. New Urbanism, with its goals of density in the city to avoid sprawl in the country, to some degree exists within that structure, and ultimately has little to say about the suburban landscape. What his concept of Agrarian Urbanism, and urban-rural transects, what Duany has attempted to do is to bridge that gap, analyzing and proposing more fluid shifts from urban to rural, and social to natural environments.

It is diversity and complexity that Duany finds to be the potential common currency, though, between ecological and social concerns. The best cities are dynamic places, highly integrated and connected, with all kinds of people, places and experiences at a comprehensible scale. More and more frequently, weâ€™ve looked to the language of ecology to describe those interactions, and perhaps that will allow us better to integrate environmental concerns into planning models. Recognizing the complexity of situations will also be the way to overcome the specialization that Duany sees as the greatest barrier to change. When groups with similar overall goalsâ€”the ultimate health and resilience of their communityâ€”define success or failure in very narrow terms, be they bike lanes or dark skies, economic development or parking, it precludes the more holistic discussion necessary actually to address the problem.

All sorts of companies borrow all sorts of language as marketing gimmicks, whether itâ€™s sugary breakfast cereal called “healthy” or bad development called “sustainable”â€”enough to result in the term â€œgreenwashingâ€ entering into common usage. Do a few apartments sprinkled over a Walmart supercenter or a faux Main Street floating above the city on a massive parking garage really constitute well-integrated, environmentally sensitive community development? With complexity, form and resilience as the key concerns in mind, I think we can do a better job of understanding how, exactly, Seligâ€™s development fails to measure up so far, and how it can made into a healthy contributor to the city.