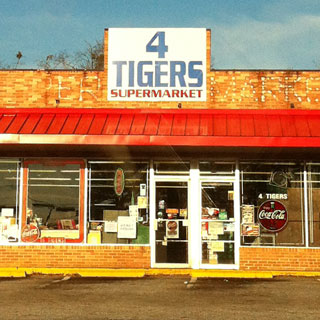 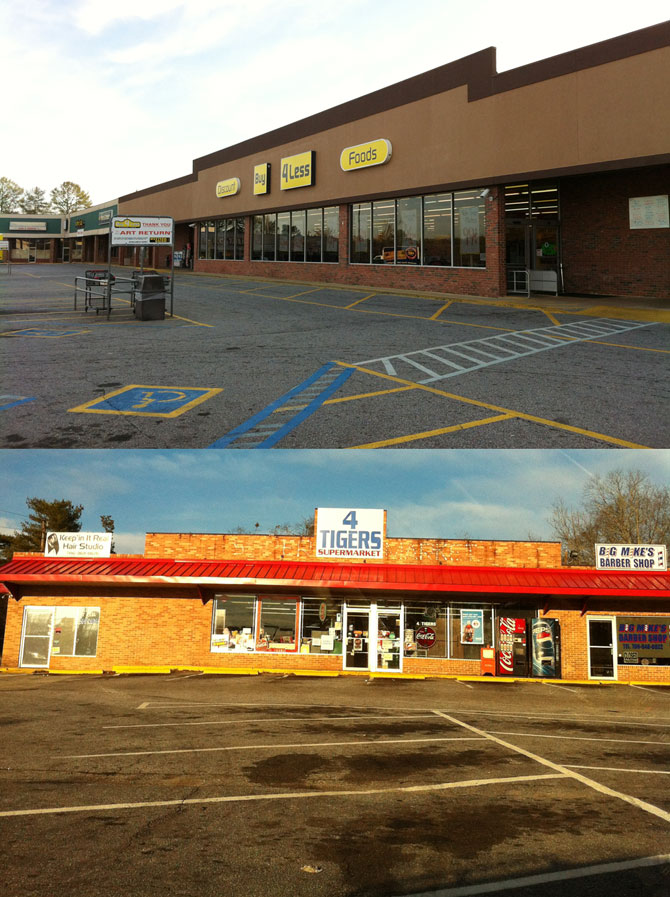 While supporters of a downtown Walmart claim that the new store would produce many new jobs, studies continue to show that Walmarts result in net losses of jobs. How will existing nearby businesses and their employees be affected?

Why Wait?: Iâ€™m extremely wary of Athens-Clarke County commissionersâ€™ decisions to absolve themselves of any responsibility to be proactive with regard to the Selig project, opting instead simply to wait for the results of a traffic study by Seligâ€™s engineers. While the projected impacts of the Selig proposal do need professional analysis, a hobbyist traffic engineer like myself should be able to anticipate the effects of the project at least to the appropriate order of magnitude. In the continued absence of Seligâ€™s study, thatâ€™s what Iâ€™ve attempted to do. Fellow trip generation enthusiasts should visit www.sandiego.gov/planning/pdf/tripmanual.pdf and play along at home.

What San Diego planners have provided in this document is an abridged and publicly available version of the Institute of Traffic Engineersâ€™ Trip Generation Manual. The formulas contained in both these documents are based on observation and measurement of many sites across the country, determining how much average traffic is generated by different land uses and during what time of day those trips are most likely to occur. I plugged Seligâ€™s project in, and hereâ€™s what I got. (I encourage you to check my mathâ€”and Seligâ€™s as well, whenever they release their study.)

By my count, between 7,000 and 12,000 new auto trips will be brought to the area per day, in addition to the comings and goings of people already traveling by who might stop into the complex on their way. The range between the figures reflects the difference between using San Diegoâ€™s numbers for an urban core location, or more standard suburban averages. Given that we donâ€™t have San Diegoâ€™s healthy urban streetcar network and density, it seems likely that the true count might lie closer to the upper end of that range.

Assuming my math is right, how might that play out? Well, most of those trips would likely utilize three-laned Oconee Street, which already handles about 27,000 cars a day. Another 8,000â€“10,000 trips would push it up toward the high 30,000s. For comparison, thatâ€™s the level of traffic that the seven-lane portions of the Atlanta Highway handle, according to GDOT sampling near Georgia Square Mall and Epps Bridge Parkway.

Of course, the busiest times for stores like Walmart are in the afternoon and evening, as everyoneâ€™s getting off work. Thatâ€™s also when Oconee Street, with its single eastbound lane, is most congested. That one eastbound lane is a primary way that workers get from downtown back to the Eastside suburbs.

Already, GDOT is proposing that Lexington Highway be widened to seven lanes at the Loop as part of that interchangeâ€™s redevelopment. Can we expect the same to happen all the way down Oak/Oconee and into downtown, thanks to Selig and Walmart’s traffic? Go ahead and budget any increase in property or sales tax revenues toward mitigating all of those headaches.

Whose Pie?: Another frustrating fallacy is the notion that Walmart’s minimum-wage jobs will be an economic stimulus that will somehow â€œmake the pie bigger,â€ as George W. Bush put it. People wonâ€™t buy more groceries if Selig builds this. No new dollars will come into the community from out of town. There will simply be a redistribution of existing sales away from other businesses, many of them local. Despite the head-in-the-sand approach of our government, data again and again bear this out.

According to a 2009 study by the Loyola Universityâ€™s Center for Urban Research and Learning on the effects of an urban Walmart on existing area businesses, â€œin an urban setting, proximity to Wal-Mart is associated with a higher probability of going out of business for local retail establishmentsâ€¦ A business in the immediate proximity of Wal-Mart had about a 40 percent chance of closing some time over the two year period.â€

Mayor Denson should walk into every store downtown and flip a coin. Heads, she moves on. Tails, she hands them a job application to Walmart, because they wonâ€™t be working much longer.

The Loyola researchers also found that the opening of the store resulted in the loss of about 300 jobs as those businesses closed, again pointing to the fact that the pie does not get bigger. Revenue is simply redirected away from local and small businesses, and into the pockets of the big box. Of course, itâ€™s not specifically that itâ€™s Walmart; itâ€™s the “supercenter” business model, which Target, K-mart and others also employ, albeit less successfully than the Bentonville variety.

The bottom line is that a 94,000-square-foot box is too big to play nicely in the local economy. It will alter the economics of our town for years, bankrupting local business owners and tying up millions of dollars in traffic improvements. If Selig were sincere about wanting to help Athens (they arenâ€™t), they would find a way to finance their project with a much smaller anchor that fits into the landscape in terms of scale, traffic impacts and collateral economic effects (they wonâ€™t). We all need to accept the fact that weâ€™re making a dangerous gamble by passively acquiescing to Seligâ€™s proposal.