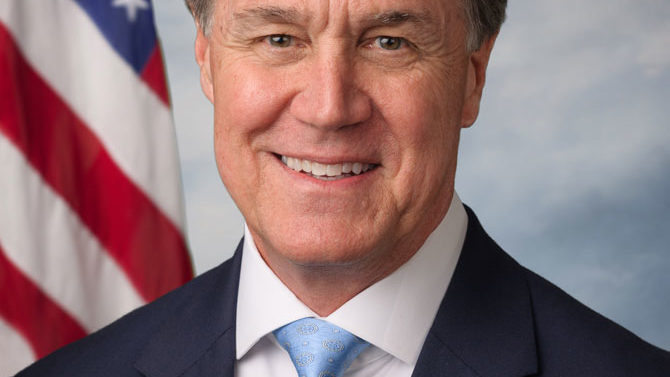 The meeting between staffers from Sen. David Perdue and Rep. Jody Hice’s offices and their constituents started out tense and was getting tenser.

Eight members of Indivisible Georgia District 10, a group dedicated to opposing President Trump’s agenda, had appeared at the meeting in Gibson, about 80 miles southeast of Athens, on Jan. 23, surprising both the Republicans’ staffers and the six attendees from the Gibson area. Greg Ziesenhene, field representative for Perdue, and Beth Goolsby, constituent services director for Hice, looked uncomfortable as they fielded questions about health care, education and Trump’s statements about immigrants.

Finally, Ziesenhene held up his hands. “This is not a town hall meeting,” he said. “This is a meeting for area constituents. We’ll have others in other places, like the Northeast region.”

“We had one!” confirmed Goolsby.

“In Winder,” said Jennie Phillips-De La Vega, a member of Indivisible 10.  “On Jan. 12. We were there, and we haven’t gotten any response to our questions.”

“Well, we’ll make sure to pass your comments on,” said Ziesenhene.

“That’s what you said in Winder,” replied Phillips-De La Vega.

This whole exchange was conducted politely, with lots of nodding and smiling. It was excruciating. I decided to change the subject.

“I have a question about something totally different,” I said, waving my hand. Ziesenhene and Goolsby turned to me, suddenly hopeful. “I live in a rural area, and I’d like to know how Hice and Perdue plan to protect our schoolchildren from wild animal attacks.”

“Ha!” said another attendee. “You mean grizzlies?” She and everyone else knew I was referring to the recent comments from Betsy DeVos, Trump’s pick for secretary of education, that guns might be appropriate in certain schools to fend off bear attacks.

“No,” I said. “It’s not going to be bears in Georgia. According to Wikipedia, we need to be worrying about wild boars. Especially down around Waycross.”

I glanced over at Ziesenhene to make sure he was getting all this down. He was fixing me with the kind of look you’d give a rabid possum let loose in a kindergarten. I felt bad, and even sort of scared. Being a smart-aleck is not the way to get people to help you. My mother was forever telling me this. Had I gone too far?

No, I decided. I had driven 90 minutes in each direction and paid extra for child care because I wanted it noted that DeVos’ response to the question of whether guns should be allowed in schools was, like everything else associated with Trump, deeply abnormal. DeVos did go on to say that her “heart bleeds” for the victims of gun violence in schools, but “I feel sad when kids get shot” is no kind of plan at all.

“It’s up to the states to decide about guns in school,” said Ziesenhene.

“Well, if it’s an issue that’s important enough to bring up in a confirmation hearing, maybe it needs to be discussed,” I said. “Maybe there should be a task force.”

“There should be a task force for school shootings,” said Joey Holloway, a constituent from the area. Holloway described how the lack of mental-health services for returning veterans had led to a tense confrontation at the local school. He worried that pulling funds from public schools—as DeVos is likely to do—would result in even fewer services for folks in Hice’s 10th District.

Amanda Chalker, a retired teacher from McDuffie County, agreed: “The school is all small communities like ours have. Everything revolves around the school.”

Access to education for all was something everyone there appeared to support, and the chance to agree on something shifted the tone of the meeting. Ziesenhene reminded us that both of Perdue’s parents were teachers, and that he would take our concerns seriously.

Phillips-De La Vega left the meeting feeling cautiously optimistic. “I feel like Mr. Ziesenhene listened, and will pass on our comments to Sen. Perdue,” she said.

This may be so, but I’m still worried. In the end, it doesn’t matter what kind of school a community has. Public school? Charter school? Religious school? Wild boars don’t know the difference, and until this particular issue is addressed, nobody’s safe.

For updates on when and where to meet your elected officials, search for Indivisible Georgia District 10 on Facebook and request to join the group.