This End of the Street 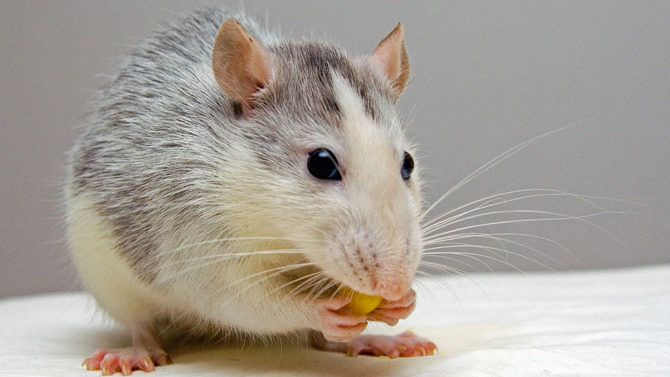 Sherman and his wife rented one of the houses in Monroe for a while, on Stokes Street. Sherman was a very short man who had a stable job at a hospital. His insecurity about his height, and the fact that he had a debilitating stutter, compelled him to always wear a giant white cowboy hat. Sherman’s wife ran her own cleaning business and employed another person. They were doing well enough to indulge in a hobby: tropical fish.

But then, Sherman got laid off. His wife let go of her employee and took on all the cleaning jobs herself, but it was hard. She was 40, with high blood pressure. The doctor prescribed medication they couldn’t afford now that Sherman had no benefits, so instead he recommended rest. Sherman’s unemployment ran out. They relied on their church to support them.

Sherman became depressed. There were no jobs for a 4-foot, 8-inch man with a speech impediment who had to be available for his sick wife and their 15-year-old daughter. Four months went by with no money, no nothing.

Then, Andy, Sherman’s neighbor, called me. “Sherman’s got him another 200-gallon fish tank,” he said. Sherman kept bringing home fish tanks, even though there was no money for anything. I pictured him sitting there in his hat, his wife in bed in the room down the hall. He would sit there all day, staring at the fish. How many fish tanks did he have by now? Four? Five? What would 1,000 gallons of water do to a linoleum floor? I went to see Sherman.

Sherman’s wife was in bed, but he was not wearing his hat. In the dark living room sat one of the tanks, fish floating on top of the murky water. “They turned off the power,” said Sherman. He was crying. “We can’t stay here. We’re going with family.”

They moved four days later. They left the fish tanks.

Right after Sherman moved, I was visiting the rental house next door to check out a rat problem. Some other slumlord had purchased the trailer park across the street, and had demolished the abandoned trailers and evicted a bunch of people. When this happened, the trailer-park rats fled to the neighboring houses. But it wasn’t rats Andy’s wife wanted to discuss.

“Do not rent that house to any more black people,” she said. “Stokes is white.” We were standing in the living room, which was stuffed with ceramic figurines and praying hands pictures. Her four grandchildren were in the room with us, watching the large-screen TV. I looked at them, embarrassed. Their dad was black. How would they take this comment from their grandmother? They didn’t seem to notice.

“Stokes is not white,” I said. “The people four houses down are black. So are the people next to them, on the corner.”

“I mean this end of the street,” she said.

I was lucky to have Eleanor and her family move in after Sherman left. Eleanor is an easygoing senior whose jobs delivering newspapers keep her well informed. Once a year, I go over to see if anything in the house needs fixing.

“Everything in the house is fine,” said Eleanor. “But there are black people in the kudzu.” She pointed at the back of the yard, where a steep hill led down to a creek. The embankment on the other side of the creek was forested and led up to the backs of the houses on Davis, the next street over.

“Really?” I said, intrigued. “What are they doing? Are they bothering you?”

“No,” said Eleanor. “I just thought you should know. They’re out there most nights around sunset, just sitting there. Sitting real still. I didn’t know what they were doing, so I called the police. The police said they live on Davis and are hunting deer.”

“No. They have bows and arrows.”

“Oh,” I said, trying to figure out if I should worry. I remembered a story someone told me when I was writing the WTH? Athens column for Flagpole, about how a former Athens police chief would go out in his backyard with a .22 and shoot squirrels out of the oak trees. And this was in Five Points.

“Oh well,” I decided. “I guess that’s what people in Georgia do.”

After Andy died, the rat problem returned. “They’re going to take the kids,” said Andy’s wife when she called.

“What?” I said. “Why didn’t you tell me this?” When the rats migrated from the trailer park, I got quarterly pest control service, and the problem subsided. Eleanor had been in the house next door for a year and did not have rats. Why had they come back? I went over to look at the house, and immediately saw why. Every room was crammed floor to ceiling with stuff rats love—puzzles and board games, blankets and pillows, newspapers and bags of trash. The floor of one bedroom was completely covered with waist-high piles of baby clothes.

“This is why you have rats,” I said to Andy’s wife and her grown daughter. “Why do you have all these baby clothes? I thought you were done. Let’s take them out of here and put them on the curb.”

“So some bitch can have them?” said the daughter.

The next day, I got a call from Eleanor. Andy’s wife and daughter and grandchildren had fled just ahead of the DFCS investigator. They’d left all of their stuff, even the baby clothes, and they weren’t coming back. I’d have to find someone to help me clean out the rat-infested house. It was too big a job for one person.

“I’ll help you if I can have their stuff,” offered Eleanor.

“If you take their stuff, then you’ll have rats,” I said.

“I’m not going to keep it. I’m going to sell it,” said Eleanor. And that’s exactly what she did.