A University of Georgia PhD student who is facing a disciplinary hearing related to information omitted from his admission application says the investigation is retaliation for his controversial race-related statements.

In January, the right-wing website Campus Reform published a story about Irami Osei-Frimpong, a doctoral student in philosophy and teaching assistant at UGA. It quoted statements Osei-Frimpong had made on social media, such as, “Some white people may have to die for black communities to be whole in this struggle to advance freedom.” 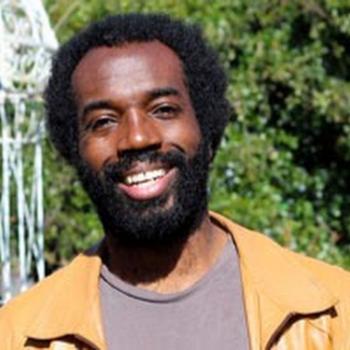 UGA initially issued a statement condemning racism and violence while standing up for Osei-Frimpong’s First Amendment rights. The Equal Opportunity Office, which investigates discrimination complaints, quickly cleared him. But when the article’s author, recent UGA graduate Andrew Lawrence, claimed that a donor had threatened to withhold $2.5 million as a result of Osei-Frimpong’s comments, UGA’s stance shifted. The new line was that it was “vigorously exploring all available legal options” to sanction him.

A few days later, the university received a tip that he had left a 2011 arrest and a stint at the University of Chicago off his application to UGA, and launched an investigation. A hearings board could suspend or expel him. Although investigator Barrett Malone wrote in his report that it is not related to his politics, Osei-Frimpong believes otherwise.

“The verdict came first,” he told Flagpole. “The moment my political speech cost them a $2.5 million annual donation, I was branded a criminal. The last two-and-a-half months have been about UGA’s administration trying to find a legitimate crime.”

The university cannot release information about student discipline under federal law, and declined to comment. But Osei-Frimpong provided a copy of the 172-page student conduct report to Flagpole.

The Apr. 4 report says Osei-Frimpong did not properly disclose his nearly two-year enrollment at the University of Chicago and arrest at an Occupy Wall Street demonstration in 2011. He said he didn’t think his time studying political science was relevant to seeking a philosophy degree, and the trespassing charge was dismissed as unconstitutional. During the investigation, he provided UGA with a transcript and a letter from a University of Chicago official stating that Osei-Frimpong had been a student in good standing, but UGA didn’t feel that was sufficient.

The investigation started when an anonymous caller contacted Alan Dorsey, dean of the Franklin College of Arts and Sciences. Dorsey met with general counsel Mike Raeber and Suzanne Barbour, dean of the graduate school, who relayed the information to UGA attorney Beth Bailey and director of graduate student services Cheri Bliss, who contacted the Office of Student Conduct.

The anonymous caller was described as a former UGA philosophy department graduate coordinator. According to notes taken by Dorsey’s assistant, the caller said that she attended a conference where Osei-Frimpong said he was denied admission to the University of Oregon because of his previous arrest, and that she confronted him about it. The caller added that “Irami’s politics aren’t worrisome,” but his “behavior, judgement and sanity are worrisome.”

A web search indicated that he was arrested in October 2011 while protesting at the Occupy Wall Street protest in Grant Park in Chicago, according to an email between Bliss and Malone. Bliss told Malone that the school confirmed the arrest by digging into minutes of a board meeting of Osei-Frimpong’s former church, First Christian Church in Corvallis, OR, in May 2015 that mentioned the arrest. He also confirmed Osei-Frimpong’s attendance at the conference mentioned by the tipster.

All university students and employees must disclose “if they have been charged with or convicted of or pled guilty or nolo contendere to a crime other than a minor traffic offense.” Osei-Frimpong answered “no,” because he thought his arrest and the associated charge fell into the “minor category.”

The email also states that after the “web search” of his criminal record, the school found that Osei-Frimpong attended the University of Chicago from September 2011 to June 2013, as well as taking a German class at Tufts University and an Indonesian institution. In his application, he listed only the University of California, Berkeley and Brandeis University. Graduate students are required to list all institutions of higher education they attended.

“Since full disclosure of an arrest and previous attendance at the University of Chicago were not included on the application of Mr. Osei-Frimpong, the Graduate School cannot evaluate if Mr. Osei-Frimpong would have been eligible for admission,” Bliss said in an email to Malone.

However, Piers Stephens, a graduate coordinator in the philosophy department, said Osei-Frimpong’s attendance at the University of Chicago would have made him an even stronger candidate for their department. Stephens said he was “a top pick” for the program the year he was accepted.

“As to the matter of Mr Osei-Frimpong’s time studying political science at the University of Chicago, his acceptance here would not have been undermined had we known about it. In fact, the opposite is the case: the Department of Political Science at Chicago is one of the very best in the nation, and a candidate who studied there for two years and gained good grades in the process would have demonstrated a still better intellectual track record by having done so,” Stephens wrote in an email to Malone.

The investigator offered Osei-Frimpong an “informal resolution” of probation, which he turned down on the advice of philosophy professor Richard D. Winfield. The report will now go to a judiciary board made up of students for a “formal resolution” on Apr. 26.

At least two UGA students have faced similar hearings stemming from their political activism in recent years. Adam Veale was found not guilty of violating the student code of conduct by being arrested at a protest in Atlanta. In 2016, Emma Krass was found guilty after participating in a sit-in to protest the Board of Regents policy excluding undocumented immigrants from UGA.

Several local and national organizations—including the United Campus Workers of Georgia, Athens for Everyone, American Civil Liberties Union of Georgia and Foundation for Individual Rights in Education—have come out in support of Osei-Frimpong.

In a letter to President Jere Morehead on Jan. 25, FIRE demanded UGA stop the investigation, because the teaching assistant’s comments outside the classroom are protected by the First Amendment. “The First Amendment does not permit UGA to subject the expressive rights of faculty members or students to the whims of donors, students or members of the public who find those views uncomfortable, objectionable or deeply offensive,” the letter stated.

Later, FIRE, the Georgia ACLU and PEN America sent a joint letter to Morehead stating, “Moreover, the university’s refusal to defend its students’ and faculty members’ expressive rights promulgates a chilling effect. This is an unacceptable result at a public university dedicated to freedom of inquiry and bound by the First Amendment.”