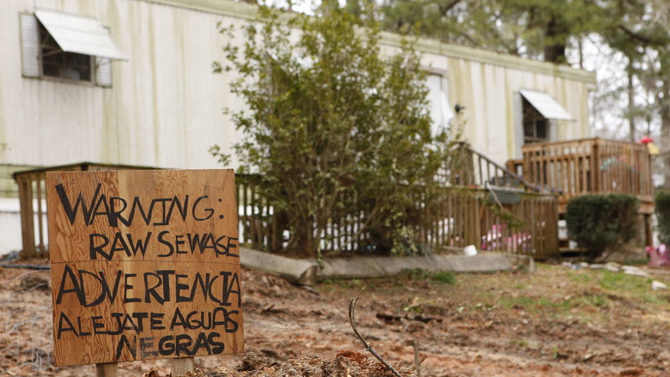 The alarm seemed all too familiar: A trailer park was in danger of closing, and the residents might lose their homes. At least, that’s the warning that Sister Margarita Martin got.

“We were told that the people might have to move,” says Martin, who lives in the Pinewood Estates North mobile home park near the Madison County line and advocates for Athens’ working poor. “Where would they go?”

The owners of Cherokee Mobile Home Park on the Eastside were scheduled to appear in Athens-Clarke County Municipal Court on Feb. 5 to explain why they hadn’t repaired a dozen failing septic systems in the neighborhood. Untreated sewage was leaking out of the ground where the soil could no longer absorb the waste, but the problem persisted for more than a year.

The owners had agreed last April to complete a long list of improvements to ensure that residents’ drinking water was safe and septic systems were working. They hadn’t completed the work, and a handful of advocates like Martin worried that the government would condemn the property and force the residents to move.

Instead, Municipal Court Judge Leslie Spornberger Jones sent the owners to jail for 30 days. It was a stiff penalty—a full month in the Clarke County Jail—but the judge had warned the owners that they would serve time if they failed to clean up the mess. 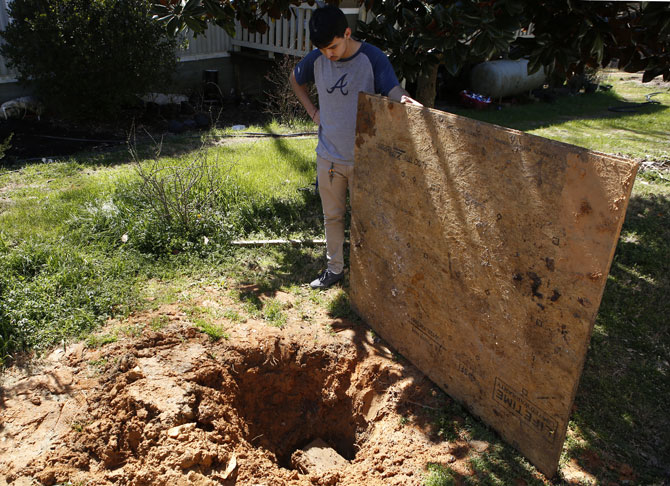 The situation reminded Martin and others of a similar case more than a decade ago, when 100 people were forced to leave Garden Springs mobile home park when the North Avenue neighborhood was redeveloped as student apartments.

Many of those people—like the residents of Cherokee Mobile Home Park—owned their trailers, but not the land underneath. Knowing that other trailer parks likely would close in the future, a group developed an ambitious plan to build a trailer park that the residents themselves would own. Ten years into fundraising, buying land and planning the infrastructure for the neighborhood, the project failed two years ago. The bank took People of Hope’s land, located off Freeman Drive, and Athens-Clarke County was forced to deduct from future grant awards an already spent federal grant to People of Hope.

Clarke County has approximately 2,500 mobile homes, according to tax records. Of those, 660 are attached to the land, meaning the same person owns both the land and the trailer in those cases, much like a stick-built house.  The other 1,800-plus trailers in the county are treated like vehicles. They are taxed differently, may sit on land the resident doesn’t own and, if the structure is older than seven years, are very difficult to move.

Many of those mobile homes are in trailer parks dotting the county. Residents often have pets, enjoy their own garden space and use their driveways to work on cars. It’s a different lifestyle than what they would have living in an apartment. They are homeowners, but since they don’t own the land, they are stuck if the property owner decides to sell, raises their rent or doesn’t keep up the infrastructure.

Lisa Chancey likes her home in the shady pine grove off Cherokee Road and likes living close to her mother, who also has a home in the same mobile home park. Soon, Lisa Chancey will pay off her home but will continue to pay rent on the lot.

“I sure hope they don’t shut it down,” she says. “There’s not many places like it left in Clarke County.”

In the end, the residents likely will be able to stay in the Cherokee Road park, where the owners are fixing the failing septic systems.

We were told that the people might have to move. Where would they go?

“Our hope would be that the problems will be fixed and all the residents can stay,” says Doug Hansford, the director of Building Permits and Inspections for Athens-Clarke County. While his department has the power to issue citations and take people to Municipal Court, officers very rarely see a defendant get jail time.

“It’s a public health issue with kids out there playing,” Hansford says. “I think [the sentence] shows how seriously the judge takes this issue.”

Funny thing is, the residents of the Cherokee Road neighborhood don’t complain about their landlords.

“I feel like they have been trying. They are really nice people,” says Nicole Gonzalez, who has lived in the neighborhood for five years. “It’s just a little irritating, but things happen. Do we want everything fixed? Of course; you pay rent, it should be fixed. But we understand. Plus, we really like the neighborhood.”

Like other residents, Gonzalez lives in a trailer owned by her family. She has other relatives in the neighborhood, too.

“It’s a nice place,” says Courtney Curry, who lives in a single-wide home with her daughters, who are 2 and 4. She works the breakfast shift at Sonic; her mother owns their home.

The residents pay around $200 a month (some a little more) for rent on their land. “Where would you find a home for that price somewhere else?” Martin asks.

The residents do make concessions to get that rural lifestyle and cheap rent. Residents are not allowed to have a washing machine, since the septic systems can’t handle the extra water.

Bill Harris (who owns the Cherokee Road Mobile Home Park with his ex-wife, Debra) is on probation for the code violations through mid-April and won’t talk much about the case until then. But he was out working on the property less than two days after he was released from jail. He’d never been behind bars before, he says, but feels that he has few options. “I can’t raise the rent on these people. How could they pay it, and if they couldn’t pay it, where would they go?” he says.

The Cherokee Road neighborhood and others like it were built decades ago, and the infrastructure is wearing out.

A similar case is unfolding with a trailer park on Nowhere Road. “These systems are failing, and there is some expense in replacing them,” says John Spagna, administrator of the county’s Community Protection Division.

Grants that would help a homeowner with infrastructure improvements don’t apply in these cases, because the property is owned by the landlord, not the resident, says Rob Trevena, the head of Athens’ Housing and Community Development Department, which helps allocate federal grants for housing assistance. When Garden Springs closed a decade ago, the local government was able to help people with moving expenses, but that’s not a service the government normally provides.

“If you turn some people out on the street, you’ve got to have some place for them to go. We don’t want to put people out without places to go,” Trevena says. “This situation is salvageable to some degree. There are trailer park owners who are doing this the right way. We are just going to keep plugging away at it.”