UGA Is Making a Plan to Preserve Historic Buildings on Campus 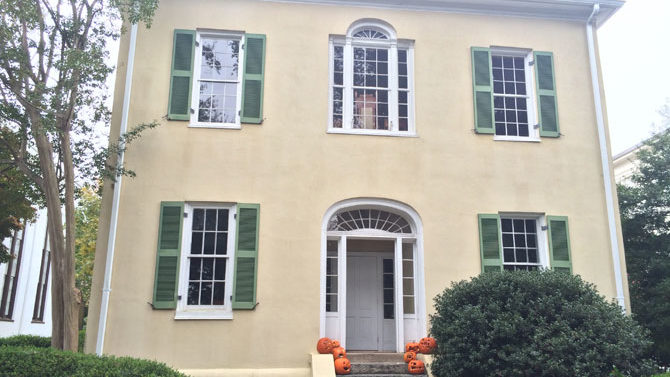 The University of Georgia has a mixed record on preserving what is arguably the oldest public college campus in the country. And with newer modernist buildings now aging into historic status, pressure on the university to preserve its physical heritage will only increase.

UGA has begun taking stock of all its historic buildings and structures in order to create a preservation master plan—a step preservationists have urged it to take for years. The plan will create a matrix for making future decisions about whether certain structures warrant preservation, restoration or rehabilitation. Such a matrix could help the university avoid controversial decisions like tearing down Rutherford Hall, or its aborted attempt to fill in Depression-era Legion Pool.

“We are very pleased the university is taking this step,” says Amy Kissane, executive director of the Athens-Clarke Heritage Foundation.

The College of Environment and Design’s Center for Community Design and Preservation, and the Master of Historic Preservation Program will participate in this plan, which is being coordinated by the Office of University Architects. The two-year plan calls for gathering data on buildings—currently underway—then a “guiding principles” workshop that will include input from the public, as well as from the architectural consulting firm Wiss, Janney, Elstner Associates, Inc. The workshop is set for sometime next spring.

Members of the steering group appointed by UGA President Jere Morehead will oversee this entire process. Danny Sniff, associate vice president for facilities planning at UGA, said that, under Morehead, the university’s preservation effort has shifted to more faculty governance, with a student-oriented mission.

“I think the track record on this campus is incredible,” College of Environment and Design professor and downtown Athens master plan guru Jack Crowley says. “For all the griping we had about whacking a single building, we’ve renovated hundreds of thousands of square feet of historic structures. I think it’s a great opportunity for the students in the Masters of Historic Preservation program to immerse themselves in this. I immerse my students in planning in the downtown master plan.”

At a public meeting about the preservation plan last week at the Athens Chamber of Commerce, Sniff highlighted UGA’s “good examples” of preservation that include Founder’s Garden and Demosthenian Hall—the latter being one of the oldest buildings on campus that’s still in use. 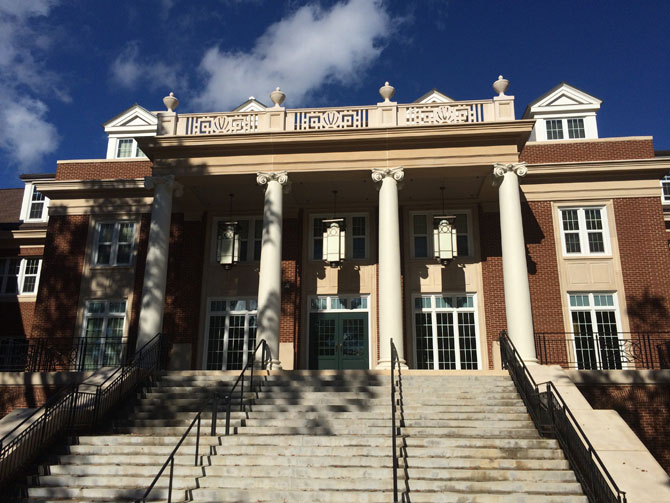 Sniff acknowledged that the university is “not free of sin,” noting the decision to demolish Rutherford Hall in 2012. The dormitory had gone through a lot of wear and tear over its 73-year history, and the administration decided that the cost was too high to retrofit it. The new Rutherford’s design was based on the old one, with some modern amenities added.

“Everybody still argues about it, but I think most people are pretty happy with the end result,” Crowley says.

Kissane is encouraged by the formation of this decision-making matrix, but she still wants to see the university make stronger steps, like a guarantee that some buildings will never meet a wrecking ball.

“I guess that it’s better than what we have today, but I would really love to see the buildings on campus assessed and at least make a commitment to some buildings,” she says.

However, Crowley contends that what will need to be done about these buildings will change over time. “[To] guarantee what you’re going to do today versus what you’re going to do 25 years from now, it’s risky if you’re in the management business,” he says, adding that if he were on the committee, making specific commitments to buildings is something he would try to avoid.

Daniel Nadenicek, dean of the College of Environment and Design and chairman of the steering group, says it’s too early to say which buildings will stay or go, and the focus is on creating a method for making decisions that will be “clear and transparent,” which will include engaging the public. “I think where there have been problems is the lack of this preservation plan that has that decision-making matrix associated with it,” he says.

After Rutherford Hall was torn down, Kissane says she was concerned at the time that the parts of UGA’s South Campus were considered second rate to North Campus. Kissane says the “most important thing” about the plan is the opportunity for the local community and larger university community to participate in the reassessment of “what we view as historic on the campus.”

The next step will be a workshop in the spring of 2015 where all the participants in the master plan can present their findings and begin establishing a set of guiding principles for the future of UGA’s historic structures.

“I believe this plan is going to succeed, because—while I’m sure there will still be some controversies in the future—for the most part it gets everybody to the same table in terms of being able to discuss the pluses and minuses of certain actions,” Nadenicek said. “What we want to do is pull it away from confrontation to a real, rational discussion about what should happen, based on the information that we’re gathering.”