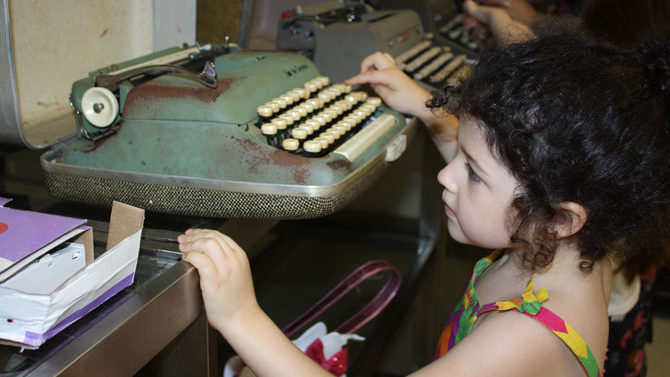 Athens Area Habitat for Humanity is emerging from its dusty warehouse. Aug. 20, Habitat’s 25th anniversary, a new ReStore opened on the Atlanta Highway.

The first ReStore is a Barber Street fixture, but it’s a bit out of the way for the casual thrifter. The new store’s location—an empty big box near Commerce Boulevard where Lowes and AT&T once stood—should draw in more drive-by shoppers, executive director Spencer Frye says.

“Very rarely do you find [the Barber Street] store because you drove by it,” he says. “More often than not, you find it because someone told you about it, or you know it’s there. The traffic count on the Atlanta Highway is upwards of 40,000 cars a day, so it’s a great opportunity to extend our message and our mission.”

Habitat home recipients, who must complete 500 “sweat equity” hours as part of the organization’s home ownership program, will be able to work in the new store as well as the original one. Many of the new store’s staff are simply transplants from the Barber Street location, says public outreach director Rachel Gwyn. And longtime customer Vic Peel, formerly of Vic’s Vintage, will manage the new ReStore.

“He was concerned about our community,” Frye says. “He believes the things that Habitat believes in. I just basically recruited him to help me open and operate our stores to fulfill our mission, and he’s using it as a way for him to give back to his community.” 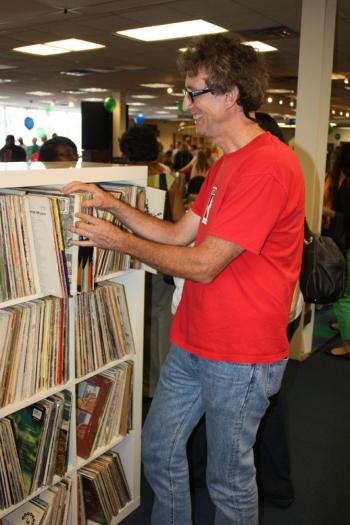 Peel will focus solely on the ReStore, which funds Habitat efforts and is a boon to the city’s recycling efforts. He has turned his own shop over to his son and agreed not to pick through ReStore items before they hit the sales floor.

Though the two ReStores will sell pretty much the same stuff—namely, anything that can be thrifted—the new one has a different look.

“The space we currently have on Barber Street is very much of a warehouse,” Gwyn says. “Very high ceilings, no central heating and air, a lot of space. But this one looks more like a store, if that makes sense.”

The Atlanta Highway isn’t the prettiest part of Athens, but Habitat expects good things from its new location.

“It’s in a great part of town,” Gwyn says. “That part of town is growing faster than we ever expected, and we’re just excited to be a part of it now.”

It’s also shrinking, as new businesses replace chain stores that are shutting down due to Internet competition or moving out to a new outdoor mall in Oconee County. The Gap in the Georgia Square Mall recently closed (and donated its display materials to Habitat for use in the new store) and so did the Old Navy on Atlanta Highway. Both have opened outposts at Epps Bridge Centre.

A mile down Atlanta Highway from the ReStore, another expansion is taking place. Athens Church is purchasing the rest of the Perimeter Square shopping center where it already resides.

Two years ago, the church raised money to renovate 45,000 square feet in the old Walmart-turned-Steve & Barry’s-turned-empty-building. It renovated 20,000 more square feet in 2012 to keep up with membership growth. Last spring, owners Mimms Enterprises approached the church about buying the remainder of the 28-acre complex for less than it owes the bank. The property is undergoing an environmental and property condition assessment right now, but Athens Church is otherwise ready to buy.

The current Perimeter Square tenants, which include Cato, Goodwill and American Black Belt Academy, will remain there for the foreseeable future; acquiring the space is a provision for longterm goals, Bayne says, though the immediate doubling of church parking is a plus. Still, Athens Church hopes to make improvements to the buildings soon.

Bayne says he hopes by broadening its presence, Athens Church can bring some local character back to the Atlanta Highway.

“If you look around our church, this is a very Athenian type place,” he says. “We want it to look and feel like Athens. So it’s very much our heart and, we feel like, God’s heart to take something that’s run-down and restore it into something that’s a little more beautiful.”

That sentiment is nothing new, though in less spiritual terms. With many Athenians complaining about the corporate ugliness of Atlanta Highway and calling for local businesses to fill in strip malls and empty buildings, Athens-Clarke County Commissioner Mike Hamby is chairing a committee on how best to develop it.

“I want to keep the door open to whatever possibilities exist as far as making sure that the corridor is vibrant and continues to be so for the next many years to come,” Hamby says. “So certainly, the Habitat ReStore and Athens Church are a good part of that and really will help us meet our goals for that corridor.”