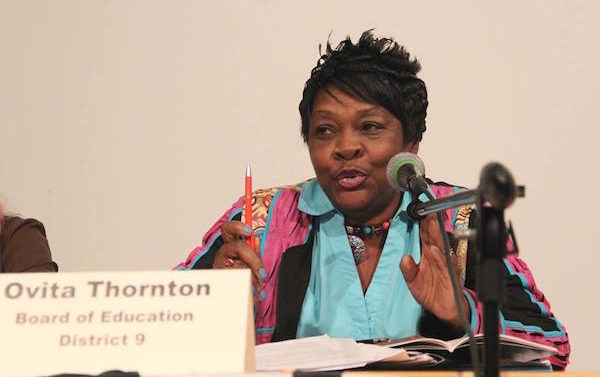 A panel of education experts left no doubt about the intention to vote “no” this November against Amendment 1, the Opportunity School District constitutional amendment, at the latest Athens-Clarke County Federation of Neighborhoods meeting Monday.

The amendment, which would allow the state to overtake schools labeled as “persistently failing,” faced criticism throughout the forum, which focused on one question: “Who will control our schools?”

The amendment’s language is broad, vague and a “power grab,” said C.J. Amason, a local parent and director of the Foundation for Excellence in Public Education.

“This is an umbrella amendment for any future legislators to change the rules we now understand,” said Karen Solheim, past president of the Georgia Association of Educators. “That scares the crud out of me, based on past experience of what legislators think is good for education.”

An approved amendment would also increase government regulation and bureaucracy, rather than focus on community engagement, said Briana Bivens of Keep Georgia School Local, a group advocating against the amendment.

At the local level, educators want the newly-implemented local school government teams to have time to take hold at Clarke County Schools. At the national level, mandates are still being passed down from the newly-signed Every Student Succeeds Act, and at the state level, legislators still need to act on recommendations from the Georgia Education Reform Commission to change the state’s funding formula for public education.

“Education is big money, y’all. People have realized that now, but it has nothing to do with the students,” said Ovita Thornton, a Clarke County Board of Education member. “If this were a sincere attempt to fix failing schools, officials would have waited to see what national and state changes would entail.”

The Amendment 1 language is based on similar initiatives in Louisiana, which were repealed this year, Bivens noted. The language also sounds similar to previous proposed amendments regarding charter schools, school vouchers and school choice in Georgia. The panelists encouraged voters to talk to others about Amendment 1, particularly the vague phrasing.

“I can see voters who care about children reading the amendment and voting ‘yes’ because they genuinely want to improve schools,” Amason said. “But this is not the way to do it.”

The Federation of Neighborhoods meets at 7:30 p.m. at Cine on the first Monday of each month to discuss local civic issues.