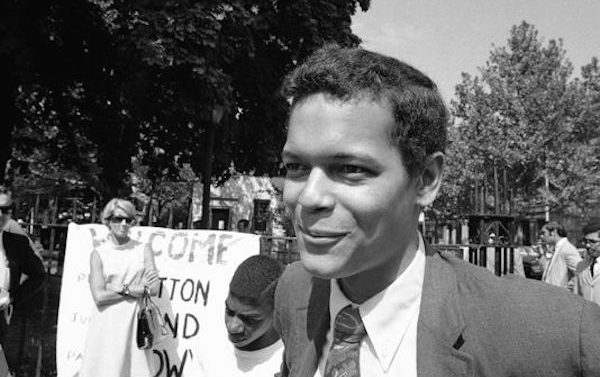 Julian Bond, the young college activist from Atlanta who grew to be one of the most influential figures in America’s struggle for civil rights, died Saturday night in Fort Walton Beach, FL, after a brief, undisclosed illness.

Bond’s stature in the movement to achieve equal rights for blacks during the 1960s was exceeded only by Martin Luther King Jr., as he agitated, organized, campaigned and spoke out against the segregationist practices of his hometown and region.

His celebrity was such that at one point during the 1968 Democratic National Convention, he was asked about the possibility of being nominated for vice president. With his puckish sense of humor, Bond noted that at 28, he fell short of the constitutional age requirement for that office.

Near the end of his life, Bond acknowledged that there had been some improvement, although not nearly enough, in the relationship between the country’s races.

“It’s certainly better than it was when I was in college,” he said in an interview shortly before his 75th birthday. “But we’re not there yet. We’ve still got a lot more to do.”

Bond was a student at Morehouse College in 1960 when he got caught up in the activism for civil rights that started with sit-ins by college students in Greensboro, NC. He was one of the founders of the Student Non-Violent Coordinating Committee and became a high-profile spokesman for civil rights protesters as SNCC’s communications director.

Attractive and photogenic, Bond was one of the icons of the civil rights movement that was headquartered in Atlanta under the leadership of King and other groups such as the Southern Christian Leadership Conference.

Bond moved into elective politics after court rulings forced Georgia to redraw legislative districts and allow black candidates to run for the General Assembly. Leroy Johnson was the first black elected to the state Senate in 1962, followed by Bond and 10 other blacks elected to the House in 1965.

Before Bond could be sworn into office in January 1966, he made several public statements critical of the U.S. involvement in the Vietnam war.

The comments outraged the white, largely rural Democrats who then ran the legislature, and they vowed they would not allow Bond to take his seat in the House. A special committee was appointed to consider the case.

When one of the legislative leaders was asked what Bond might have to do to be seated, he replied: “This boy has got to come before the committee, recant, and just plain beg a little. We have got to have something to hang a hat on. If he will do that, it is going to put the committee on a spot where they’ll just have to seat him.”

The “boy” did not recant nor beg, even a little. The House subsequently voted 182-12 against allowing Bond to take office. The 12 votes for Bond all came from Fulton and DeKalb county legislators.

Bond sued the General Assembly in a case that went all the way to the U.S. Supreme Court. While that appeal was pending, he won the special election to fill the vacancy in his House seat, and then was elected to another full term in the House in November 1966.

The Supreme Court ruled on Dec. 4, 1966 that it was “not persuaded” that legislators could legally deny Bond his seat simply for exercising the right to free speech. He was sworn into office about five weeks later.

Bond served four terms in the Georgia House and six terms in the state Senate before deciding to move up and run in 1986 for the 5th Congressional District seat in the U.S. House. His chief opponent in what became a bitterly contested race was another icon of the civil rights movement, John Lewis.

Lewis made headlines during that campaign by bringing up hints of drug use and urging Bond to contribute a urine specimen for drug testing. The battle between the two black candidates was tagged “Jar Wars” in the media.

Lewis eventually won the Democratic primary runoff against Bond and is still serving in the U.S. House. That campaign marked the end of Bond’s political career—he never ran for elected office again.

Even though he was out of office, Bond retained a high profile on racial issues, serving as president of the Southern Poverty Law Center and for 10 years as chairman of the NAACP. He was the narrator of “Eyes on the Prize,” the PBS documentary series on the history of the 1950s and 1960s movement.

Bond wrote and lectured about the civil rights movement and taught at several universities, retiring from his last teaching post at the University of Virginia in 2012.

Ride Free Buses to Brunch and the Farmers Market This Weekend