Candidates Claim Georgia’s the No. 1 State for Business—Is It Really? 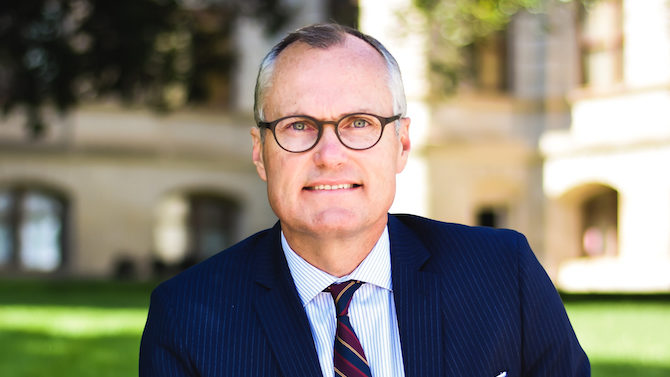 Now that the legislative session has ended, the candidates are fanning out across the state as they run for statewide office or for another term in the General Assembly.

One phrase that you will hear over and over in this campaign season—believe me, you will hear it until you’re sick of hearing it—is that “Georgia has been rated the best state to do business in for five years in a row.” Gov. Nathan Deal inserts the phrase into every announcement out of the governor’s office of new industry relocating to the state. House Speaker David Ralston seemed to find an excuse to utter it every day during the just-completed session. The words showed up in a lot of floor speeches as well.

As the campaign for governor heats up, you can already hear the claim being made in some of the early TV commercials. Who rated Georgia as the best state to do business? And how credible is that ranking?

The ranking comes from Site Selection magazine, a corporate real estate publication with offices in Peachtree Corners. For each of the past five years, Site Selection has indeed ranked Georgia as having the best business climate.

My colleagues at Politifact decided to examine the credibility of that rating several months ago after Lt. Gov. Casey Cagle claimed in a speech that “for four years in a row, we are the No. 1 state to do business in” (Cagle has since updated that statement to five years). Politifact found that Site Selection isn’t the only media outlet ranking the states. The business channel CNBC, for example, ranked Georgia second on its list of business-friendly states, while the long-established Forbes magazine put the state in seventh place. Those are respectable rankings, to be sure, but they aren’t No. 1.

Other academic and media outlets were not nearly so kind to our fair state. The Beacon Hill Institute for Public Policy Research, a conservative think tank in Boston, dropped Georgia all the way down to 24th in its ranking of the states—somewhere around the middle of the pack. Researchers at Ball State University put Georgia at No. 15, which is better, but still a long way from the top of the list. There are many media outlets who rank the business climates in the various states. They all have their own secret sauce of factors they use in determining how high or how low a state will be ranked.

Now, don’t get me wrong. Georgia is obviously a good state for those businesses that choose to do business here. That’s why corporations like Porsche, Mercedes-Benz, Honeywell and Kaiser Permanente have made major relocations or expansions here in recent years. The state has also become a leader in the production of movies and TV shows.

One good reason for selecting Georgia is obviously the location of the nation’s busiest airport at Hartsfield-Jackson. Another is the abundant pool of talent provided by institutions like Georgia Tech, Georgia State, Emory, the University of Georgia and a well-regarded technical college system.

That brings us back to my original question: Is Georgia the best place ever for doing business? One business publication says yes. Other credible sources aren’t quite so glowing in their assessment.

You are going to hear candidates continue to make the claim that Georgia has been ranked as the No. 1 business climate for the last five years. It isn’t exactly a lie, but it is very misleading. As with anything you hear a politician say, take it with a huge grain of salt.