Will a Blue Wave Wash Over Georgia This November? 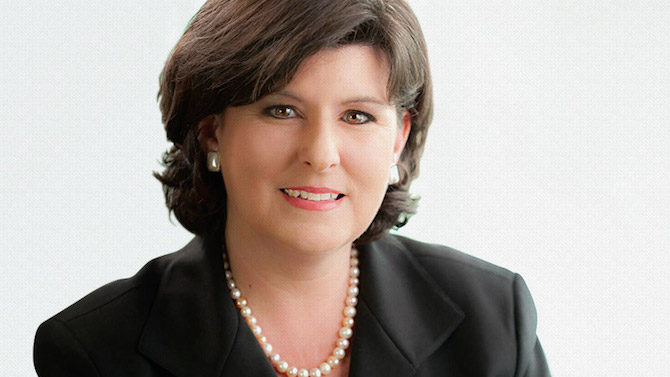 The signs seem to point to a comeback this fall by Democrats at the state and congressional levels, with a possibility that the party will take over control of the U.S. House and possibly even the Senate.

More than 30 Republican congressional incumbents aren’t running for reelection. President Trump’s low approval ratings (still in the low 40s) have produced an energized base of Democratic activists who have done such things as elect Democrat Doug Jones the new senator from Alabama.

The talk of a possible wave intensified last week when U.S. House Speaker Paul Ryan (R-Wisconsin) said he would not run for another term in the House, ending a 20-year career in Congress. Ryan’s retirement was seen in many quarters as another troubling sign for Republicans who already faced the prospect of losing control of the House. By not choosing to stand and fight, they contend, he’s damaging the morale of Republicans who are running for reelection.

But there’s a possibility the wave could miss Georgia completely at the congressional level. That’s because skillful gerrymandering by the Republican leadership in the General Assembly has drawn a set of congressional districts that are so deep red they’re almost fire-proof. Republican Reps. Tom Graves, Barry Loudermilk, Doug Collins, Jody Hice, Rick Allen, Buddy Carter and Drew Ferguson will be difficult, if not impossible, to dislodge.

The two districts that might produce competitive races feature incumbents Karen Handel in the 6th Congressional District and Rob Woodall in the 7th District. They have both drawn a flock of Democratic opponents, some of whom are raising serious money. Their districts are also trending a bit more Democratic in recent cycles.

The 6th District in the northern Atlanta suburbs set a record last year for the most expensive congressional special election ever. Handel prevailed over Democrat Jon Ossoff, but only by four percentage points.

The 7th District includes a wide swath of Gwinnett County, which has become Georgia’s most rapidly diversifying county thanks largely to an influx of immigrants. Woodall has not faced serious opposition in his four campaigns for Congress, winning each with 60 percent of the vote or more against negligible Democratic opposition. But several Democrats are gunning for him this year:  Carolyn Bourdreaux, David Kim, Ethan Pham, Kathleen Allen, Melissa Davis and Steve Reilly.

Bourdreaux, a Georgia State professor, might seem better suited for a legislative race.  She was once the budget officer for the state Senate and has a deep knowledge of the state budget. But so far she has raised more money ($471,281) than anybody in this race—including Woodall, who has put up the modest total of $385,486. Kim and Pham are right behind them, each having raked in contributions of about $173,000 apiece. Kim, an educational publisher, has also put $228,000 of his own money into his campaign. The other candidates have raised less than $35,000 apiece.

In the 6th District, Democrats Kevin Abel and Bobby Kaple have emerged as the chief threats to Handel. Each candidate has raised more than $150,000 so far, an amount that will surely increase if one of them should win the Democratic primary. They both have taken sharp positions against Trump on the issues of healthcare and immigration (Abel himself is an immigrant from South Africa). Kaple goes so far in one of his TV spots as to say, “Thank God for Obamacare,” a statement you would have heard few Democratic candidates dare utter two or three years ago.

If a blue wave does materialize here, those are the most likely places to look for it. If it’s more widespread than that, you’ve really got a game-changer on your hands.