Meet the First Same-Sex Couple to Get Married in Athens 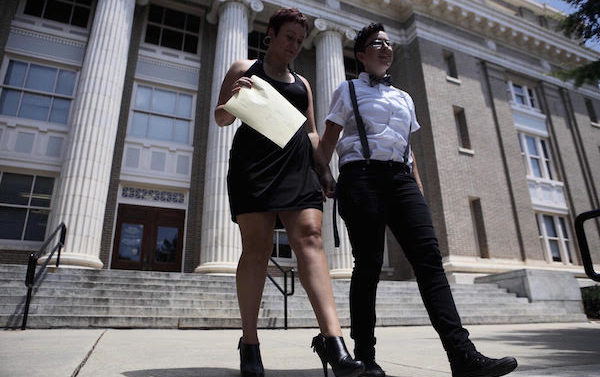 Jordyn Dolente and Moriah Martin were the first couple to get a marriage license in Clarke County this morning after the Supreme Court legalized same-sex marriage nationwide.

“I never thought that this was going to happen, especially in Georgia,” Dolente said. “We thought marijuana would be first.”

The couple has been together for a year and a half. Their marriage ceremony is scheduled for 2 p.m.

“This contract is just legal,” Brown said. “We felt like we were already married.”

They’ve been together for six years and had a ceremony three years ago at the Unitarian Universalist Fellowship of Athens, although the state of Georgia did not recognize it until now.

“It feels like we’re finally citizens,” Carrell said. “We finally have the same rights as the citizens of the United States.”