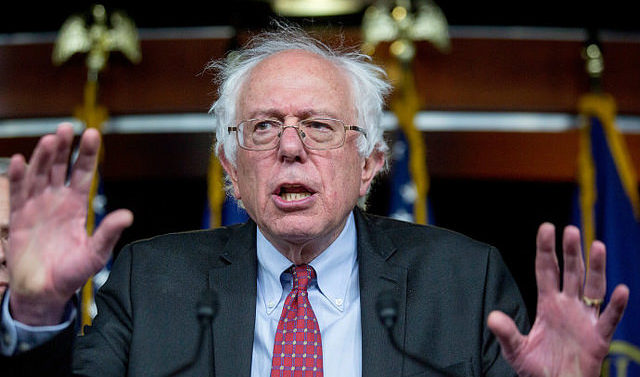 Chants of “Bernie! Bernie!” rang loud as residents of Athens-Clarke County joined millions of people around the country by starting a grassroots committee in support of Sen. Bernie Sanders (I-Vermont) for the upcoming 2016 Presidential Election.

The committee had their first meeting Saturday at the Blind Pig Tavern before splitting up into subcommittees to focus on campaigning for Sanders, who identifies as a socialist but caucuses with Democrats. He’s running against Hillary Clinton and former Maryland Gov. Martin O’Malley for the nomination.

Michael Gibson founded Athens for Bernie Sanders not long after Sanders announced his candidacy for the 2016 election, though he had been following the Vermont senator’s career long before his aspirations for the White House.

Describing Sanders as a “once in a generation” type of candidate, Gibson first started following Sanders over 10 years ago to when Gibson was involved with the anti-war movement at the seminary he was attending. He, like Sanders, was “against the Iraq War and the employment of enhanced interrogation.

Another member of the committee, Star Wright, made it a point to bring up Sanders’ platform, which consists of 12 initiatives, including  raising the minimum wage, making college and child care more affordable, working towards equal pay for women, reforming trade policies, removing loopholes through tax code reforms and expanding Social Security, Medicare, Medicaid and nutrition programs. Those and the rest of Sanders’ platform can be found at berniesanders.com.

The committee will be having their next meeting Wednesday, July 29 at the Athens Regional Library. There, they will be watching a live video conference of Sanders. To find out more information, check out their Facebook page, Athens for Bernie Sanders.