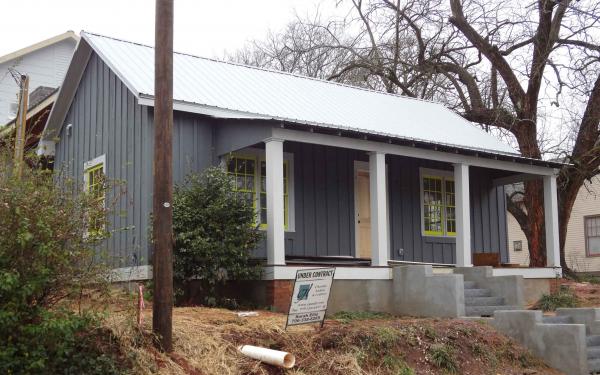 
Those in the Boulevard Historic District will be happy to know that design modifications for the behemoth addition at 321 Dubose Ave. were denied on Feb. 20 by the Historic Preservation Commission.

According to the ACC Planning Department, plans for the extremely large addition to the rear of the house were approved by the HPC last April against the recommendation of the department. The addition has caused a bit of an uproar because many concerned neighbors never thought the addition was appropriate for the neighborhood.

Homebuilder Tom Ellis explained to the HPC that grading issues were the reason the addition is nearly five feet feet taller than originally approved.

Because the HPC denied approval for modifications that are already underway, Ellis now has limited options: he can appeal to the Mayor and Commission; modify the plans to satisfy the HPC and come back with a new certificate of appropriateness; or tear down and rebuild the addition as originally approved by the HPC in April.

Win Tickets to The Big Bird Bash in Macon This Saturday

Yip Deceiver and the Eternal Groove