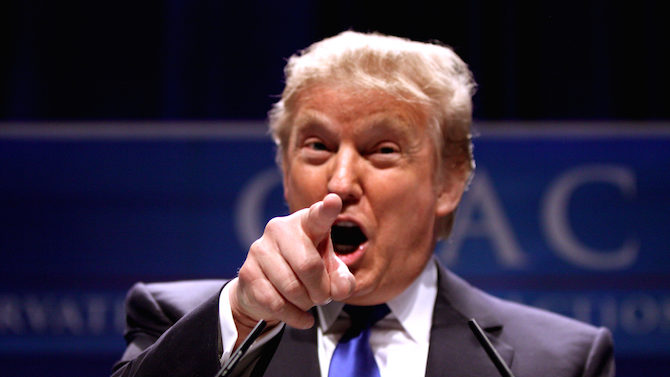 Think back to that time 18 months ago when America was in the middle of a very contentious presidential campaign. Donald Trump was claiming then that he would raise taxes on the wealthy, particularly the hedge fund managers. He vowed that he would take on the “power structure” in Washington and “drain the swamp” of all the lobbyists and other bottom-feeding types who had hurt the country’s working class.

Trump said that as a billionaire, he knew how the system was rigged. He said he would be able to work around that rigged system for the benefit of the people if he was elected president.

As it turned out, he didn’t really mean it. Once he was in power, Trump did no such thing as drain the swamp. He filled it even deeper by appointing billionaires to his cabinet and putting people in charge of agencies like the EPA who are trying to wreck those departments.

The culmination of this hypocrisy was the passage by the Republican-controlled Congress of a tax cut bill that rewards billionaires and the wealthy while handing out crumbs to middle-income and working-class families.

Although most Americans stand to get a modest tax break when the legislation takes effect, more than 80 percent of the benefits will go to the wealthiest 1 percent of taxpayers. Most of the tax breaks for middle- and low-income families will expire by 2027. The large reduction in corporate tax rates, however, is permanent.

Trump eagerly supported passage of this tax cut bill and claimed that he wouldn’t benefit from it.  That is a lie. The bill allows the wealthy to pass along a tax-free inheritance of up to $22 million to their heirs (that’s double the current limit of $11 million). Trump’s family will absolutely benefit from that.

The centerpiece of the tax cut bill is a reduction of the corporate tax rate from 35 percent to 21 percent. This reduction stays in effect even when all the modest tax breaks for individuals have expired.

Supporters of the bill claim that this tax break will motivate corporate CEOs to invest more in their business, hire more people, and boost the wages of workers. That is also a lie. Michael Bloomberg, the billionaire who founded Bloomberg News Service, described it this way: “Corporations are sitting on a record amount of cash reserves: nearly $2.3 trillion. That figure has been climbing steadily since the recession ended in 2009, and it’s now double what it was in 2001. The reason CEOs aren’t investing more of their liquid assets has little to do with the tax rate.

“CEOs aren’t waiting on a tax cut to ‘jump-start the economy’—a favorite phrase of politicians who have never run a company—or to hand out raises. It’s pure fantasy to think that the tax bill will lead to significantly higher wages and growth, as Republicans have promised. Had Congress actually listened to executives, or economists who study these issues carefully, it might have realized that.”

The bill that Trump will sign does more than cut taxes. It eliminates the mandate in Obamacare for individuals to buy health insurance coverage. That will effectively gut the Affordable Care Act. It is estimated that eliminating the mandate will increase the number of uninsured people by 13 million and increase insurance premiums for those who remain in the Obamacare market by 10 percent or more.

The people who will be hurt the most—or will benefit the least—by the tax cut bill are those working-class, non-college-educated people who turned out in droves to vote for Trump in 2016. They thought they were voting for a man who would actually drain the swamp in Washington and do something to benefit them for a change. They were all played for suckers.