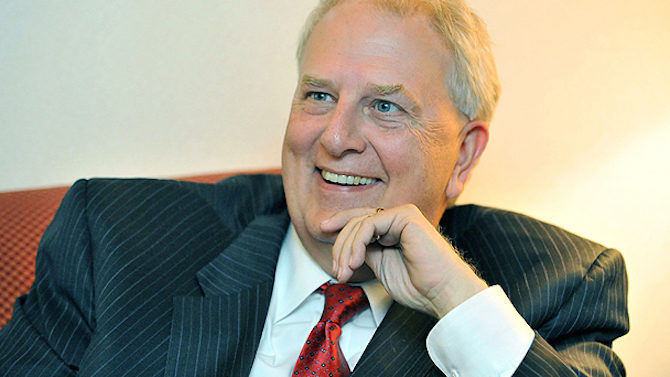 Back in 2001 and 2002, there was no Democrat more hated by Georgia Republicans than Roy Barnes, who was then the state’s governor.

Barnes was an activist governor who signed legislation de-emphasizing the Confederate battle emblem on the state flag. He also pushed through a bill gerrymandering legislative districts that greatly disadvantaged Republicans. They worked to bring about his defeat in the 2002 election, one of the state’s most shocking political upsets ever.

Barnes may have ticked some people off as governor, but he’s widely considered to be one of Georgia’s most talented courtroom lawyers. I share that opinion, having had the opportunity to watch Barnes when he was working for the Cobb County district attorney’s office many years ago. Even though he was just a 25-year-old prosecutor back then, you could tell that Barnes was going to be a good one.

In the years since Barnes lost the 2002 governor’s race, the same Republicans who cussed him out then have been quick to hire him when they found themselves needing legal firepower to win a court case. You can start with Sonny Perdue, who upset Barnes in that governor’s race. Perdue didn’t just have political differences with Barnes, he had a seething hatred of the incumbent governor that came through loud and clear every time Perdue addressed his Confederate-flag-waving supporters in that campaign. And yet, it was Barnes that Perdue hired in 2014 when he needed an attorney to file a lawsuit to recover more than $1.5 million allegedly owed to a grain merchandising firm that Perdue owned.

Republican House member Glenn Richardson was another fierce critic of Barnes back when Barnes was the governor. In 2012, when Richardson was no longer a legislator, he brought in Barnes as co-counsel on a lawsuit that alleged Georgia Power had improperly collected sales taxes and fees on a nuclear construction surcharge. Richardson called Barnes “one of the greatest minds I’ve ever known.”

House Speaker David Ralston, a Republican, hired Barnes to represent him in 2015 when Ralston was dealing with a complaint filed with the State Bar that alleged he had misused client funds. Hiring Barnes turned out to be a good decision. Ralston eventually received a public reprimand from the state Supreme Court but was not suspended or disbarred.

The latest Barnes development happened last week when his law firm was retained to represent Secretary of State Brian Kemp in a lawsuit challenging the state’s election systems. This one is a real eyebrow-raiser because Kemp is a Republican candidate for governor who constantly attacks “liberal Democrats” and “leftist radicals.” Barnes is still a Democrat who has made campaign contributions to Stacey Evans, a Democratic candidate for governor.

“I definitely don’t see eye to eye with Gov. Barnes on a lot of issues, but I think anyone would tell you he’s a damn good lawyer,” said Kemp. Barnes is such a “damn good lawyer” that he’s among the top echelon of attorneys who typically charge their clients $700 an hour or more for their legal services.

Before Barnes was elected governor in 1998, he served a few terms in the state House of Representatives. One day, then-Speaker Tom Murphy gave a tearful speech in support of a bill he wanted the House to pass. Barnes sauntered back to the House press gallery and told reporters, “I don’t cry in court for less than $20,000.”

It has been reported that Barnes will be paid $250 an hour in tax funds for his defense of Kemp in the election lawsuit, so he is giving the state a bit of a discount.

Regardless of how much he may be paid for his legal representation, Barnes has showed us one important thing: In this politically polarized era, he’s proved that bipartisanship is still possible.