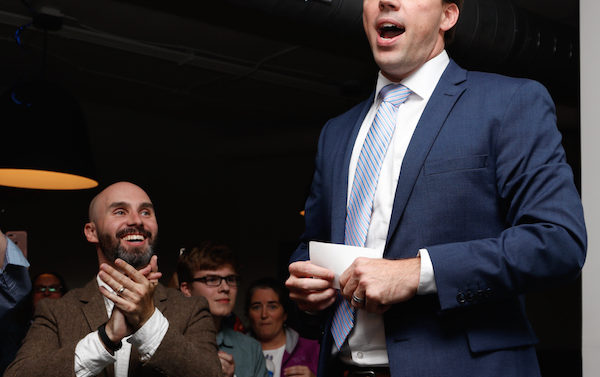 Wallace won strongly in the Clarke County part of the evenly split 119th District, ending with 56.7 percent of the votes in the unofficial tally—enough to avoid a runoff on Dec. 5.

Democrat Deborah Gonzalez dominated voting in Clarke County, giving her 53.1 percent of the votes in the 117th, which, in addition to Clarke County and Oconee County, includes parts of Barrow and Jackson counties.

The special elections were called when Republicans Regina Quick and Chuck Williams resigned to assume a Superior Court judgeship and the directorship of the Georgia Forestry Commission, respectively

The results indicate that the Republican-dominated Georgia General Assembly in its 2011 redistricting session underestimated the power of Clarke County to control the election outcome in the two districts.

The Dawgs Keep Choppin’ in Win Over South Carolina