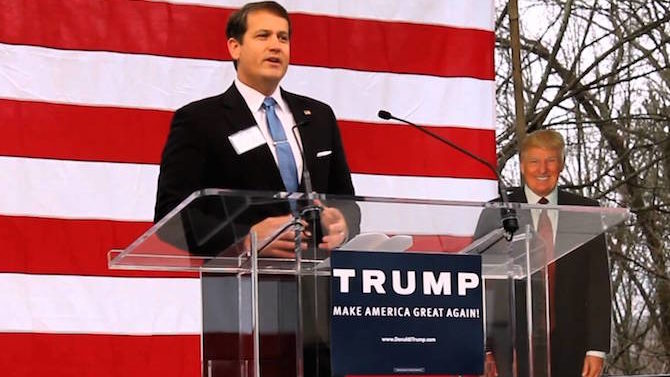 Several candidates for higher office are employing an old campaign strategy: attack the establishment as being hopelessly corrupt and promise to clean up the mess.

There can be something downright heroic about the lonely crusader who takes on the corrupt, powerful people in charge and actually vanquishes them. Thus we have Geoff Duncan, a former legislator from Forsyth County and a candidate for lieutenant governor, saying this: “Our state Capitol is a mess. Let’s be honest. The special interests run the show—in both parties. Contracts are handed out for favors. You, the taxpayers, get left out. That’s got to change. As lieutenant governor, I’ll fight for ethics reform—to clean up the cesspool.”

Then we have state Sen. Michael Williams, also from Forsyth County and a candidate for governor, saying this: “It is time to destroy crony capitalism and root out the elite and corrupt players who orchestrate it… Our campaign is powered by the people, not lobbyists and special interest groups.” For good measure, one of Williams’ campaign aides added, “Michael Williams stands with working-class Georgians instead of corrupt special interests.”

There is also former legislator Hunter Hill of Atlanta, who is running for governor: “Career politicians support the status quo to ensure they don’t offend the lobbyist and special interests. What they don’t do is deliver results.”

There’s just one little problem with this approach. Duncan, Williams and Hill are all Republicans. They are attacking a state government establishment that is totally populated by members of the Republican Party. If there is as much corruption and undue influence of lobbyists as they claim, then it’s happening in a government run by their own party.

For the past 15 years, the governor of Georgia has been a Republican. Since the 2005 General Assembly session, Republicans have held majority control over both the state Senate and House of Representatives. No bill passes either chamber unless the Republican leadership says it’s OK. In recent years, that GOP majority has amounted to nearly two-thirds of the seats in both chambers.

Democrats don’t pass important bills in the legislature, because they only have about one-third of the votes. They don’t award state contracts or steer state business to their favored cronies. That’s entirely a function of the majority party.

Lobbyists do wine and dine a few Democrats, but far more of their attention and spending is devoted to the Republican leadership along with the Republican rank-and-file. They’d be crazy to do otherwise.

The criticisms of Williams, Hill and Duncan would make sense if Georgia’s government was controlled by the Democrats. But it’s not—their own party has held an iron fist over all the proceedings for the past 12 years. When they say the things they do, they’re slandering the political party that they’ve been part of for so long. You wonder when Sonny Perdue or Nathan Deal is going to rise up and strike back at his critics.

There’s a good reason why these candidates are taking this anti-establishment approach. They are running low in the polls against candidates who are more palatable to the establishment. Williams and Hill have both been running at single digits in the few public polls that have been released for the GOP primary, far behind Lt. Gov. Casey Cagle.

While Williams constantly reminds voters he was the first Georgia legislator to endorse Donald Trump for president, that hasn’t done him a lot of good. He’s been stuck down at 3 or 4 percent in the early polls.

There hasn’t been much polling of the race for lieutenant governor, but Duncan is considered the underdog at this point to state Sen. David Shafer (R-Duluth), who has raised a ton of money.

When you’re behind, why not throw a few bombs?