Sex Trafficking and Fire Safety Are on the November Ballot, Too 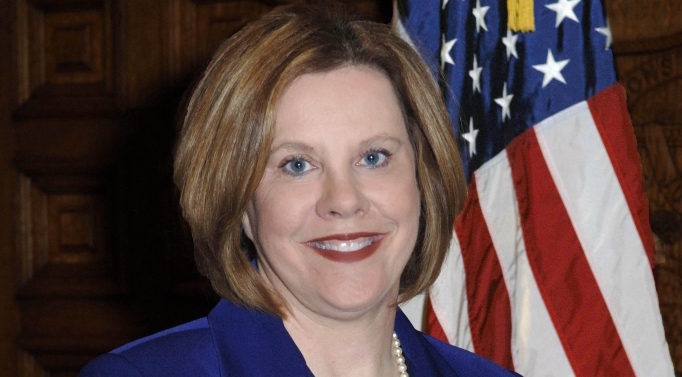 In recent columns, we have discussed two of the four constitutional amendments that voters will see on their ballots Nov. 8.

Amendment 1, as it is numbered on the ballot, would authorize the creation of an “Opportunity School District,” Gov. Nathan Deal’s proposal for the state to take over the operation of under-performing schools.

Amendment 3 would dissolve the Judicial Qualifications Commission, the agency that investigates misconduct by judges, and replace it with a commission controlled by the legislature.

Two other constitutional amendments are also on the ballot, so let’s take a look at them.

Amendment 2, authored by state Sen. Renee Unterman (R-Buford), would create a “Safe Harbor for Exploited Children Fund” that would collect state funds and use them to pay for housing, counseling and medical treatment of young people who are exploited by sexual traffickers. The money would come from two sources: a $2,500 fine levied upon those convicted of sexual exploitation crimes, and an annual fee from topless nightclubs and other adult businesses that amounts to $5,000 or 1 percent of their yearly revenues, whichever is greater.

Critics of Unterman’s proposal argue that it’s not equal treatment to force nightclub owners who haven’t broken any laws to pay for crimes committed by other people. The legislation does not impose fines on other venues that are used by sex traffickers, such as massage parlors, internet websites, hotels or truck stops.

“This bill is wrong and, quite honestly, it is dishonest,” Rep. David Stover (R-Newnan) said before joining other libertarian-minded legislators to vote against the measure.

Amendment 4 would require that the excise taxes collected on the sale of fireworks be spent only for trauma care, fire services and local public safety purposes in Georgia. The tax revenues would be dedicated strictly to these uses and could not be diverted to other programs when legislators are writing the budget. If Amendment 4 is approved by the voters in November, the excise tax revenues would be divided this way: 55 percent to the Georgia Trauma Care Network Commission, 40 percent to the Georgia Firefighter Standards and Training Council for the training of firefighters and 5 percent  to local governments for public safety purposes.

“There are no new taxes in this bill,” said Sen. Jeff Mullis (R-Chickamauga), who sponsored the legislation. “It’s simply an allocation of where the existing taxes go.”

Of all the amendments on the ballot, Amendment 4 may be the one that’s the most worthy of passage. One of Georgia’s biggest healthcare shortcomings is the lack of medical facilities that can provide trauma care for seriously injured people.

South Georgia especially is lacking in trauma care centers that could provide urgently needed treatment for people who are mangled in car crashes or shot in hunting accidents. The Interstate 75 corridor from Macon to the Florida border has been called the “Corridor of Death” because there aren’t enough conveniently located trauma care facilities to serve the population.

There was a similar constitutional amendment on the 2010 ballot that would have generated about $80 million a year for the state’s trauma care network through the addition of a $10 fee on license tag renewals. It lost by a 53-47 percent margin. Voters have another chance with Amendment 4 to raise some badly needed funds for trauma care if they should vote to pass it.