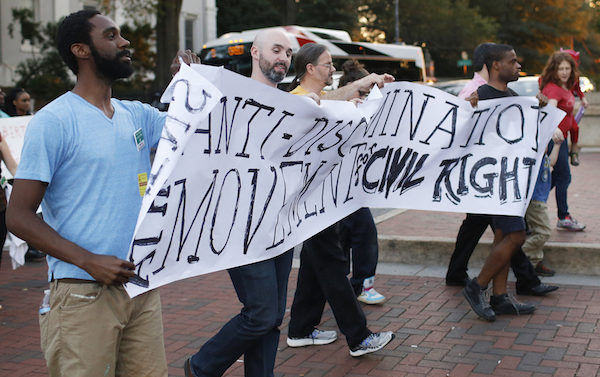 Mayor Nancy Denson will put a proposed anti-discrimination ordinance back on the agenda next month, she announced at the Athens-Clarke County Commission meeting Tuesday night, shortly after hundreds of protestors marched on City Hall to demand a vote on the ordinance.

About 200 protesters marched from the Arch and gathered outside City Hall, then entered the building singing and chanting as the meeting was getting underway. Several dozen of them stood in the back of the commission chamber continuing to sing as new Public Utilities Director Frank Stevens attempted to introduce himself to the commission.

Denson told the protesters that she would have police escort them out if they didn’t quiet down. “I think it’s not loud enough, if you ask me,” one woman replied. But the crowd did grow quieter when Denson said she would put the ordinance up for a vote Nov. 1 after blocking a vote for the past two months.

Denson didn’t give a reason for the reversal publicly, but in an interview after the meeting, she told Flagpole that although she previously said she wasn’t sure if she would put the ordinance back on the agenda, it was always her intention to do so.

“It was just being flippant, which I probably shouldn’t have been, but I never intended not to put it back on the agenda,” she said. 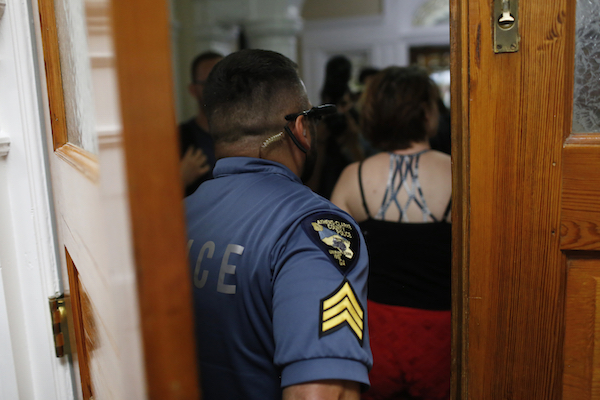 Denson and commissioners took about two hours of public comment from about 30 speakers in support of the ordinance, including former Atlanta City Councilwoman Cathy Woolard, who helped write Atlanta’s much broader anti-discrimination law 15 years ago and offered her assistance to ACC officials.

Woolard said the Atlanta ordinance—which bans discrimination based on race, sexual preference and other factors and covers housing, employment and public accommodations—and the city’s human relations council have been helpful in airing out issues and recruiting businesses and conventions.

“It helped us send a very strong message about the values of our community,” she said.

The proposed Athens ordinance only bans discrimination at bars, which University of Georgia students say often selectively enforce dress codes or fake being closed for private events to turn black and LGBT patrons away.

“If  I were to go downtown on a Saturday night, I would expect to be denied entry to multiple bars based on my dreadlocks,” said Mansur Buffins, president of the UGA NAACP chapter. “They may not say it, but my hair is the reason.” 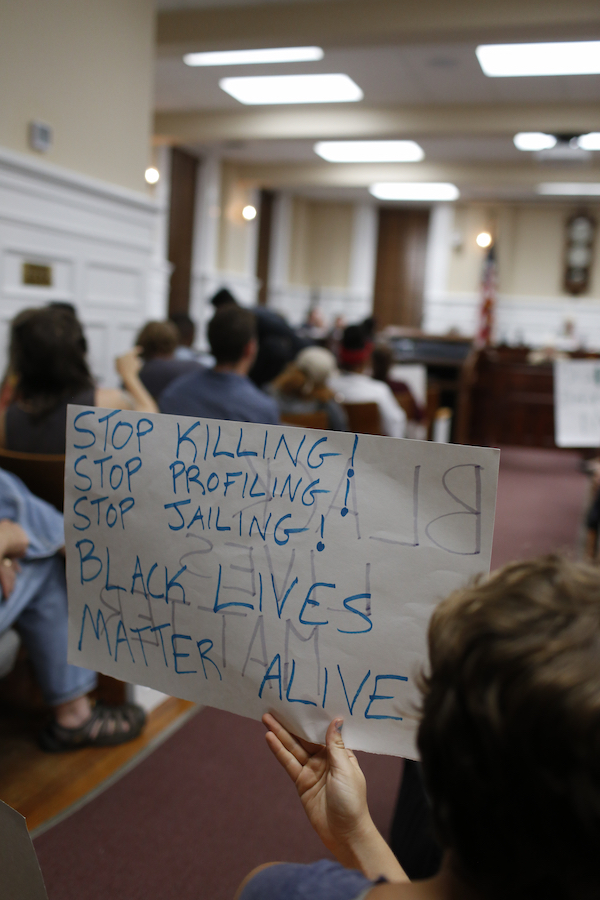 Many speakers said the ordinance should go further, barring discrimination at all types of businesses in Athens.

“It’s not just bars, restaurants and other businesses downtown,” said Clarke County NAACP President Alvin Sheats. “We must address all of Athens-Clarke County.”

County officials, however, say they can punish bars by suspending or revoking their alcohol licenses, but they have no authority to regulate most other types of businesses because they’re licensed by the state, not the local government. Georgia has no law forbidding discrimination.

“There are problems with local government doing something that I can’t go into,” Denson said, citing attorney-client privilege (although that concept generally doesn’t prevent the client from disclosing information, only the attorney). She also said she is afraid false accusations of discrimination could ruin businesses’ reputations.

Jameka Pattman, an Athens Tech student, broke down in tears as she recalled encountering racism when she moved back to Georgia after a childhood spent moving around the world as part of a military family.

Mokah Jasmine Johnson, a leader of the Athens Anti-Discrimination Movement group, said the ordinance will be useless without a civil rights committee similar to Atlanta’s.

“If [the ordinance were to pass] tomorrow, citizens would not know how to use it,” she said. “I don’t know who’s going to teach them how to use it. People don’t even money to pursue the case.” 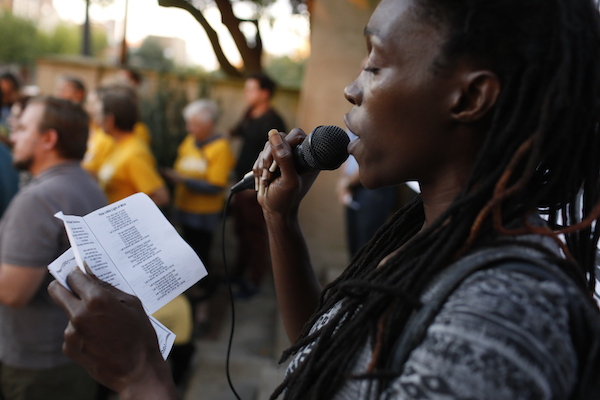 Such a committee could write a non-discrimination ordinance covering employment, housing and public accommodations for consideration by the mayor and commission, as well as policies ensuring that city employees’ benefits, city services are law enforcement are equitable, especially for the LGBT community, NeSmith said. He recommended that commissioners spend part of a retreat next month discussing the formation of a civil rights or human rights committee.