Louisiana’s Expanding Medicaid, and Georgia Should Too 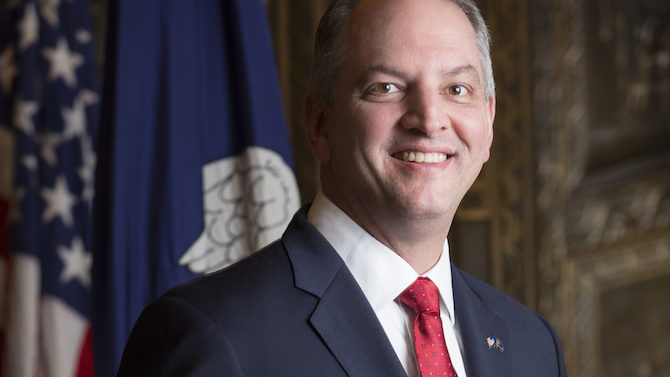 This may be the first time I’ve written these words, but here goes: Georgia could learn a lesson from Louisiana.

On June 1, Louisiana became the first Deep South state to launch a Medicaid expansion program funded through the Affordable Care Act. That happened because of the upset victory last fall of Democrat John Bel Edwards in the governor’s race. Where outgoing Gov. Bobby Jindal refused to expand Medicaid coverage, Edwards pledged to bring healthcare coverage to more low-income residents of the Pelican State. In less than three weeks since the expansion was launched, more than 200,000 had signed up for Medicaid coverage, with a goal of attracting at least 375,000 enrollees.

Edwards’ administration worked around the legislature’s refusal to appropriate money for the administrative costs of expanding Medicaid. Louisianans apply for coverage at the same time they apply for food stamps under the Supplemental Nutrition Assistance Program.

Louisiana’s rollout is being closely watched in other states where Medicaid expansion has been a non-starter, including Georgia. “I really do believe it [coordinating with SNAP signups] would work here,” said Amanda Ptashkin of Community Catalyst, a health care advocacy organization.  “I think the lessons learned in Louisiana certainly will resonate with the Southern states.”

Whether the Louisiana model is followed or not, there is more talk in Georgia these days about the possibility of Medicaid expansion, even if it isn’t directly connected to the ACA. Gov. Nathan Deal and the legislature’s Republican leadership have refused to accept the federal funding available for Medicaid expansion since 2014. That refusal has cost Georgia nearly $9 billion and kept an estimated 650,000 citizens from potentially getting healthcare coverage.

State Sen. Renee Unterman (R-Buford), who chairs the Senate’s Health and Human Services Committee, has been talking about the need for Georgia to bend a little so it can get some of that money. “You have to re-examine where you are because the times change, you can’t stay stagnant,” Unterman said in a public radio interview. “Everything’s on the table, and we need to be open-minded.”

She suggested that Georgia could follow the example of Arkansas, which implemented a version of Medicaid expansion that required recipients to pay small premiums for their coverage. The federal government granted Arkansas a waiver to accomplish this. “The consumer would have to have some skin in the game,” Unterman said. “You don’t want to give these people a handout, but if they contribute to what they’re trying to purchase or get, they have some skin in the game.”

Unterman also acknowledged that the Affordable Care Act, which she has opposed for the last five years, is not likely to be repealed. “I believe some form of it is here to stay, and that’s why I am willing to look at a [federal] waiver,” she said.

One good reason to accept the federal funds is the precarious financial condition of many hospitals, particularly those in rural areas that treat a large number of indigent patients who can’t pay their bills. Since 2013, at least five rural hospitals have shut down because of financial shortfalls. The latest one, North Georgia Medical Center in Ellijay, was in the district of House Speaker David Ralston (R-Blue Ridge), one of the most powerful figures in state government.

If Georgia had agreed to Medicaid expansion three years ago, that federal money would have flowed to the hospitals and might have helped keep them in operation.

Ralston declined to talk about the issue. “We are still more than six months before the 2017 session, and the speaker will be happy to chat in the future should developments warrant,” said his spokesman.

While Ralston waits, thousands of Georgians continue to lack health care coverage and more hospitals are in danger of closing. It’s way past time that the political leadership started talking about this issue.