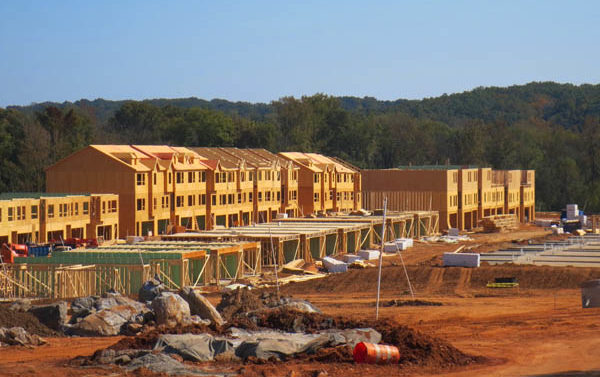 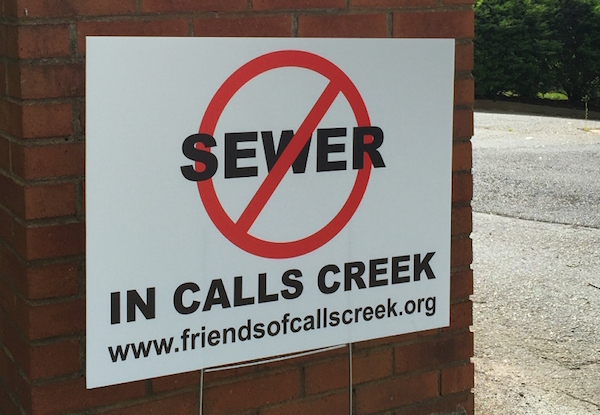 A proposed sewer pipeline down idyllic Calls Creek northeast of Watkinsville and through a series of neighborhoods along the creek has Oconee County in a bit of turmoil. Protest road signs, bumper stickers and T-shirts are popping up around the county.

Board of Commissioners Chairman Melvin Davis, who lost control of several meetings in which citizens voiced their unhappiness, has imposed strict restrictions. Sign-up sheets are required for citizens wanting to speak. A large clock is projected on the screen as people come forward to comment. A loud buzzer goes off if the speaker exceeds the allowed three minutes.

Despite these restrictions, citizens have used the open comment section of meetings, budget hearings, rezone hearings and discussions of sewer and water contracts to make it clear to anyone who wants to listen that a 24-inch pipeline with its required 30-foot buffer is not wanted.

Now, it turns out, the county has been less than transparent about the reason for the pipeline. Draft plans with a specific route were in place a year before the county told citizens it was planning for the project.

The decision to build the line results from an inability of the county to come to terms with a landowner over a possible long-planned future sewer plant site on the Middle Oconee River. Appraisals were made and negotiations undertaken, but county leaders kept all of that out of public view.

At the same time, the county diverted Special Purpose Local Option Sales Tax revenue away from water and sewer projects, claiming they weren’t needed, even though the county had a series of sewer projects on the books, including lines to and the unbuilt Middle Oconee River plant itself.

Residents along the creek, many of whom bought their homes because of the dense foliage along the creek and views of the creek itself, with its rock outcroppings, have told the Board of Commissioners that they will not sell the needed easements. That would force those commissioners to vote to take condemnation action against about 40 residents, depending on the final route. The county is expecting details of that final route shortly.

For the latest on the controversy, including details of the lack of transparency in the process, go to Oconee County Observations.

Favorite AthFest Memories From Folks Who Were There