New Abortion Laws Beg the Question, What Makes a Human a Person? 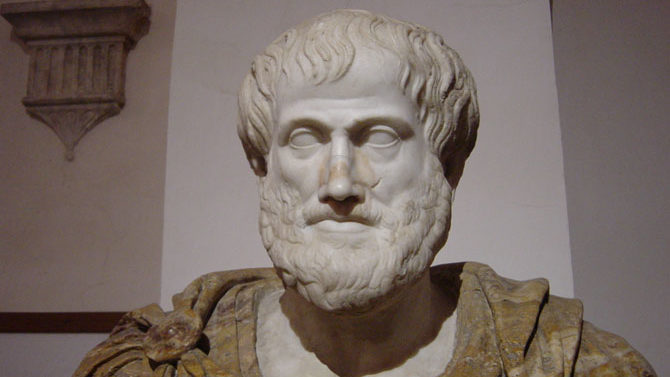 In the mad scramble to take down Roe v. Wade, which affirmed women’s nationwide right to pre-viability abortions, state legislatures are throwing together bills fashioned to be struck down so they can be appealed to the U.S. Supreme Court. Even after reading several of the recently enacted anti-abortion statutes, I have no idea how the authors of them envision getting them before the court.

To my layman’s understanding, it looks like some of the states on this bandwagon have stumbled into a morass into which courts are likely going to be extremely reluctant to follow them. The Alabama and Georgia bills, in particular, switch indiscriminately between the terms “human being” and “person” with no apparent awareness that, though synonymous in dictionaries, they’re not in history and real life. In real life, human beings and persons are distinct but overlapping categories.

A human being is a member of the biological species homo sapiens, membership in which depends on genetic makeup. But the concept of a person is more elastic than that. It’s more like a club to which biological humans have been admitted or not, depending on the prevailing cultural climate. What marks the boundary between insiders and outsiders is that insiders treat one another as if more than personal convenience is involved, but regard themselves as morally free to treat non-persons as nothing but instruments of their own convenience.

There are two kinds of human-person mismatch: humans who aren’t persons and persons who aren’t humans. As an example of the first kind, the philosopher Aristotle famously thought that there were biological human beings who weren’t persons, but “natural slaves,” “living tools” whose “usefulness diverges little from that of animals; bodily service for the necessities of life is forthcoming from both, from slaves and from domestic animals alike.” Belief in that mismatch has been painfully durable in American history.

While Aristotle endorsed the concept of human beings who aren’t persons, the Judeo-Christian tradition asserts the reality of a person who isn’t a biological human being. God, in this story, is, if anything, the only true person, from whom our status as persons is derived. We’re persons only because, as the biblical creation story has it, God created us “in his own image and likeness.” That can’t mean anything remotely like having the same genetic composition, because God has no genetic composition. Existing outside of space and time, He (substitute the pronoun of your choice) can’t be a human being, except for the period when He became His own son so He could die for our sins.

Before slavery was outlawed in America, slaveholders, schooled in both Aristotle and Christianity, tied themselves up in knots trying to make their Christianity line up with Aristotle. There are many other instances of human being-person mismatches, some of them horrifically familiar.

Somewhere between these two poles, there are semi-persons, like honorary members of the personhood club—beings who, though not genetically human, we nonetheless regard as entitled to better treatment than what our mere convenience dictates. These semi-people are protected by laws against cruelty to animals. Our pets and domestic animals are covered, but many others aren’t. When we prohibit cruelty to animals, we do that for their sake, not ours.

Here’s what all this has to do with the anti-abortion legislative stampede to the courts: Both Alabama and Georgia confidently claim that “science” shows a fetus to be a person. Georgia’s law is very explicit about that: “Modern medical science… demonstrates that unborn children are a class of living, distinct persons… The State of Georgia, applying reasoned judgment to the full body of medical science, recognizes the benefits of providing full legal recognition to an unborn child…”

That’s hooey. Modern medical science demonstrates no such thing because it can’t. All that biologists and medical researchers can tell us is that human fetuses are, to the surprise of absolutely nobody, genetically and morphologically members of the biological species homo sapiens. But they can’t tell us anything about who among us should be admitted to the persons’ club. So, membership in the community of persons calls for a decision, not a discovery, and these bills can only be invoking science to cloak their provisions in an aura of neutral non-sectarian objectivity.

But Alabama Gov. Kay Ivey blew their cover when she said, after signing her state’s anti-abortion bill into law, “To the bill’s many supporters, this legislation stands as a powerful testament to Alabamians’ deeply held belief that every life… is a sacred gift from God.” Language like that warrants the strong suspicion that appeals to science were intended to conceal the law’s sectarian motivation, allowing it to slide by the Establishment Clause of the First Amendment to the Constitution.

If our DNA nowhere spells p-e-r-s-o-n, the obvious next question is whether there are court cases holding that a fetus is a person within the meaning of the Constitution’s 14th Amendment. It provides, among other things, that no state shall “deprive any person of life, liberty, or property, without due process of law; nor deny to any person within its jurisdiction the equal protection of the laws.”

Justice Harry Blackmon, who wrote the majority opinion in Roe v. Wade, noted that Jane Roe’s appeal “collapses” if fetuses are persons under the 14th Amendment. But when lawyers for Texas, where the case originated, were pressed to produce federal or state court decisions so holding, they couldn’t. If any have emerged since 1973 when Roe was decided, the states targeting Roe haven’t let on.

So, if science can’t promote fetuses from persons-in-waiting to full-fledged persons, and there are no legal precedents supporting fetal personhood, it seems that five Supreme Court justices would have to do what the late Justice Antonin Scalia complained about in his powerful Casey v. Planned Parenthood of Southeast Pennsylvania dissent: just make something up out of whole cloth, the very thing that conservatives have always lambasted so-called liberal judges for.