Despite GOP Setbacks, Democrats Aren’t in Great Shape in 2018 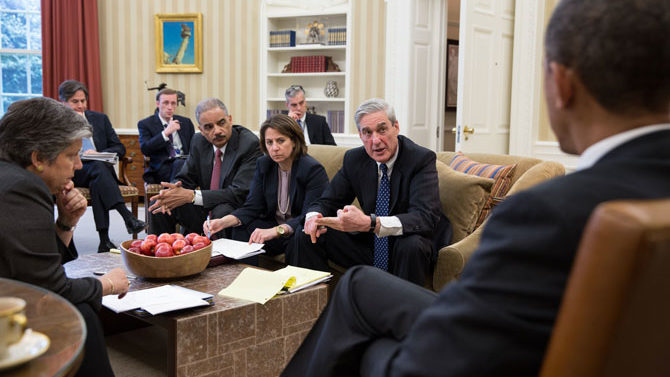 Contrary to a substantial pile of wishful predictions—and with reverent apologies to the late Merle Haggard—there is no denying that His Majesty, Donald of Orange, has made it not only until, but through, December.

The Ol’ Bloviator readily admits that he wishes these emotion-clouded prophecies had been borne out, even though he realizes that, instead of opening our eyes, the trauma of last November led a great many disbelieving D.J.T. excoriators to further plumb the depths of denial.  First, we showed ourselves to be excruciatingly naive by assuming that such a creature could never claim the Republican nomination, much less go on to grab the presidency with strikingly consistent support from mainstream GOP voters. How willfully self-delusional were we then to believe that, with a congressional majority practically orgasmic at the mere prospect of relieving the uber-rich of their staggering tax burden while running amok on health care and the environment, the Repubs were suddenly going to remember where they stashed their scruples and move to evict the trashy lout who reclaimed the White House in their name? The ritualistic lip-locking on the Orange Guy’s hind parts after the passage of the tax bill hardly suggests a party leadership inclined to be picky about the boss man’s boorishness. Ditto his dishonesty and slavish, perhaps treasonous, devotion to ol’ Vlad the [Hillary] Impaler, his brutally autocratic beau ideal.

Anyone doubting that a great many Republican pols are doubling down on D.J.T. need only check out their striking about-face on Robert Mueller, who, in the twinkling of an indictment or two, has gone from patriotic ex-Marine and impartial public servant to a malevolent, unscrupulous Hillary stooge. The plummeting odds on Mueller’s making it through January in his current position are a sure sign that he has, or is close to having, the goods on the Tweeter-in-Chief, but the O.B. would bet a five-spot to your nickel that, despite all those stern, high-minded warnings from the likes of Little Bobby Corker, Trump canning Mueller will produce no reaction within the GOP hierarchy remotely comparable to the firestorm ignited by Nixon sacking Cox.

This is not to say, however, that such a move is likely to be beneficial to the Republican ground game with the midterm elections now less than a year away. Though the final chapter in the Mueller saga is still to be written, we might take a gander at two recent, potential bellwether developments and consider what they may or may not portend for next November’s contests. One of these has to be the recently concluded—unless you believe Roy Moore—contest for a U.S. Senate seat from Alabama. In terms of what broader inferences may be drawn from Moore’s defeat, we should be mindful up front that the very sensibility and saneness of this outcome actually made it seem all the more unlikely in this particular province of the politically bizarre. This alone is reason for extreme caution in trying to extrapolate from this or any other election held thereabouts.

The Democratic victory in Alabama does seem to bear certain earmarks of the party’s earlier victory in the Virginia gubernatorial race, in which Democrat Ralph Northam defeated Trump-lite Republican Ed Gillespie by a margin of nearly 10 percent. In both states, the Dems benefited from heavy black turnout and critical support from both the under-30 set and more affluent, better-educated suburban whites. The difference here, and a substantial one at that, is that the Old Dominion is a state that has been trending Democratic in recent years, thanks in no small part to the more densely populated northern counties teeming with federal employees and therefore known in some quarters as “The Occupied South.”

Despite Jones’ gains over Hillary Clinton in 11 of the red counties from 2016 that flipped blue in Alabama, there is the inescapable conclusion that the outcome was ultimately determined by the write-in voters who accounted for 1.5 percent of the turnout. While these folks couldn’t stomach Roy Moore personally, neither could they make themselves punch that button for a Democrat, even if it meant Moore might still be elected. Although there is a lot to be said for the Dems’ ability to grab a Senate seat in one of the Trump-lovingest states around, this simply doesn’t happen with even a marginally less goofy slimeball (or, if you prefer, less slimy goofball) bearing the GOP standard. Let’s put it this way: If Gillespie, whose campaign featured promises to preserve Confederate monuments and charges that his opponent wanted to coddle illegal immigrants and sex offenders, had been running against Doug Jones in Alabama, he’d be on his way to the Senate right now.

Truth be told, the O.B. thinks that Republican insiders are probably as relieved as they are disappointed by Moore’s defeat, and that the GOP may actually fare better across the board next November because of it. There is the matter of a lost vote in the Senate, but ol’ Roy gives good reason to suspect that he would be more readily swayed by the exhortations of Habakkuk than the entreaties of Mitch McConnell. Beyond that, however, the vision of the Roy Boy in the U.S. Senate immediately evokes the old question of what Lester Maddox had in common with a monkey climbing a pole—the answer being that the higher he went, the more he showed his ass. Given that Moore did a middling-to-fair job of doing that well beyond the beltway down in Alabama, it surely taxes the powers of the most creative among us to imagine the level of tomfoolery to which the largest political stage in the world might inspire him. Beyond his repeated attempts to repeal the Thirteenth Amendment, there would also be the yearly embarrassment of his showing up in his trench coat for the White House Easter Egg Roll. All of this is to say that the Dems might not have picked up as much momentum last month in Alabama as they would like to think.

The same may be true with the passage of the “monumental, brazen theft from the American middle class” that Nancy Pelosi says is the new Republican tax bill. The new tax structure may be all that, but will this be obvious to most voters by November, when tax forms are yet to be confronted? On the other hand, a lot of workers will soon be noting somewhat plumper paychecks, owing to lower tax withholdings. Even those who have actually taken time to understand the ramifications of the new law may not see cause for alarm in the short run. Couples earning $100,000 and filing jointly will owe the I.R.S. $3,000 less. It’s true enough that  another couple earning $1 million will save more than eight times that amount, but the O.B. reckons that, historically, at least, lower-income voters are less likely to rise up against the “swells” getting more swollen when they see their own circumstances improving at least a little.

There are also several wild cards in this bill whose influence is simply too contingent on too many factors to estimate their consequences in advance. The much-debated capping of the state and local tax, or SALT, deduction at $10,000 is certainly one of these. The greater anticipated impact on residents of supposedly higher-tax blue states suggests this is intended as a “soak the liberals” provision, but the O.B. will tell you right now that this notion can be misleading. The combination of a 6 percent income tax, plus a 4 percent sales tax with local add-ons running the total rate up to 7 or 8 percent, and relatively high property taxes in more desirable locales, means this baby ain’t by any means toothless here in still-red Georgia, and its bite stands to be felt most in the ’burbs, where the Dems seem to have their best chance of winning over Trump-disaffected Repubs. Here again, though, there is the matter of how apparent the downside of this policy change will be by next November, and besides that, preaching economic self-interest in the suburbs will take establishment Democrats several light years beyond their comfort zone.

The O.B. doesn’t need the gift of prophecy to flatly assure you that the almost certain consequences of this Republican tax plan are as follows: A severe revenue shortfall will lead to a grotesquely bloated deficit, which will, in turn, elicit, as if on cue, angry calls to cut expensive frills like Medicare and Social Security. (Pause here for a Reagan-era flashback, if you need to.)  This is a traditional bedrock issue for the Democrats, but it’s not quite so immediate or compelling in the suburbs, where, at this juncture, their recruitment prospects seem brightest.

Will Dems Blow It?

While the current polls showing D.J.T.’s widespread unpopularity (Can you imagine that?) and the potentially toxic spillover effect for his party offer calls for Democratic optimism, whether that optimism is borne out depends in large measure on how they interpret the forces that seem to be pushing the pendulum back in their direction. The victory in Alabama was not a vindication of their party, its current leadership or its perceived philosophy. Rather, it was a rejection, and by a durn slender margin at that, of an opposition candidate so vile that even an extra-dense effusion of high-concentrate Bible-thumpin,’ gun-totin’ mumbo-jumbo could not conceal the distinct odor of roadkill. There might be one or two people who couldn’t bring themselves to vote for Roy who now wish they could’ve brought themselves to vote for Hillary, but the O.B. bets that’s about the size of it.

The sense of Republican blood in the water seems to have set off a feeding frenzy of wannabe Democratic standard-bearers for 2018, but in sorting through them, party chieftains and rank-and-file alike should steer clear of overbearing liberal ideologues and load up on as many boring centrists as they can find. Regardless of what the polls may tell you about the partisan ramifications of Donald Trump’s abysmal approval ratings going forward, following the same approach that failed to keep him out of the White House last year is not going to put you in control of Congress next year.