Sorting Out the Strands of the Cobb Family

One of the many undertakings that have kept the Ol’ Bloviator away from these cozy confines of late was an effort to hack his way through a veritable genealogical jungle, an undertaking sometimes rendered all the more frustrating by the misleading trail markers left by genealogists intent on loading their family trees with as much high-end fruit as possible.

This problem was particularly pertinent to the O.B.’s enterprise, because it involved sorting out two strands of his own family. One of these was the prosperous and influential Cobbs of Athens (whose most notable figures, Howell and T.R.R. Cobb, played key roles in leading Georgia out of the Union in 1861) and the other, his branch, who settled about 40 miles up the road in Hart County, where they embodied that class of whites that populist Tom Watson called “the horny-handed sons of toil.”

In addition to dramatic disparities in wealth and lifestyle, one of the things the O.B. found most striking was that while his male forebears specialized in taking brides from the Smiths and the Sullivans, the Athens Cobb line offered union after union with the wealthy, powerful, near-dynastic clans of Ol’ Virginny. Well before Howell Cobb and his younger brother T.R.R., aka Tom, ventured onto the sea of matrimony in the 1830s and 1840s, from their great-grandfather down through their father and uncles before them, their male forebears had made in-laws of some of the oldest and foremost families of the Old Dominion.

Marrying oneself only to blood at least as good as your own, if not better, pretty much obligated you to advertise all those bonafides surging through your bloodline by giving your offspring first and middle names that flaunted these prestigious monikers. If you accompany the O.B. on a brief genealogical saunter, he will show you why the Athens Cobbs are a primary case in point. 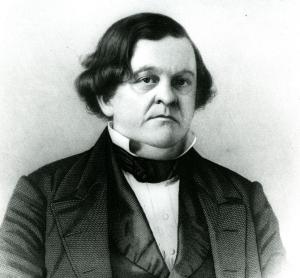 Needless to say, Howell and Tom eagerly embraced this “marry-up” legacy. As an aspiring jurist, Tom Cobb didn’t exactly injure his prospects by his union with the daughter of soon-to-be Georgia Supreme Court Justice Henry H. Lumpkin. Ditto and more so for Howell, who, whether by design or good fortune or most likely both, managed to win the affections of Mary Ann Lamar.

Miss Lamar was not only strikingly attractive, but co-heir with her brother and Howell’s college chum, John Basil Lamar, to her father’s estate, which at his death in 1832, three years before she plighted her troth to Howell, included 220 slaves and more than 15,000 acres down in Baldwin and several adjacent Georgia counties.

Since, then as now, money also means never having to explain how your kid got his or her name, in this case the deadly combination of inbred wackiness and great wealth led to the grandiose likes of Lucius Quintus Cincinnatus Lamar (kind of makes Thomas Reade Rootes seem to roll easily off your tongue, doesn’t it?), Mirabeau Bonaparte Lamar, Lavoisier LeGrand Lamar (at least it’s alliterative), and my personal favorite, Gazaway Bugg Lamar, which is actually at least in part a mash-up of family names, for the Virginia Buggs were entwined with both the Lamars (through the union of Basil Lamar and Patience Bugg) and the Cobbs (through the union of the aforesaid T.R.R.’s uncle, Henry Willis Cobb, and Obedience Dutiful Bugg). Given their surnames, it is probably safe to assume that the Bugg girls grew up with minimal exposure to feminist doctrine.

We rednecks have taken our unfair share of ridicule for our supposedly incestuous proclivities. Jeff Foxworthy to the contrary notwithstanding, however, the squirearchy’s  penchant for continually re-fortifying the family creds at the altar that actually made their reunions prime opportunities to check out cousins by the dozens, undeterred by the very real prospect that the flesh you craved might already be your own. Margaret Mitchell was not just “whuffin’” about Ashley and Melanie; the best calculations we have suggest that, among the South’s wealthiest planter families, slightly more than one in 10 marriages made husband and wife of a pair of cousins.

Such unions could produce circumstances that were not infrequently awkward and sometimes just plain weird. In the case of Howell and Tom, consider that their mother’s sister, Martha Jacquelin Rootes, was first married to their Uncle Howell and then to Henry Jackson. This latter union produced Henry Rootes Jackson, who once again kept it in the family by marrying his cousin, Tom Cobb’s daughter, Sarah Addison, whose great-aunt suddenly became her mother-in-law as well.

Elsewhere, my Athens Cobb kinsman, Milton Leathers, recounts an incident stemming from the marrying and, for want of a better term, inbred naming habits of two historically prominent local families, the Billupses and the Phinizys. It seems a young Phinizy descendant was taking his date to visit his grandmother. As they approached the house, “Cudd’n” Milton reports, the boy cautioned his date that “my grandmother has a real funny name. She’s Mrs. Billups Phinizy.” Clearly startled, the young lady responded, “That is really amazing. Because MY grandmother is Mrs. Phinizy Billups!”

Although the pattern of intermarriage among the South’s self-styled aristocratic families might seem to evoke that Homer and Jethro classic, “I’m My Own Grandpa,” these entwinements served to consolidate and concentrate wealth by assuring that, insofar as possible, capital flowed within a tightly interconnected circle. In our day and time, some of these folks may even have married themselves into an anti-trust suit. 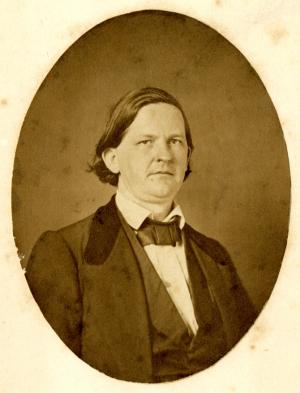 The same could be said of social and political pull, of course. Every time Thomas Reade Rootes Cobb affixed his signature to a document or letter, he was flashing his ancestral bling, courtesy of a name that evoked not one but two powerhouse Virginia families and thus conveyed an almost hereditary right to rule. The problem here was that the born-on-third-base types like Tom actually internalized the aura they sought to project, rendering them infallible and invincible in their own minds as well.  Brig. Gen. Thomas Reade Rootes Cobb would be terminally disabused of this notion at Fredericksburg, in December 1862, by a miniè ball or piece of shrapnel that didn’t give a damn about his bloodline but played hell with his blood flow. Having assured his fellow Georgians that secession would not even lead to war, much less to desolation and defeat, Tom Cobb paid for his arrogance and presumption with his life. Unfortunately, however, by April 1865, the same could be said for roughly 750,000 of his fellow Americans.

Jim Cobb is Billups Phinizy Spalding Professor in History at UGA. This column is excerpted from his 2015 Ferdinand Phinizy Lecture.