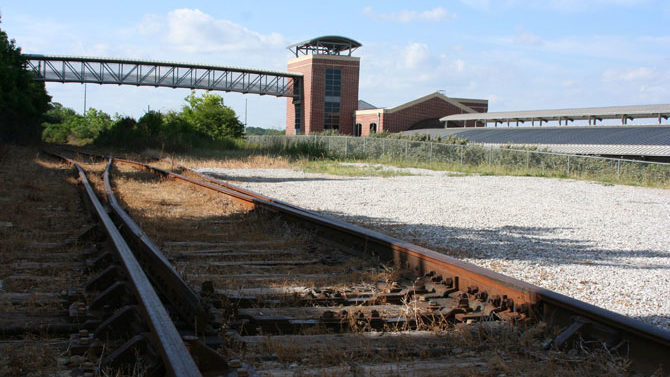 Budget Time: Mayor Denson’s recommended budget for Athens-Clarke County gives every government employee a $500-a-year raise, but reduces nighttime bus service, cuts a Fire Department ladder company and doesn’t fund a downtown master plan or any of the environmental initiatives prioritized by the commission (see this week’s Athens Rising for an astute analysis of that). The mayor and commission are holding work sessions this week to discuss the budget plan; there’s reason to believe commissioners will find ways to pay for some of the things listed above, particularly the bus service and a master plan. We’ll keep you posted.

By the Way: If you read Pete McCommons’ Pub Notes column last week, you may have noted, among the many pieces of extraordinary information regarding the current state of affairs at the Athens Banner-Herald, a brief mention of the sale of the newspaper’s downtown building. That wasn’t a reference to the December deal with Colorado-based Lulscal, LLC that fell through earlier this year. A new sale agreement has been reached, according to the most recent SEC filing by Morris Publishing, for the sale of the building to Hagen Creek Properties, Inc. for $13.23 million, about a quarter million less than the previous sale price. The newspaper will continue to rent out 10,000 square feet of the building for its offices.

Hagen Creek is a corporation operated by local developer Carl Nichols, who brokered the original deal with Lulscal. The new sale agreement has been reported in various business and real estate periodicals, but not, interestingly, in the Banner-Herald itself, which customarily publishes a self-congratulatory press release disguised as a news story to commemorate such occasions. Nichols has the option to terminate the sale, scheduled to close June 17, any time within 60 days of the agreementâ€”a period that will have elapsed next week. Perhaps the Morrises are waiting for that drop-dead date to pass before they make another public announcement.

T-SPLOST a Toughie: The Sierra Club of Georgia last week announced that it will oppose passage of the T-SPLOST referendum in any of the state’s 13 regions because not enough of the proceeds from the transportation sales tax would be dedicated to transit projects. Club officials indicated that they hoped the referendum would fail, then be re-tooled to focus less heavily on roads and more on environmentally beneficial initiatives like rail transportation.

That’s a fine thing to hope for, but underestimating the backwardness of Georgians on transportation and environmental issues doesn’t strike the Dope as a very good way to win a betâ€”nor does banking on Georgia legislators’ reluctance to pass financial burdens along to local governments to avoid raising state taxes. Yes, funding transportation projects with sales taxes is regressive, especially when corporations, which benefit from them at least as much as individuals, are having their taxes reduced. And yes, it would be great to see a more progressive approach to transportation reflected in the T-SPLOST projects. But if this referendum fails, transit projects are far more likely to be eliminated from reassembled lists than added to them. And if voters don’t agree to the sales tax, we can expect local government budgets to be stretched even thinner in the coming years just to address the most pressing transportation needs. Vote your conscience, folks, but be sure to do it with your eyes open.

News from the Darkness: Last week, Rep. Doug McKillip presided over an Athens “town hall” forum whose purpose was to advocate for “school choice,” i.e., the redirecting of taxpayer dollars from public schools, whose primary mission is to educate children, to private education corporations, whose primary mission is to make money. Sounds pretty rotten, right? McKillip’s timing couldn’t be more insensitive, given our school district’s current struggles to make ends meet, largely due to continually decreasing support from the state.

But it’s worse: the event was sponsored by the Americans for Prosperity Foundation of Georgia. Sound familiar? Yepâ€”that would be the same Koch brothers-funded AFP that organizes Tea Party rallies, pimps for Wisconsin Governor Scott Walker, backs global warming skepticism and throws millions of dollars at every radical free-market advocacy initiative you can think of. Nice to see who Doug’s holding hands with at the party these daysâ€”his next campaign finance report should be fun reading.