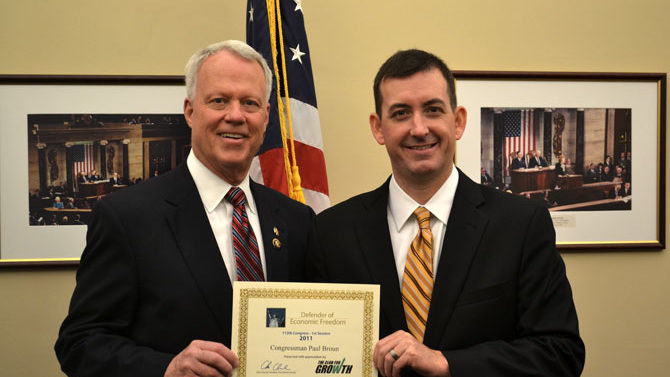 My Favorite Vegetables: The Athens-Clarke County Mayor and Commission were set to approve ordinance changes this week, which will go into effect this month, making it possible for the Athens Farmers Market to move its Wednesday evening market from Little Kings Shuffle Club, where it has been a fun, successful downtown staple since 2010, to the sidewalk on the College Avenue and Washington Street sides of City Hall, where it will be more visible and have more room to spread out. This is happening soon, so if you want to catch the last Little Kings markets, don’t snooze. We’ll miss the beer and vacation camp atmosphere, but of course look forward to many more years of healthy, sustainable growth for the market as it becomes more and more a part of the city fabric.

Do It Again: There was an item on the agenda for the above-mentioned meeting that would have lowered the monthly solid waste collection fee for downtown residents by $7.50 by reducing the number of ACC trash bags provided per month at $1.50 each from 10 to five. But at press time, it looked like that would be tabled so that commissioners could explore a way to reduce the residential collection fee even more. Commissioner Kelly Girtz has proposed charging residents for just one collection per week rather than two, since they, unlike most downtown businesses, don’t need their trash picked up more than once a week. That would lower their trash bill by about $20 a month; the lost revenue might have to be made up by the city by slightly raising the per-collection base fee. Stay tuned.

Don’t Back Down: As City Dope readers are aware, Athens-Clarke County Mayor Nancy Denson and all 10 ACC commissioners have written to the U.S. Justice Department to register their objections to our state legislative delegation’s radical and unilateral reorganization of the ACC government under the guise of decennial reapportionment. Some individual commissioners and other prominent community members have also sent their own letters, and the last four ACC mayorsâ€”Heidi Davison, Doc Eldridge, Cardee Kilpatrick and Gwen O’Looneyâ€”have jointly signed another. You can write a letter, too, if you have any thoughts on the matter: send it to Chief, Voting Section/ Civil Rights Division/ Room 7254 â€“ NWB/ Department of Justice/ 950 Pennsylvania Ave., NW/ Washington, DC 20530.

Of course, as you attentive readers also know, the whole thing is about Doug McKillip’s need to make a spectacle of himself as a severely conservative candidate for his new, tailor-made district, in which he’s being primaried by an actual Republican, Regina Quick. That’s been working beautifully (especially coupled with his crusading “pro-life” performance), with Doug getting to deliver killer lines in the Athens media like â€œTheyâ€™re straining to find any reason to get the Obama Justice Department to reject a map that would elect Republicans, and theyâ€™ll fight it tooth and nail!”

Well, yes, Doug, we will, as we should. And though fortunately the Civil Rights Division of the Obama Justice Department, unlike that of his predecessor, isn’t stocked with lawyers whose previous careers were made fighting civil rights claims tooth and nail, a win for ACC in its appeal may still be a long shot. But if it should succeed, let’s not confuse ourselves that a victory has been gained over McKillip, who despite his various insistences that he’s standing up for Republicans, for minorities and, most laughably, against gerrymandering, has already claimed the prize he most eagerly sought for his tawdry dance: a garishly mounted position on the right wing of a Republican Party that would treat Ronald Reagan like Hugo ChÃ¡vez if he ran on his presidential record today.

If Justice rejects McKillip’s redistricting play, we who elected him will have succeeded in cutting our already enormous losses. Our only chance to defeat himâ€”and don’t forget itâ€”comes at the ballots.

The Shift: If you’re having trouble, for some reason, bringing to mind any specific instances of actual harm being done to people you know by the policies championed by McKillip’s Republican cohort, look no further than Deirdre Sugiuchi’s letter to the editor in this week’s issue. While we’re arguingâ€”as we shouldâ€”on our local level about how to absorb the attrition necessitated by the Clarke County School District’s ever-worsening budget challenges, let’s not forget where most of them come from: an ideological commitment on the part of our essentially monolithic state government to transferring our resources from public institutions to religious or profit-making ones. Freedom from knowledge, here we come!