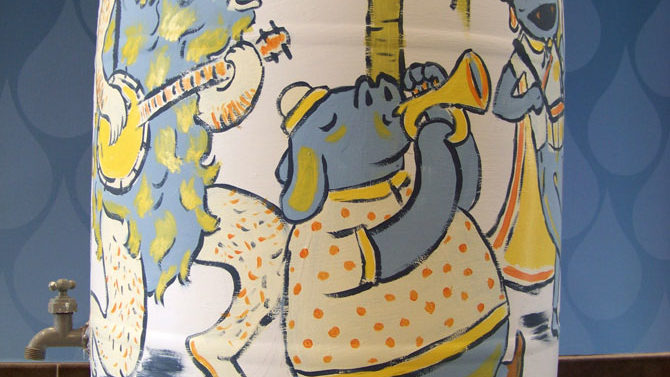 Guess What: Last week was pretty active on the Selig/Walmart front, in that there was a lot of talking about the fact that nothing’s happening. The Banner-Herald‘s Blake Aued reported that Selig now sees its timeline for submitting plans for its development to Athens-Clarke County in terms of months, likely damning us newsfolk to another season of harping on the damned thing. The next day, a Walmart spokesman told Aued that the company, while interested in expanding here, isn’t yet sure the Selig project is “the right opportunity.” So fidgety, Walmart!

And, in the wake of Flagpole‘s publication last week of Kristen Morales’ article about Selig’s meetings with small, select groups of community members to talk about its plans, Selig VP Jo Ann Chitty sent an email to the ACC Mayor and Commission taking issue with several of the statements and implications in the piece. “Why is that noteworthy,” you ask? Or, more likely, “How do you know?” The answer to both questions is that within a day of its being sent, the email had been posted to a Clarke County School District listserv that includes any CCSD employee who’s signed up for it, and was forwarded goodness knows where else from there.

Chitty says Brian Brodrick, Selig’s local PR rep at Jackson Spalding, shared the email with “some citizens who asked questions about the article,” and that she doesn’t know how it found its way to the school district listserv. There’s nothing inherently wrong with “sharing” such an email in the way Chitty describes, of course, though the person who shared it with fellow CCSD employees, who isn’t a PR professional and thus won’t be named here, probably shouldn’t have done so. Anyway, that’s the kind of thing that can happen when people who are PR professionals get asked to forward emails, and it nicely illustrates one of the main points of the very article Chitty’s email was supposed to refute: that Selig’s strategy for marketing its plan to Athensâ€”and that of Jackson Spalding and Brodrickâ€”is to direct its communications toward carefully selected groups of people, who are then expected to share Selig’s carefully crafted messages with others who know and trust them. (It is still amazing to note that Brodrick is being paid to sell this community on a project that would add an unintegrated, auxiliary “downtown” to its existing one while also serving on its Downtown Development Authority and as chairman of its Chamber of Commerce.)

Finally, it now may bear explaining why, as Chitty noted in her email with apparent regret, the Dope hasn’t “reached out” to Selig (or Jackson Spalding) for comment on any of the issues related to the developer’s plan that have been so frequently remarked upon in this column. Selig is engaged in a strident public relations campaign in Athens, and its viewpoint has been and continues to be more than well enough represented in the local news media and, as we’ve seen, in other forums. There’s no need for any of the eight or nine hundred words in this weekly column to be used for the repetition of Selig’s talking points; the function of City Dope, and any other editorial column, for that matter, should be to answer them.

Again, let it be emphasized that the project described by Selig and illustrated on its website appears to be deeply in conflict with existing planning and design codes for the area in which it is planned. In spite of the welcomeness of the company’s intention to expand the downtown commercial area in one fell swoop, and the absolute appropriateness of the Armstrong & Dobbs property as a location for its development, the current design does not work there with the city’s plan.

In Chitty’s email to the mayor and commission, she lamented that Flagpole has implied Selig is trying to “‘divide-and-conquer’ a community that we eagerly want to be a part of.” In all sincerity, Ms. Chitty, most of Athensâ€”including Flagpoleâ€”wants Selig to be a prominent, contributing and benefiting member of this community, too. We want this development to happen, and to be successful. All it will take is a serious and explicit commitment on your part to respecting Athens’ longstanding, forward-thinking and absolutely critical priorities for what we intend our community to be.

Ahem: If you’re hungry for some actual, live discussion with your fellow citizens about all the above stuff, you should go to the Federation of Neighborhoods’ monthly meeting at 7:30 p.m. Monday, Apr. 2 for a discussion on the proposed A&D project featuring Tony Eubanks, Lila Grisar, Melissa Link, Charlie Maddox and an unconfirmed fifth panelist. The program, as always, is free, open to the public and takes place at the Fire Hall at 489 Prince Ave.

Go Here: The Dope can say nothing more (for the moment) about the patent mendacity and deviousness of Doug McKillipâ€”especially in light of the Atlanta Journal-Constitution‘s Jay Bookman’s expert vivisection of the short-timer’s desperate and cruel abortion gambit. Send everyone you know to Bookman’s Mar. 20 post, “The fanaticism behind Ga.â€™s pending abortion law.” Then cross over and vote for Regina Quick in the July 31 Republican primary. Seriously.