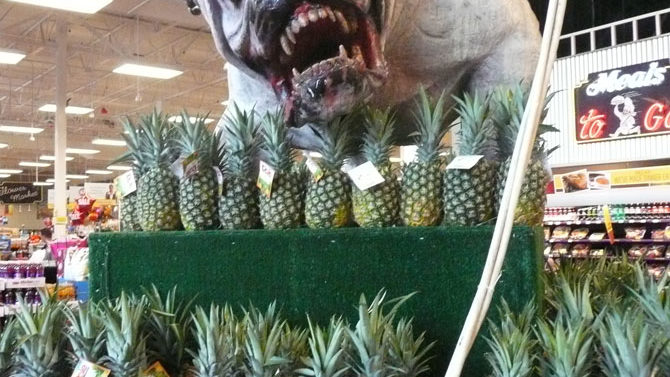 Just Two Cents: The less said here the better about Jim Thompson’s rough week as Athens Banner-Herald editorial page editor, during which his poor decision not to publish a series of “Doonesbury” comic strips about Texas’ mandatory-transvaginal-ultrasounds law for fear that readers might think it had something to do with pending anti-abortion legislation in Georgia (which, of course, it does) was first lambasted locally, then ridiculed nationally, then reversed. Jim has already dwelled on it more than sufficiently in the ABH‘s own pages, devoting last Saturday’s entire op-ed page to his reflections on the subject. But, whenever a situation arises that so dramatically addresses the responsibilities of the local press, and specifically those pertaining to its editorial/opinion functions, it merits acknowledgment here.

Jim did what he could to make things right in the end and pretty much owned up to his mistake, except for a little hedging that deserves a response before we drop the whole thing into the bin marked “lessons learned.” First, the much-repeated rationalization that access to the strips was provided through a link on the ABH website is fully irrelevant to the issue. The problem was not the degree of difficulty readers would have in seeing the strips because of Jim’s editorial decision; it was the substance of the decision itself, and the fact that it was made at all.

The same goes for the red herring about how allegedly similar decisions about what to put in the paper and what not to are made every day, without anyone raising a fuss. That’s ludicrous. For all the definition we need of the difference between editing and censorship, we may as well turn to Justice Potter Stewart’s rule of thumb for pornography: we know it when we see it.

And Another Thing: The Dope promises this column isn’t turning into a forum for weekly Thompson-bashingâ€”we’re pals, really!â€”but while we’re quibbling with Jim’s editorials, it’s worth bringing up a point he made recently about the negative effects of Occupy Athens on the local conversation surrounding the proposed Selig development. Jim’s suggestion that the theatrical behavior of about a dozen people with an admittedly limited grasp of the nuances of the situation may have “brought an end to any potential negotiation” on Selig’s part over the specifics of the project seems a little like wishful thinking, given the enthusiasm with which he’s repeatedly tried to “stick a fork in” opposition to the plan in recent months. It also contains the false assumption that there has ever been the potential for negotiation with Selig, or that negotiation with Selig is an avenue worth pursuing to make the development into something compatible with its surroundings.

There is one way for that to happen, and only one: Selig must be held to existing zoning, planning and design standards. To push any other narrative is to assist Selig in its efforts to paint any insistence on compliance as unreasonable and meddling; that’s why Occupy does them a favor by crudely insisting on public meetings, that’s why the mayor does them a favor by repeatedly claiming that the developer’s plans meet code and there’s nothing the government can do to influence them, and that’s why the ABH does them a favor by focusing so much attention on misguided protests and letting Selig’s PR flack frame the issue.

Fortunately, reality is still on the side of those who want to see the development properly integrated with the rest of the city. The designs we’ve seen are going to have to be heavily altered if Selig wants to avoid going to the ACC Commission for major zoning variances, no matter what the mayor says. And if the commissioners can withstand the political pressure to grant those variances that is the overarching purpose of Selig’s sustained PR campaign, they’ll be in position to use the law to do what’s right for this community.

Ride the Rails: One of the public assets that would be most negatively affected by the Selig development as designed is the planned Firefly Trail, a rail-to-trail bicycle and pedestrian path that will begin on East Broad Street (alongside what Selig currently envisions as a whole lot of deck parking) and is eventually supposed to span 39 miles, all the way to Union Point, GA. The Firefly Trail, Inc. is a new nonprofit organization dedicated to raising awareness and money for the project, which is already partially funded by SPLOST revenues. The groupâ€”along with a host of other organizations and public and private entitiesâ€”is sponsoring its first event Saturday, Mar. 24: a group bike ride along the trail’s proposed route, which follows the historic Georgia Railroad.

Signup for “Ticket to Ride” begins at 8 a.m. at Jittery Joe’s Roasting Co. on East Broad (with free parking in the Classic Center deck), and the ride starts at 9. Participants can choose to ride distances ranging from 13 to 78 miles; it’s free but donations to the nonprofit are much appreciated. Go to www.fireflytrail.com or find the group on Facebook to find out more.