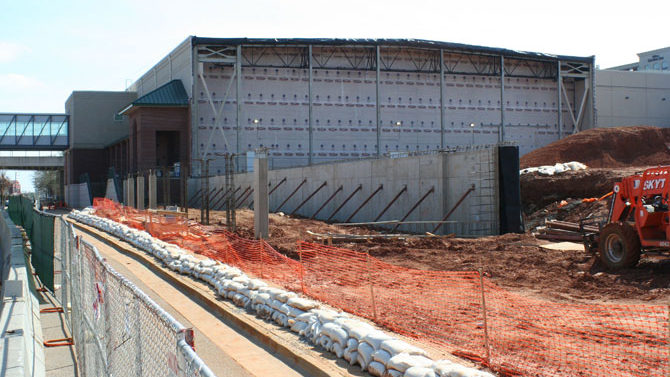 Another Fine Mess: So, there’s probably nothing anybody can do at this point about the local legislative delegation’s completely shameless structural reorganization of the Athens-Clarke County government. That action is being taken in direct defiance of that governmentâ€”as well as of two different citizens’ committees appointed by Mayor Nancy Denson, both of whose memberships reflected Denson’s ambivalence toward the current structure.

It doesn’t seem crazy to think that after those two groupsâ€”one formed to oversee the county’s decennial redistricting and the other to look at whether the two “superdistricts” discriminate against African Americansâ€”both recommended no dramatic changes, the matter would have been considered put to rest. But such sanity would fail to account for the reelection strategies of two unlikely bedfellows: Doug McKillip and Keith Heard.

McKillip’s craven motivations are well known: he wants to show the massive Republican majority in his newly customized district that he’s now seriously hostile to the Athens Democrats who elected him a year and a half ago. That district, of course, was crafted at the expense of Oconee voters who liked their loyally Republican county to be contained in one district, as well as of Rep. Chuck Williams, whose constituency, thanks to whatever deal McKillip may have made with House Speaker David Ralston, will now be considerably less Republican than the one that elected him.

That cynical, self-serving strategy is no surprise from McKillip, though it remains to be seen whether it’ll be enough for him to overcome the blocs of disenfranchised Oconee voters and crossing-over Clarke Democratsâ€”not to mention anybody else who prefers a candidate who can remotely be trusted about anythingâ€”when he faces Regina Quick in the Republican primary. But he’s only pulling off his redistricting gambit thanks to the cooperation of Keith Heard, the only Democrat in the Athens delegation, who appears to be listening to the contingent of local African-American activists who continue to oppose the superdistricts.

That contingent does not include Harry Sims or George Maxwell, the two current African-American commissioners, or John Jeffreys, the former commissioner who chaired the superdistricts committee. But, it does include the recently re-formed Athens NAACP chapter and local attorney Ken Dious, who collaborated with McKillip on an earlier version of the 10-district map now under considerationâ€”and it appears Heard considers them to be more important constituents. If Heard, like Williams, had adamantly backed the expressed wishes of ACC’s elected officialsâ€”again, including Sims and Maxwellâ€”it’s likely Senators Bill Cowsert and Frank Ginn would have sided with them, leaving McKillip out on a raft by himself. But, Heard’s decision to cast his own lot with McKillip in overriding the decisions of the local government is probably the reason why we are where we are now.

All this screwing around with the commission districts will have thrown a wrench into our local electoral process already, whether or not the new map is in place for the July 31 election. That could be a tall order, incidentally, since it would require the U.S. Justice Department to sign off on the new districts before qualifying for local races begins May 23. Even if Governor Nathan Deal signs it into law this week, it still has to be returned to ACC and submitted to Justice, which could take a couple of weeks. Justice then has 60 days to approve the redistricting, deny it or ask the county for more information, in which case even more time would be required. Given the extreme and highly contested changes being made to the local map, that seems a likely scenario, and that would make it tough to get the map approved before qualifying.

Meanwhile, only one non-incumbentâ€”Ron Winders in District 6â€”has announced for any of the five commission races in July, which could have something to do with the fact that a lot of people who might consider running don’t know what district they’ll live in when the election rolls around. Two of the incumbents of those seats, Harry Sims in District 2 and Ed Robinson in 6, won’t seek re-election, and this uncertainty isn’t helping to bring forth quality candidates for vetting by the voters in those districts. Whose representation does that improve? [Dave Marr]

Rush to Judgment: Dozens of national companies have pulled their advertising from Rush Limbaughâ€™s popular radio show in the wake of the hostâ€™s recent controversial comments about women, sex and contraception. The conservative talker, whom many regard as the intellectual leader of the Republican Party, caused a firestorm when he assailed Georgetown Law student Sandra Fluke on the air following her Capitol Hill testimony in advocacy of insurance coverage for female contraceptives. The rant, which extended over three days, became an open attack on birth control and female sexuality in general. Unmentioned, and thus left innocent, were men, whose pure and pious gametes make contraception necessary.

AM talk radio station WGAU, the local carrier of “The Rush Limbaugh Show,” has even begun to bear some of the brunt of the advertising exodus. One local advertiser has moved its spots from the Limbaugh time slot, while â€œa handful of others have expressed dismay,â€ according to WGAU Sales Manager Eric Lauer, who wouldn’t name the sponsor that removed its ads. Program Director Matt Caesar reports that the station has received phone calls and emails from listeners, but that number is low and includes form letters provided by organizations. In fact, Caesar reports that listening is actually up since the controversy gained attention.