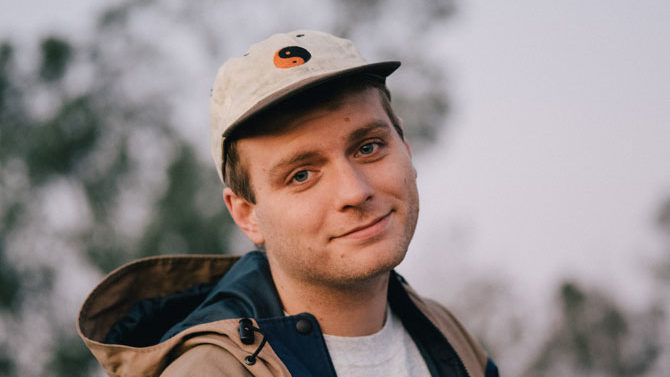 Because Mac DeMarco’s show Tuesday, Sept. 26 is already sold out (and because he’s too burned out on media to talk to us), Flagpole is providing a fresh fan service: the Mac DeMarco Digest, everything you fans want to know about the guy you’re going to see at the Georgia Theatre, but were too busy (or, let’s be honest, not a good enough fan) to track down.

The Latest: Glide Magazine says the Canadian rocker kept it “jokey and rocking” at the Oregon Zoo on Sept. 9, but also “showed a more mature approach to the music than witnessed from the band in years past,” which seems good. Even better(?), Happy Magazine reports that DeMarco “pissed his pants” onstage. DeMarco confirms.

Most Helpful: NME has a fun-to-read piece distilling eight life lessons from a conversation with the “cult leader for a new generation of slackers,” among them “Find Your Style” (“If you dress like a cartoon character for long enough, people are gonna start treating you like Bart Simpson”), “Don’t Let Your Past Define You” (“Oh, he’s trying to make a serious record, but the guy put a drumstick up his ass while playing a U2 cover eight years ago”), and “There’s No Shame in Having an Accident” (see above).

Your Preview Standard: The Seattle Times has a (typically) deft concert preview combining an album overview with a sensitive conversation about music-making—all in a breezy, five-minute read. Among the revelations: the “laid-back minstrel of mellow rock ’n’ roll” is, in fact, a workaholic, calling himself “addicted” and prone to “withdrawals,” and the subject of “My Old Man” is his dead father, who is still alive. (“[It’s] about my dad passing away… but he hasn’t yet, which is completely insane.”)

The Career Retrospective: The New York Times has a highly satisfying long-form profile, taking us through the professional history of the “breakout indie-rock idol,” beginning with perhaps the most famous Mac DeMarco story: the six-month period after he gave out his home address to fans. (“We had thousands of kids, all through the day… It was crazy. I really liked it.”) Besides speaking to the visionary who signed DeMarco after listening to his Bandcamp uploads, the Times also checks in with DeMarco’s mother, Agnes, who runs his official fan club.

That DeMarco Lifestyle: W magazine takes us into the home, and behind the image, of the “cult celebrity, in-demand festival act, recurrent meme, Instagram star and critically acclaimed maker of records.” Happily, for every hard-to-stomach detail of his success (a pool “that looks like something out of a David Hockney painting”) there’s a charming DeMarco quote to disarm it. (His technique for grabbing sunken carob pods: “Make a little current at the bottom of the pool… And then you scoop ’em up while they’re floating.”)

The Next Big Thing: Pitchfork reports that DeMarco’s next project is a collaboration with The Flaming Lips. The split EP will feature each band covering three songs by the other. The psychedelically inclined duo will be also be co-headlining a handful of shows this month, though, sadly, not anywhere near Athens.