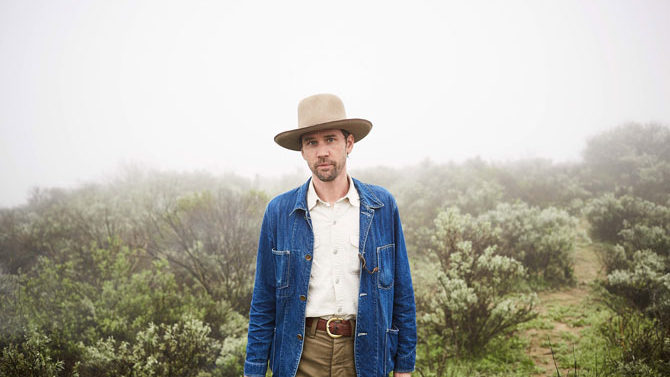 Willie Watson has a voice that turns the mind toward scratchy 78s, to performers whose careers are more legend than history: high and lonesome, eerie and urgent, soulful and soaring. Formerly of Old Crow Medicine Show—a crew discovered busking by country-folk-blues giant Doc Watson—Willie Watson made his solo career official with the 2014 release of Folk Singer Vol. 1, the collection of traditional folk songs was celebrated by critics as much for its historical heft—a “Lomaxian journey through classic Americana,” according to No Depression—as for Watson’s voice, described by The Guardian as a sound that’s “fallen through a portal from a century ago.”

For Folk Singer Vol. 2, released in late 2017 to even greater acclaim, Watson ended up adding guest performers Gillian Welch, Paul Kowert of the Punch Brothers, the Fairfield Four gospel quartet and more, including a woodwind section on two of the songs, but says that he and producer David Rawlings generally followed the same process to get there: “Me listening to and loving this music, being inspired by it, and figuring out I can pull it off.”

Watson’s decision to take on the folk canon came from the trying times following his departure from Old Crow. “I was trying to write songs every day, all day, and it was a struggle,” Watson says. “I had been with that band so long, and so much of what I’d been doing was writing with other people. So here I was on my own, and I couldn’t write anything that I thought was any good. The whole experience was awful.”

Performing during that time and becoming increasingly frustrated, Watson began picking up traditional folk tunes like “Keep It Clean,” “Midnight Special” and “James Alley Blues”—three tracks that would end up on Vol. 1—and discovered that “everything was better” when he played them. The revelation was not unlike a conversion at some turn-of-the-century tent revival. “I realized, ‘Oh, I can sing these!’ Like, who knew? And it was just clear as day that this was the thing to do,” he says.

Just as they helped define the country, folk songs helped shape Watson’s artistic identity from his earliest years. He grew up in central New York, amidst the vibrant old-time music scene in Ithaca. His earliest vocal coach was his dad’s copy of Roy Orbison’s Greatest Hits (“I was trying to sing like him at 9 years old,” says Watson), but by seventh grade, he had fallen in love with folk music.

Part of what’s kept him interested is the genre’s age, which lends itself to endless discoveries. “You’ve been in it so long, you figure you’ve exhausted all your resources, but there’s always more out there,” he says. Asked who his favorite performers are, he lists favorites from the past few months. “The past couple of weeks, I’ve been listening to a lot of Stan Rogers, the great Canadian folk singer. Before that, it was Mississippi Fred McDowell. Before that, it was some kind of fiddle compilation.”

With so much good music to choose from, says Watson, the way he decides on what to perform and record is simple, opting for “whatever I can pull off.” He can’t manage that with every song he loves—his version must fall on a scale “from almost-as-good-as to better-than what I’m listening to”—but feels he is always improving. When heading into the studio for Vol. 2, he and Rawlings started out just like Vol. 1, but knew they wanted to take the record “a step further in some direction.” Eventually, says Watson, they decided to bring in Paul Culbert to play bass, and the sound of the new album came together.

The result is a fuller and more complex record that’s still centered around the clarity, immediacy and warmth of Watson’s voice and finger-work—good news for those attending Watson’s Athens show, where he’ll be taking the stage solo and delivering an evening of songs, stories and emotional dynamism.