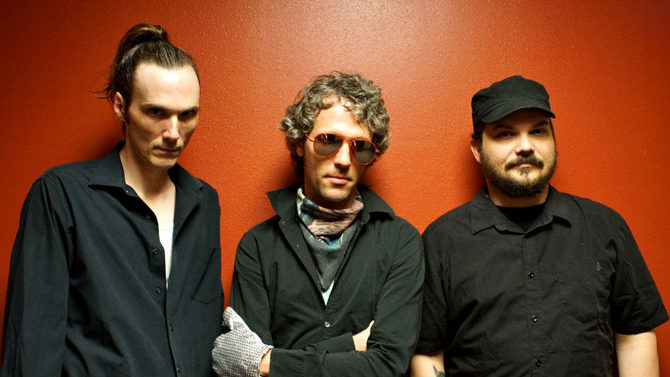 We all know Athens does not need an excuse to party—but sometimes it helps. This Halloween, Lenny Miller and Ella Sternberg—owners of local restaurant Preserve, members of local band Cancers and husband-and-wife duo—are using Athens’ favorite holiday as that excuse.

On Monday, Oct. 31, the first Halloween Hop music festival will take place. For $15, between 1 p.m. and the early hours of the next morning, attendees can enjoy a long lineup of more than 20 artists on four stages. (For an additional $5, attendees may purchase a wristband that’s good for $1 beers throughout the day.) The festival begins in Preserve’s parking lot on West Broad Street and will continue at night with after-parties at The World Famous and Caledonia Lounge.

Though a Halloween music festival may conjure images of heavy music blaring through the streets while drunk people run around in clown masks (who knows, maybe that second part will happen), Miller and Sternberg say their celebration will have an atmosphere of mutual support and camaraderie—and hopefully no clowns.

The Hop’s impressive lineup is composed largely of musicians the duo connected with during their early touring days. This means that, for Miller and Sternberg, the Hop will be less about running a festival and more about catching up with friends.

This open, laid-back atmosphere is important to Miller as a musician, business owner and resident. He says Athens “is a very versatile spot. I feel anyone at any time of life can find something in this city to connect with.” This is true of the Hop, which features an eclectic mix of touring and local bands. The lineup reflects Miller and Sternberg’s favorite aspect of Athens, which is that it’s “the best of both worlds between small town and big city.”

Music at the Hop will range from scrappy punk to surfy pop. “All the bands coming from out of town are some of the hardest-working independent touring acts in North America, and it’s more than just a treat to have them all here on one day,” says Miller.

Touring acts include Miami doom-metal band Floor, Midwest punks Off With Their Heads, as well as Iron Chic, Big Eyes, Shellshag, Canadian Rifle and Vacation. Locals include Cancers, Feather Trade, Eureka California, Outer Sea and more. (For the full lineup, see the Calendar in this issue.)

Miller expresses gratitude for the community, friend and sponsor support that has made this house party of a festival possible. “We’re looking forward to a full day of fun, food, costumes and great indie music,” he says.