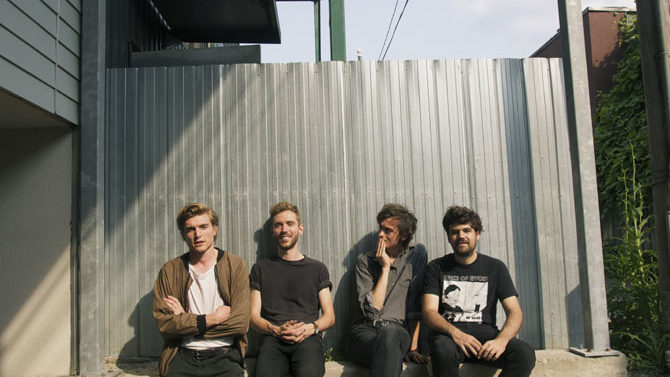 You don’t always know what you’re getting from a Robert Schneider project, especially in a live setting, but you can usually count on him (and in this case, his Apples in Stereo bandmate and Big Fresh frontman John Ferguson, too) indulging unapologetically in some of his dorkier tendencies—like, say, ELO, or theoretical mathematics—somewhere along the line. Beam a bunch of geometry proofs and homemade synth lines into the sky, and whatever comes back ought to sound pretty close to Spaceflyte. [Adam Clair]

Pop music is defined by simplicity and straightforwardness, which makes it fertile soil for experimentation, letting the listener fall back on familiarity whenever things get a little too weird. Big Fresh’s eclectic spin on the genre grafts together pop’s most exploratory sounds—the Kinks’ stylistic simulacra, Talking Heads’ global funkiness, the Beach Boys’ irreverence of instrumentation—into a catchy hybrid-of-hybrids that sounds organically sweet with enough sophistication to keep a more refined palate sated. [AC]

On its 2015 album, Why Choose, up-and-coming indie act Shopping recasts the taut, rhythmic sounds of the 1980s underground, nodding overtly to influential post-punk groups like Wire, Pylon and ESG while updating that music for the modern age. The London group’s lyrics are often concerned with weighty topics—everything from gender politics to globalization—but that doesn’t mean you can’t still lose your shit dancing to Shopping’s music. (You can, and you should.) [Gabe Vodicka]

Local experimental pop mainstay Tunabunny has been quiet since the release of its 2014 album Kingdom Technology, but with a new album on the way this year, the band has resurfaced to both confound and delight. One of the primary acts signed to Popfest founder Mike Turner’s HHBTM Records, Tunabunny thrives on experimentation. Listening often feels like playing a game of pop-music Russian roulette: You never know if the group will subvert or embrace the genre’s many tropes. With the new album complete, expect to hear a lot of fresh material. [Nathan Kerce]

In the early ’90s, experimental rock band His Name Is Alive was one of the most acclaimed acts signed to legendary independent label 4AD. The band has had its share of rough patches and hiatuses since, but it’s still managed to build quite a legacy. The group’s sound and lineup have drastically changed over the last 25 years, with guitarist Warren Defever serving as the only consistent member. Patterns of Light, HNIA’s new prog-pop album, is set for release in October, and its Popfest set will likely draw heavily from that, as well as songs from the band’s massive back catalog. [NK]

Though Montreal post-punk band Ought has been around for a little over half a decade, it broke through in 2014 with More Than Any Other Day. That album brought international attention and established a definitive sound that the band built upon on its 2015 follow-up, Sun Coming Down. Singer and guitarist Tim Darcy’s deeply personal lyrics and off-kilter, conversational singing style are paired with fierce, slow-building instrumentals to create what often sounds like someone having a mental breakdown in real time. While Ought’s songs can range from staggeringly cynical to purely hopeful, its live show is always an inspirational experience. [NK]