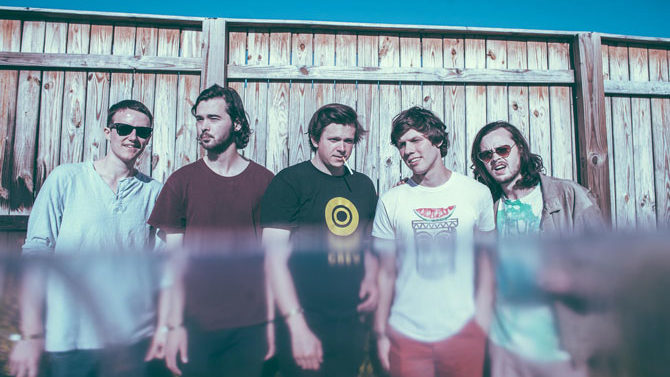 Any musician knows the hardest part about being an artist is getting your music heard and connecting with an audience. Thanks to discovery-minded festivals like SXSW and CMJ, this process has become easier, or at least more centralized. Yet despite the relatively unknown status of most performers at those events, the presence of corporate money, major labels and top-tier indies is unmistakable and prevents smaller, local diamonds in the rough from surfacing.

One alternative is a locally curated festival free of outside interference. Not your typical music festival, Alabama happening Secret Stages—founded in 2009 to complement the now-defunct, more mainstream City Stages—is a music-discovery event that emphasizes fan, artist and industry relationships. With a grand total of 60 bands performing over two days, Secret Stages showcases artists that are not well known beyond their home cities.

The fest takes place in downtown Birmingham’s historic Loft District (for those familiar with the city or Google Maps) and is spread across seven walking-distance venues and stages, allowing many different genres to flourish in their own space.

Despite its moniker, the smallish event has become a familiar name in both artist circles and on the festival circuit. Travis Morgan, one of two masterminds behind the festival, books the bands each year. He says he focuses on finding artists on the brink of discovery. “I’ve always fought for the underdog in my years running a record label,” says Morgan, who has a hand in two Alabama-based imprints, Skybucket and Communicating Vessels. “So, I guess by that standard, we are also the underdog festival.”

Boasting an impressive lineup of regional acts plus one group from Seoul, South Korea, this year’s Secret Stages features musicians of all ages and experience levels who Morgan believes deserve recognition. “For a band to play Secret Stages, it takes a high level of appreciation for their music on my part,” says Morgan. “It’s music that I would want to listen to myself.”

Morgan also cites representation as an important factor, and says he makes sure to include artists of all personal orientations from as many genres as possible.

“I hope some bands get discovered, get signed to a label or booking agency, get a manager or get some great live photographs,” he says. “Hopefully they can all use Secret Stages as a notch in their belt if they think of us like that.” Well-known acts that have previously played the festival include Shovels and Rope, St. Paul and the Broken Bones, Hiss Golden Messenger, Dawes, William Tyler and more.

This year is Secret Stages’ sixth annual event, and as usual the bill is jam-packed with up-and-coming talent. Athens is well represented; the fest will feature performances by Double Ferrari, Grand Vapids, Hot Fudge, Juan de Fuca, The Powder Room, Thayer Sarrano and Wieuca. With full weekend passes costing only $40, the festival creates an affordable opportunity for travel, discovery and entertainment.

Aside from the music aspect, the purpose of Secret Stages goes a little deeper. Creating and building relationships are at the heart of the event. From relationships between attendees, artists and industry people to relationships among artists themselves, the festival’s sense of intimacy encourages growth. Regarding Secret Stages’ impact in these terms, Morgan is optimistic. “I think in that way our festival is influencing history and culture in a small, positive way.”

Speaking of history and culture, there’s lots to see and do in Birmingham in addition to Secret Stages, like the Birmingham Civil Rights Institute, which has served as a museum and cultural resource center since 1992. And if you don’t feel like driving, you can take Amtrak from Gainesville or Atlanta right into downtown Birmingham.