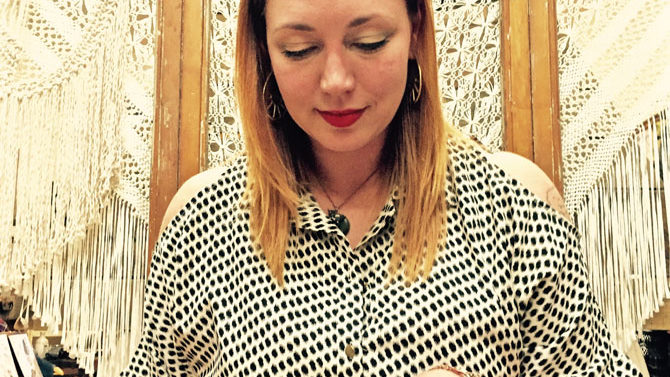 “Mercury’s in retrograde.” “If she’s a Gemini and he’s a Scorpio, the relationship won’t work out.” “It’s not in the cards.” Over the past few years, the popularity of astrology and tarot has grown—especially among a younger generation—and it’s increasingly common to encounter phrases such as these. But what does it all mean?

It’s important to note the difference between astrology and tarot. Put simply, astrology uses the mythos of space to relate to everyday people and predict behavior. Tarot, on the other hand, involves a pack of 78 cards. Interpreting those cards is up to the practitioner. Some use readings to see troubling situations in a different light, or to reach a deeper level of introspection. Some use the cards to predict their next significant other. The freedom of tarot allows endless possibilities.

Astrology uses the time, place and location someone is born and correlates their position in the universe with the position of everything else in the universe. Desiree Sharpe, a local practitioner of tarot and an experienced astrologer, believes astrology works through connection.

“From both micro- and macrocosmic perspectives, everything is connected, even though each individual material object—from a subatomic particle to an ocean to a moon—is unique,” she says. “Most of how we have been able to categorize matter is actually based on time as a critical indicator of movement, which requires us to pay attention to what is going on beyond the activities of our planet alone.”

To grasp a person’s reading, the practitioner makes an astrological birth chart. There are all sorts of defining sections—the sun sign, moon sign and rising (or ascendant) sign are arguably the most important—as well as various houses and degrees of ascendants. The position of each planet also has meaning. There are different personality traits associated with each sign, and each section of one’s chart holds different significance, so there’s a very slim chance two people will have the exact same reading.

Astrologers can offer advice on love, career, future, family and finance on a daily, weekly, seasonal or yearly basis. Astrology also hones in on the power of observation, with readings calling attention to traits that may go unnoticed by the user until being mentioned in a reading.

“It typically takes many years to truly master astrology, though I do believe some folks are naturally more gifted at interpreting the data than others,” says Sharpe. “Some people are more spiritually attuned because they spend a lot of time observing the world around them. That is really the foundation of a good spiritual practice.”

Tarot also relies on observation and intuition, but is considered a more seasoned divination tool than astrology. Tarot uses cards to depict universal symbols that can be interpreted many ways; it is common for people to conduct readings for others in order to make the interpretation easier. The more one studies the cards, the more one gets out of them. Kristen Carter, a local tarot practitioner, says tarot readings reveal much about the user.

“Whenever I was stressed or unsure about something, I turned to my cards,” she says. “They had an eerie way of telling me exactly what I needed to hear, and continue to do so. It wasn’t so much about predicting my future as [much as] a way to learn more about myself and understand different parts of my life.

“I then started reading for my roommates and close friends and, last year, eventually started reading for strangers,” says Carter. “That was the real test for me. It is one thing to read for your friends, but completely another to read for people you don’t know. It is emotionally exhausting. After doing readings for only a couple hours, I felt as if I had been straining my [extraversion] to its limits. It takes the ability to read people, and then connect what you have learned from the brief introduction and connect it with what the cards are telling you.”

Local practitioners agree that tarot and astrology take time to understand. They require a little bit of spirituality, plenty of trust, a hint of mysticism and a healthy dose of skepticism. And, regardless of one’s belief in their effectiveness, their popularity isn’t hard to understand. Though some have argued that the current sociopolitical climate is a contributing factor, the underlying truth is that we all want to believe.