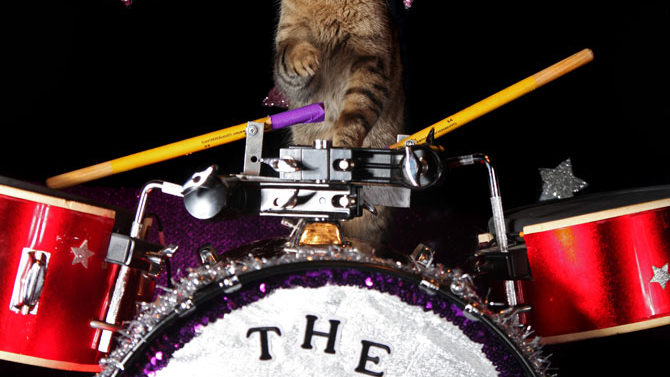 Though fluffy and adorable, cats are enigmatic creatures. How many pet owners have tried to get their cat to respond to them? Dogs can play dead, fetch, shake hands and even speak—so why won’t cats do anything?

Based in Chicago, the Amazing Acro-Cats are changing the narrative about cat training. The Acro-Cats are a touring acrobatic show made up of foster rescue cats and other animals that have been trained using a stress-free, positive reinforcement method called clicker training. Instead of physical objects, trainers use mouth whistles, clicks and other sounds to signal the animals. Through this training, the Acro-Cats jump, pounce, ride skateboards, walk tightropes and even perform in a seven-piece band, the Rock Cats.

All of this is made possible by Samantha Martin, “chief executive human” for the Amazing Acro-Cats. Martin is an animal trainer who rescues homeless cats and dogs and makes sure they find loving homes. More than 200 animals have found foster care thanks to the efforts of Martin and the Acro-Cats. A percentage of sales from every show goes towards maintaining the group’s foster and rescue efforts, as well as the occasional fundraising and promotion for local rescues. 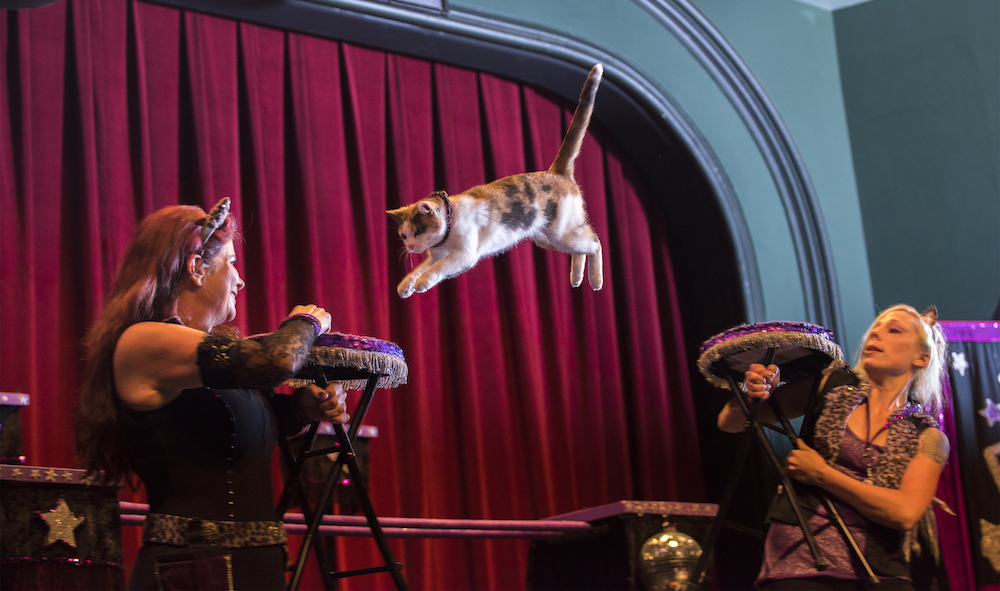 Currently, the Acro-Cats feature a parade of felines, as well as a chicken and a groundhog. The cats and the chicken have been performers since day one. According to Martin, chickens are more reliable than cats, and her chicken held the circus together when the cats called it quits.

The groundhog is a newer addition. Before the Acro-Cats, Martin ran an educational zoo with wildlife programs, until it was eventually discontinued. After being with the groundhog for so long, she couldn’t imagine life without him and put him in the show.

Besides fostering homeless animals, the Acro-Cats also foster a sense of community. The show draws all types of attendees, which is a rare feat for circus performances. While the audience is always full of cat lovers, cat skeptics are also often present.

“I think non-cat people are curious, and they get to see what cats are all about,” says Martin. “We have had some people become convinced after seeing our show that cats aren’t so bad.”

And Martin says the shows only bring cat people closer.

“Our fans run across all lines. One time, I heard an older lady lean into a punk-rock-looking guy at a show in Phoenix and ask, ‘How many do you have?’” Martin recalls. “It’s very beautiful to see such a variety of people coming together for an amazing cause.”

But enough about humans. More about these cats! While most of the show is kept under wraps until the actual performance, a few details are available. 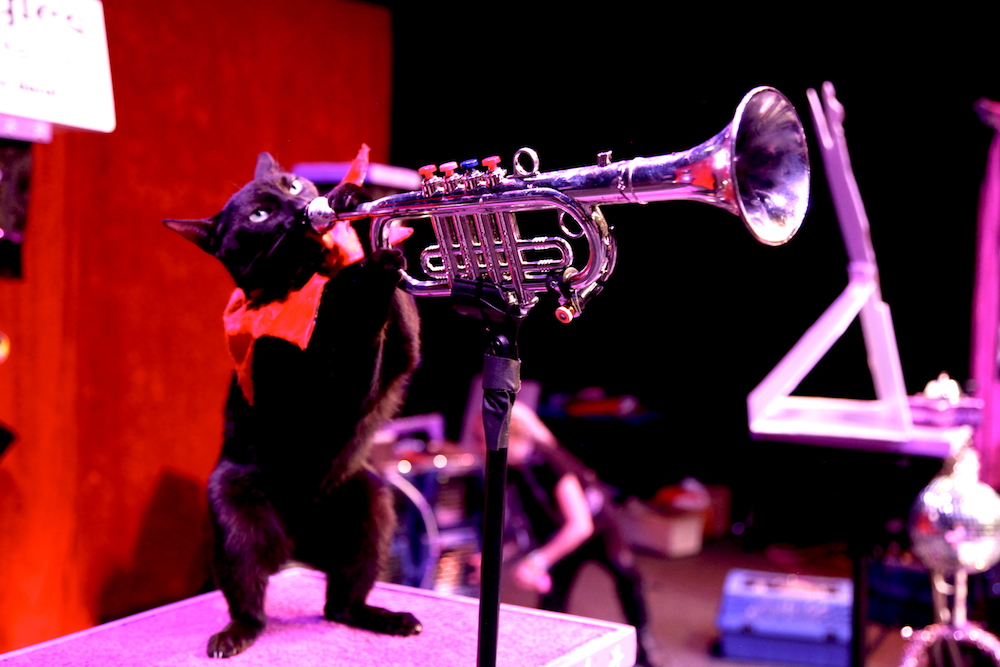 First, yes, the Acro-Cats do wear costumes and hats—sometimes for the whole show. Second, not only do the cats have really great names, they also have distinct personalities. Martin lists a few of her cats and their television/film counterparts: Sookie is like Phoebe from “Friends,” free-spirited and spacey; Buggles is Marvin the Martian, always doing crazy experiments; JAX is goth-like, like Lydia from Beetlejuice; Alley is a valley girl; and Wiki is James Cagney—he even has the voice. Last but not least is Oz, whom Martin describes as Brendan Fraser in Bedazzled: awkward, nerdy and desperate to be liked.

Just as cats often take on human personalities in the eyes of their owners, the Acro-Cats provide people with an intimate glimpse at feline nature. As Thomas O’Malley says in the 1970 film The AristoCats, “Everybody wants to be a cat!”