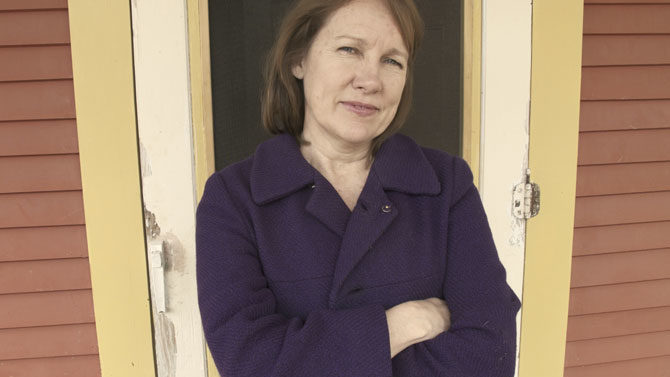 Iris DeMent has this thing she’s good at, where she can take something familiar and well known and make it her own. When Flagpole reaches her by phone, it’s still early in the morning, and she’s fixing a cup of coffee. But there’s more to the coffee than just coffee.

“I add a little coconut oil and butter to the coffee,” says the 55-year-old folk singer, “and give it a good blend. It’s so much better, so much richer.”

We swap tips, suggesting that black coffee with a touch of xanthan gum in the blender sciences itself to produce a frothy, creamy drink that’s latte-like in texture and appearance. “I’ll have to give that a try,” she says. “I like new things sometimes.”

Like most in the U.S., DeMent was unfamiliar with Akhmatova’s work, but serendipity brought the two together. “I was sitting in a little work cabin in Van Buren County in southeast Iowa, in the middle of nowhere, and opened up this book of Russian poetry. Four or five pages were devoted to her,” she says. “I read ‘Like a White Stone,’ and it was like somebody set it to music in my mind. I started and just kept going.”

DeMent released The Trackless Woods last summer—only her third full album in 20 years. She’s kept busy, though, and her name may ring a bell to those unfamiliar with her solo work thanks to collaborations and duets sung with John Prine, Emmylou Harris, Steve Earle and Ralph Stanley.

Though her past visits to town have been solo affairs, DeMent swings through Athens this time performing in a trio with a bassist and pedal steel player. She’ll perform a number of musical interpretations of the Akhmatova poems, some of her past material and likely some familiar tunes by other artists.

Though Akhmatova’s poetry moved DeMent, there aren’t plans to move over for any Russian performances, even though the connection is a personal one; Dement’s daughter was born in Russia and adopted from there when she was 6 years old.

“When I first made the record, I wondered what Russian people and those who knew the original poems in Russian would think of it,” she says. “I thought going to Russia would be really cool, and hoped the record would open that opportunity naturally, though it hasn’t really done that yet. I’d have to work at it if I wanted to make it happen. I went there twice, and to be honest, it’s a long way. The right situation would have to come about.”

Regardless of where she’s onstage, DeMent, who grew up in the Pentecostal church, says performing in front of a crowd helps her access something inside.

“I always knew that when I sang, I went to a place inside myself that nothing else could get me to. It was a, dare I say, sacred kind of place, and it was really private when I was a kid, which annoyed my family because they were open and sang all the time,” she says.

“It was the only place in this crowded house that was mine and was sacred and private, a beautiful thing that I would have called maybe God at the time, the spirit or higher plane. I became very guarded about it. As time went on, I learned that in my singing there was also something other people felt when they heard me sing. And when the songs started coming along, I felt so certain that the songs I was writing should be heard and had a job to do in the world.

“Now, kind of ironically,” she adds, “one of the places I feel that spiritual connection is on the stage.”