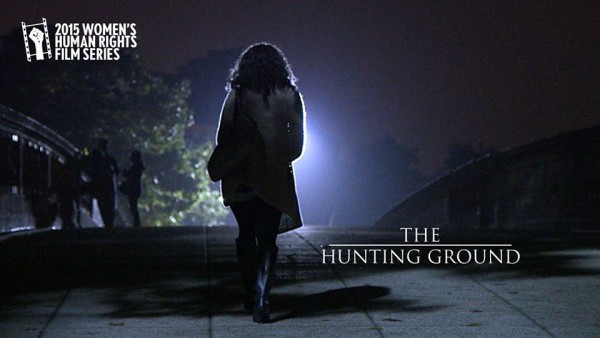 No local school officials, UGA administrators, county commissioners or law enforcement officials came to a free screening Monday of a documentary about rape culture on college campuses—a sign that the problems highlighted in the film still exist, according to Sally Sheppard, executive director of The Cottage, a nonprofit that counsels sexual assault survivors.

The Cottage sponsored a screening of The Hunting Ground at Cine last night. Sheppard said she asked the audience if any of the local officials listed above were in attendance.

The Hunting Ground, released in 2015, follows two University of North Carolina survivors as they become activists and file Title IX claims against their assailants while facing an unsympathetic bureaucracy. The film takes on fraternities and athletics as well, including an interview with the student who accused Jameis Winston, the former star quarterback at Florida State University, of sexually assaulting her.

The Cottage Sexual Assault Center and Children’s Advocacy Center staff and board of directors would like to thank those who came to Cine Apr. 25 for the free screening of The Hunting Ground, the award-winning documentary about campus sexual assault and widespread systemic cover-ups, victim blaming and failure to act.

We were grateful to have so many community members in attendance, especially students from the Women Studies Club at Clarke Central and several UGA students. They contributed so much to the post film discussion, where many good ideas about prevention were discussed.

It was disheartening that not one member of the school board, nor any of the local high-school principals and administrators, law enforcement officials or county commissioners who were invited were in attendance. Their absence seems to illustrate the very problem the film highlights: the failure of institutions and people in leadership to understand and act on the very real epidemic of sexual assault. Until sexual assault is taken seriously and prevention efforts—like expelling student perpetrators from schools so they can’t offend there again—rape and sexual assault on campuses will continue.

Unless we educate ourselves about the insidiousness of victim-blaming and the rampant injustices it perpetuates, sexual violence will continue to plague our society. We’d love to see Athens be educated, be infuriated, and stand up and say no more, starting with our community’s leadership.