Eight AthFest Out-of-Towners to Check Out 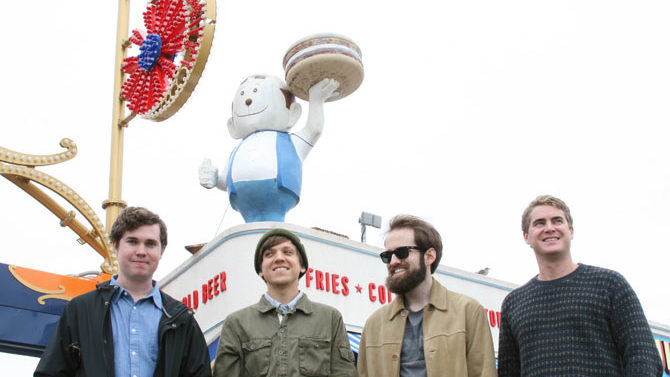 Pujol
Friday, June 26, 9 p.m. @ Georgia Theatre Rooftop
One listen to Kludge, the latest release from Nashville’s Pujol, and you’ll probably have yourself a new favorite band. Frontman Daniel Pujol has a knack for delivering cultural critique via screaming guitars. His music could be described as punk rock for college professors, so they should fit comfortably on the AthFest lineup. [Dan Mistich]

Blank Range
Friday, June 26, 9:45 p.m. @ Georgia Theatre
Along with many of their Music City contemporaries, Blank Range is breaking apart the myth that Nashville is only interested in honky-tonk and bro-country. The band’s sound still manages to harken back to the wobbly, dark classic rock that your dad got down with. [DM]

Monk Parker
Friday, June 26, 10 p.m. @ Flicker Theatre & Bar
The ex-frontman for the formerly Athens-based space-folk group The Low Lows, Monk Parker returns to his old stomping grounds to give us a taste of what he’s been working on in his current home of Texas since that band dissolved. “Sadly Yes,” the just-released single from his upcoming LP, How The Spark Loves The Tinder, is a sparse, haunting slice of wounded Americana. [Gabe Vodicka]

Music Band
Friday, June 26, 10:30 p.m. @ Georgia Theatre Rooftop
Music Band’s songs are as straightforward as their name might suggest. Case in point: “Still Life,” from the band’s recent LP, Can I Live, which includes the phrase, “a rock and roll song about rock and roll.” There’s nothing particularly complicated about the Nashville three-piece’s tunes—banged-out power chords in 4/4 time—but does there really need to be? [DM]

Surfer Blood
Saturday, June 27, 11:15 p.m. @ Georgia Theatre
A national it-band of several years ago, Florida’s Surfer Blood has outlasted the buzz (and survived a brief stint on Warner Bros.) by continuing to crank out super-solid, highly melodic indie rock. The group’s latest, 1000 Palms, out recently on venerable indie Joyful Noise, is its most assured, compelling outing yet. [GV]

Warehouse
Saturday, June 27, 11:45 p.m. @ 40 Watt Club
Atlanta’s Warehouse blends the rhythmic urgency of mid-‘80s post-punk (Wipers, et al) with the stark melodic sensibility of early new wave (Pylon is not an unfair reference point). Vocalist Elaine Edenfield has the sort of singing voice that commands attention out of the gate, and the remaining four band members underscore her ferocious yowl with one part glitter and two parts grit. [GV]

Ruby Velle & the Soulphonics
Sunday, June 28, 4:30 p.m. @ Pulaski Street Stage
Back at AthFest, thankfully, after a year off, Atlanta retro-R&B singer Ruby Velle and her Soulphonics crew are set play the main stage. Let’s hope A: that it’s not too disgustingly hot during the band’s Sunday-afternoon set, and B: that said set is full of teasers for the eagerly expected follow-up to 2012’s It’s About Time. [GV]

The Baseball Project
Sunday, June 28, 7 p.m. @ Pulaski Street Stage
The realms of music and sports rarely intersect, but The Baseball Project has based its entire aesthetic on those contrasting obsessions. R.E.M. alums Peter Buck and Mike Mills, Scott McCaughey of The Minus 5, The Dream Syndicate frontman Steve Wynn and his wife Linda Pitmon formed The Baseball Project out of a shared love for the sport. But even those ambivalent to America’s pastime can appreciate the jangle-pop group’s compelling songwriting. [Paul DeMerritt]