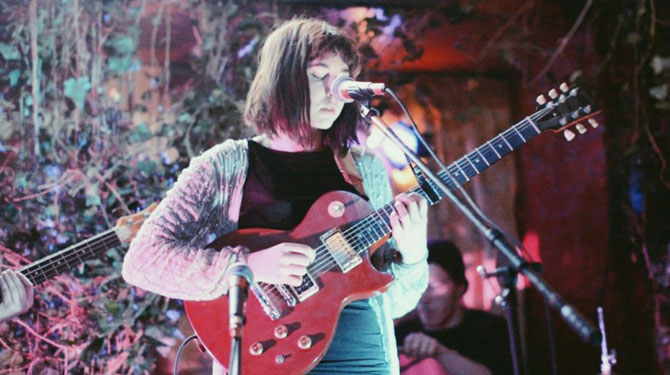 Though it hosts an increasing number of noteworthy regional and national acts, AthFest is, at its core, an Athens music festival, the main annual event on every local’s calendar and a whirlwind lesson for outsiders on what’s been happening in the rich and revelrous world of Classic City sound over the past year.

This weekend’s lineup is no different—both the free outdoor and Club Crawl stages feature some of our most established talent performing alongside gobs of up-and-coming Athenian musicians.

Narrowing such an extensive and impressive list down to 10 don’t-miss acts is a near-impossible task, but luckily for you, Flagpole’s music department has given it the ol’ townie try. Below, our picks for locals-only AthFest action.

For the full AthFest schedule, check the Calendar.

Wrenn
Friday, June 26, 5 p.m. @ Pulaski Street Stage
Hi, Erin Notarthomas’ debut album as Wrenn, has the feel of big-time ambition executed on a shoestring budget. An occasionally perplexing blend of sunny folk, smoky jazz, ‘60s pop-rock and P.T. Barnum-esque panache, the record boldly goes where few young bands dare to venture: the realm of the uncool. Hi bucks current trends in favor of unrestrained genre exploration. It doesn’t always work, but when it does, it’s worth it. [Gabe Vodicka]

Thayer Sarrano
Friday, June 26, 10 p.m. @ 40 Watt Club
In addition to her roles in other bands (Cracker, T. Hardy Morris) over the past couple years, Athens singer-songwriter Thayer Sarrano has been steadily putting together the follow-up to 2012’s Lift Your Eyes to the Hills. Shaky, out on the Guildwater label Aug. 28, features an all-star Athens cast, including Seth Hendershot, Dan Nettles, Andy LeMaster and Matt Stoessel. If Sarrano’s recent live sound—fleshed out by Nettles and Hendershot, along with The Powder Room’s Bubba McDonald and Blue Blood’s Nick Robbins—is an indicator of what to expect, Shaky will be the local shoegaze record of 2015. [GV]

Mothers
Friday, June 26, 10 p.m. @ Caledonia Lounge
The relationship between visual art and music in Athens goes back a long way, though except for a few specific examples (Pylon, Elephant 6), art has enjoyed a decades-long ride in the passenger seat. Kristine Leschper, the force behind Mothers, makes no such concessions. Her visceral, deeply personal artwork is a libretto to her music; both are essential parts of a whole. Recently, Mothers has expanded to a full band, bringing a louder, lusher sensibility to Leschper’s tender yet resolute compositions. Mothers’ music reminds us that gentleness isn’t weakness, and that despite the world’s best efforts, honesty is not an entirely lost art. [Gordon Lamb]

Roadkill Ghost Choir
Friday, June 26, 11:15 p.m. @ Georgia Theatre
Roadkill Ghost Choir was born of the murky swampland of DeLand, a small town in central Florida. As the band grew in popularity, with a stint on “Letterman” acting as a substantial boost, they began to consider setting up camp outside the Sunshine State. After recording at Chase Park Transduction and playing in town many times, they fell in love with Athens. “We’ve always loved playing in Athens, because it has such a great music history, and the people here seem to respect it,” says singer Andrew Shepard. “We’ve felt welcomed here from the first show we played.” Athens has loved Roadkill right back—the band has packed the Georgia Theatre, played sets with other popular locals and is up for a Flagpole Athens Music Award this year. [Jodi Cash]

Kuroma
Saturday, June 27, 7:45 p.m. @ Pulaski Street Stage
Hank Sullivant, the musician, may be Athens’ answer to Nels Cline—an in-demand session guy who’s esteemed by his peers. Hank Sullivant, the songwriter, may be closer to David Byrne. His multifaceted approach features influences as disparate as Psychic TV and Russian psychedelic tunes coalescing into pure pop for now people. A founding member of The Whigs and touring guitarist for MGMT, Sullivant’s legacy is well established for a guy barely into his 30s. Judging by Kuromarama, his latest release as Kuroma—a project he returns to with intensity when time permits—he is well on his way to having that name be the first in his future biography. [GL]

T. Hardy Morris & the Hardknocks
Saturday, June 27, 8:25 p.m. @ Hull Street Stage
Another local fella with a must-hear album just out, T. Hardy Morris (Dead Confederate) and his Hardknocks outfit will shut down the Hull Street Stage Saturday evening with a fiery set of their self-designated “crunge” (country plus grunge—get it? You get it) tunes. The group’s new LP, Drownin On a Mountaintop, is a terrific set of hard-rocking honky tonk that hinges on Morris’ snarling vocals and Matt Stoessel’s nimble pedal steel. [GV]

Mind Brains
Saturday, June 27, 11 p.m. @ 40 Watt Club
The most buzzed-about band to hit Athens’ underground in months, Mind Brains features members of such notable locals as Hot Fudge, the New Sound of Numbers, Marshmallow Coast and Circulatory System. The group’s self-titled album, which relies heavily on dilapidated and/or outmoded electronics and experimental song structures, is in line with the playful, found-object sound of the Elephant 6 collective, though there is a strong 20th Century classical vibe going on, too. Mind Brains’ strange potion is especially potent in the live setting. [GV]

Motherfucker
Saturday, June 27, 11 p.m. @ Caledonia Lounge
Seeking a slot on a local festival, Erika Rickson, Erica Strout and Mandy Branch envisioned putting together an unknown and outrageously confident band that would only play once. Claiming a wildly abrasive name, they quickly assembled a set of what they called “punch-in-the-air” rock. A couple years later, Motherfucker is still going strong. Fresh off a highway jaunt with fellow noisemakers The Powder Room, and with a debut album about to drop in September, Motherfucker is poised to be one of Athens’ breakout bands. And every syllable of that name is backed up tenfold by the group’s music. [GL]

We Love Tractor
Sunday, June 28, 5:45 p.m.
The alt-rock framework was largely provided by Athens bands like R.E.M. and the B-52’s, but there are other locals whose equally innovative sounds got considerably less attention. Love Tractor took the angular post-punk of Joy Division and Gang of Four and injected it with a steady, Southern groove. Guitarists Mark Cline and Mike Richmond formed the band in 1980, playing their first few shows with a drum machine. Eventually, bassist Armistead Wellford and a slew of drummers—including future R.E.M. member Bill Berry—provided the group with rhythmic context. Following a one-off gig at the Georgia Theatre last year, the long-dormant group is set to play AthFest, with Cline and Wellford anchoring the current incarnation, joined by Joe Rowe (The Glands), Bryan Poole (Elf Power) and Jay Gonzalez (Drive-By Truckers). Wellford says rehearsals have been sounding “so 1982… We haven’t played those songs since [drummer] Kit [Swartz] was in the band.” Playing Sunday as We Love Tractor to distinguish itself from Richmond’s use of the original name for his solo ventures, Wellford says the band will cover a good portion of its early catalog, and there’s even talk of a surprise player or two joining them onstage. [Andy Barton]