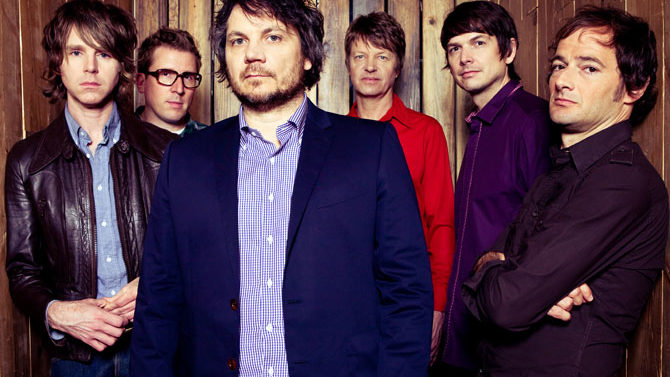 Those in the summer festival loop have heard plenty of chatter about this year’s installment of the Shaky Knees Festival. Now in its third year, the three-day, multi-stage Atlanta event boasts a truly impressive lineup, with headliners Wilco, The Strokes, the Avett Brothers, Pixies, Interpol and Ryan Adams alongside cult favorite acts like Death From Above 1979, Old 97’s and American Football.

Shaky Knees founder Tim Sweetwood, a promoter with Atlanta-based company The Bowery Presents South, considers the leap between last year—which included headliners The Replacements, The National, Alabama Shakes and Modest Mouse—and the 2015 installment “a natural growth.” For him, the festival’s rapid expansion is something to celebrate.

“The ‘go big’ aspect relates more to the ticket buyer, as opposed to my conscious decision to make it big,” says Sweetwood. “My decision was to book bands that I wanted to be there and to book bands that excite me. With that came some bigger bands, but we’re not trying to toss U2 on there.”

According to Sweetwood, crafting the festival’s lineup is a careful process: “If someone likes The Strokes… we have bands [on the lineup] like Built to Spill, [who] have been around a long time and have probably influenced bands like The Strokes.

“There’s almost a subliminal message [in the lineup],” Sweetwood adds. “There’s a… message to fans that says, ‘You should be there at 2 p.m., because this band is going to be the next Interpol or the next Strokes.’”

Indeed, Shaky Knees is designed for music lovers. Sweetwood credits much of the event’s success (as well the emergence of its country-focused spin-off festival, Shaky Boots, which will be held May 16 and 17 at Kennesaw State University) to the “cohesiveness of the lineup… [It appeals] to more people than just the party aspect.”

This year’s Shaky Knees moves from Atlantic Station to Midtown’s Central Park, the event’s third Atlanta location in as many years. According to Sweetwood, “[The location] matters, because you want to give a little bit of a feel to the ticket buyer that there’s some level of intimacy.”

Organizers have deliberately avoided larger public spaces like Piedmont Park, to ensure that attendees don’t have to walk long distances to reach other stages.

“We want it to feel good,” Sweetwood says. “That’s the whole reason why we have the stages side by side. People are there for the music, and we want to make it super easy to get around and for people to catch as many bands as they can.”

Notably, Shaky Knees has already enjoyed strong support from ticket buyers outside the perimeter—no easy task for a startup festival.

“Since year one, we’ve had over 60 percent of the ticket buyers come from out of town, which we’re pretty proud of, since it’s a city festival and not out in a field in Tennessee,” says Sweetwood, adding that he hopes others outside of Atlanta will continue to take notice of what Shaky Knees has to offer in the coming years.

With all the work it takes to organize and maintain an increasingly prominent and complex music festival, one might think Sweetwood loses his fair share of sleep, but it’s not so, says the fest’s fearless organizer. “I don’t have anxiety,” he says. “I have excitement.”