Athens Rapper Ishues on Faith, Family and His Return to Hip Hop 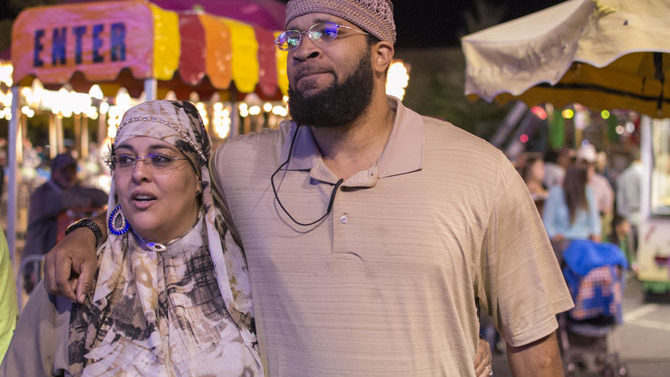 Once considered the hottest rapper ever to come out of Athens, Ishues moved away from music nearly a decade ago, choosing faith and family over fame and fortune. Now, after years of focusing on raising his children and giving back to the community, he’s stepping into the recording booth again, looking to reclaim his crown.

“I was born Muslim,” says Ishues, whose given name is Ishmael Cuthbertson. “And throughout my journey through life, I’ve found myself reaffirming my faith, because a lot of times, when you’re born into something, you just do it because your parents do it.”

After serving as a hype man and opening for the legendary KRS-One and touring South Africa in 2008, Ishues gained some notoriety with a Hype magazine feature, spots on MTV2 and radio airplay. He began to see a bright future ahead in the music industry.

“I was in Johannesburg, South Africa, and I had an opportunity to go on tour for the next two years, basically,” Ishues says now. “I would’ve toured the continent, and basically opened up for every artist that got an opportunity to gather enough steam to build a headlining audience.

“But that would’ve meant being away from my family for two years, and putting myself into situations and environments I shouldn’t be in,” he says.

Ishues was at a crossroads: Pursue music and fame, or exemplify his Muslim ideals by raising a family and continuing to build his faith.

“You stand behind your spouse to help them,” says Ishues’ wife, Tania Cuthbertson, who’s known as Amirah. “To help them follow their dreams, and whatever that comes with, and whatever sacrifices come with it… I was glad that when he came back, he felt that he had attained those goals without having to sacrifice his family or other things in the long run.

“He knew how I felt about stardom,” Amirah continues. “I really wasn’t crazy about it, because regardless of who the stardom is about, the spouses always get a light shined on them, too. And I really wasn’t ready for that, or wanting that—even the money. I’m not crazy about fortune and fame, you know?” 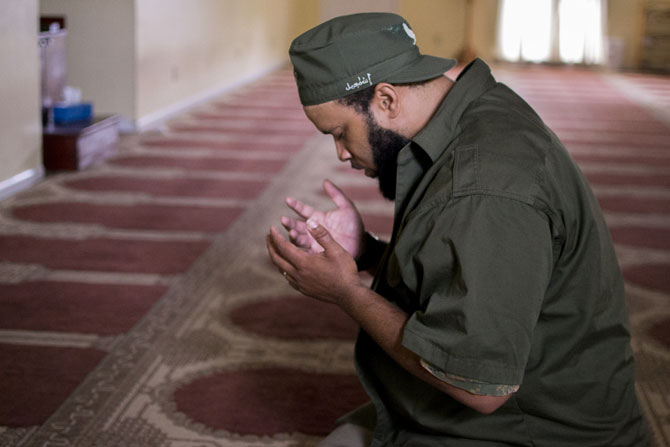 As Ishues explains it, the lifestyle he saw ahead for himself—the pleasures and temptations of success—would have conflicted with his faith and the example he wanted to set for his children. Ishues decided to move back to the U.S., turning down potentially lucrative record deals to renew his religious identity and strengthen his family ties.

“One of the things that comes along with being a successful musician [is] a certain lifestyle… you’re performing in a lot of clubs,” Ishues says. “Where a lot of [partying] takes place. As a Muslim, you’re not supposed to do [them], but also shouldn’t even be on the premises while they’re taking place: drug use, alcohol, being promiscuous.”

Everything you do in life centers around knowing and understanding that God is always present in everything that you do.

Being a second-generation Muslim instilled a set of values in Ishues that the lyricist admits have evolved over the years, as he has battled with his own religious identity.

“It’s not as much a religion as people want it to be—it’s more like a lifestyle,” Ishues says. “Everything you do in life centers around not just your belief in [God], but knowing and understanding that God is always present in everything that you do. And everything you do starts and ends with God.”

A former Christian, Amirah decided to convert to Islam early on in their relationship.

“I made the decision to become Muslim for myself,” she says. “When I met [Ishues], he kind of opened me to the idea of Islam. At the time, I was still considering myself Christian, but in college, I wasn’t really practicing the same way [as] when I was younger. I was what they’d call ‘going astray.’”

Ishues wanted to make sure his wife was being true to herself. “When I first started talking to Ishmael about Islam, I did come off rather closed-minded, because of how I was raised,” Amirah says. “[Ishues] just said, ‘Look it up.’ He’s actually opened up my mind so much over the years.”

With four daughters and a son, Ishues has his hands full. But he is a calming force within his family and tries to spend as much time with his kids as possible. Recently, Flagpole tagged along with the family as they enjoyed themselves at a local carnival and went out to dinner. On weekdays, Ishues takes his 12-year-old son, Naeem, to play basketball at the Athens YMCA, helping him toward his goal of becoming a Georgia Tech basketball player.

Ishues works with other people’s children, too. After leaving the music industry, he turned to social work with the help of University of Georgia alumnus Lemuel LaRoche, aka Life the Griot, an Athens-based spoken-word poet and activist. They now work together at the nonprofit Chess & Community, using the board game to teach young folks problem-solving and critical thinking.

“Me and Ish started doing a lot of work together, and I ended up bringing him to Zimbabwe,” says LaRoche. “And I think he was the first rapper to perform in Zimbabwe. Everyone came out, and it was really positive.”

LaRoche has watched Ishues grow over the years as a friend, intellectual, artist, co-worker and Muslim. During their time in Zimbabwe, LaRoche says he also saw how Ishues’ brand of hip hop could transcend international boundaries.

“When we were out there in South Africa, Ishues [played] this festival,” LaRoche recalls. “At first, they didn’t want to hear Western hip hop, but when he started spitting, they listened to the words, and they appreciated the music.” 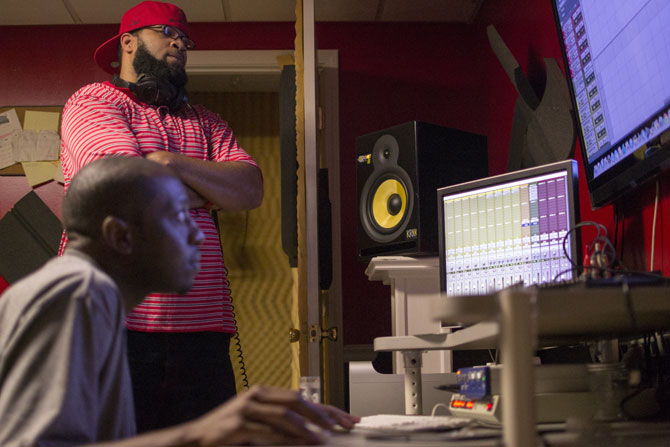 Back in the Game

Though he has barely touched a mic for the past eight years, Ishues is ready to throw his hat back into the ring, perhaps energized by a Classic City hip hop scene that has exploded over the past few years. His longtime friend Montu Miller, an Athens promoter and manager, believes Ishues took an “eight-year hiatus at the right time.”

Miller recognized Ishues’ potential early on, considering him the “leader of the movement” during the early 2000s. “Once I could see what [Ishues] was about,” Miller says. “I was there, talking to the media, promoting shows, doing whatever I could to help him about. And then I went with KRS and Ishues [to] the shows. We felt like we were part of the rebirth of the movement.”

Ishues’ last album was 2007’s Civil Unrest. He recently collaborated with local rapper Dictator and GA Pro Entertainment on a new track, and is also working on recording his own full-length album. “Think Ishues in the early 2000s, just riding a slightly different wave,” Miller says.

As he prepares to re-enter the hip hop scene, Ishues says he plans to collaborate with other Athens artists, many of whom likely count the rapper as an influence on their own work. Dictator expresses excitement about working with an artist he has long admired. 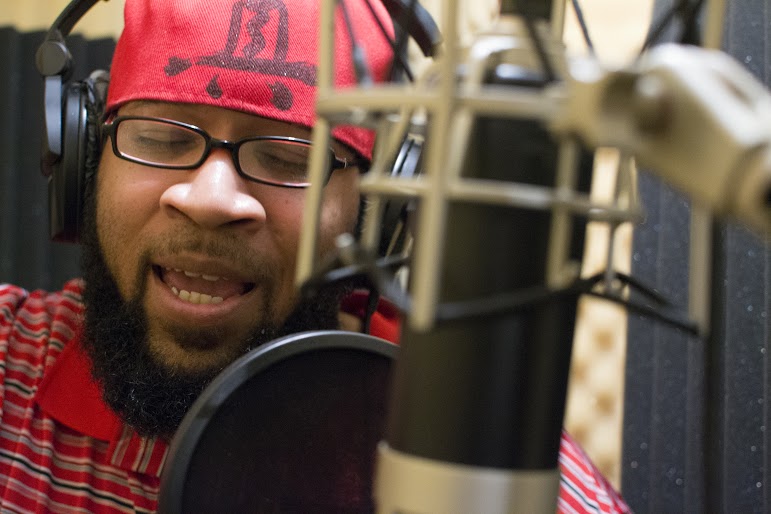 “I don’t think he even lost a step,” Dictator says. “Even when I listened to him when I was young, [Ishues] was rapping about things I couldn’t even understand yet. Ishues was doing it before I could even talk about what he was talking about. So, I’m excited to be working with a man like Ish.”

During their recent recording session, Ishues kept it strictly business, with a smile on his face, bobbing his head to the beat, spitting bars off the top of his head, matching the melody and beat, whispering lyrics as he prepared to record.

After six or seven takes, Ishues found the track that worked best. He opened the sound booth door, gave a couple notes, said his goodbyes and walked out the door. Dictator smiled. “We just made some history,” he said.