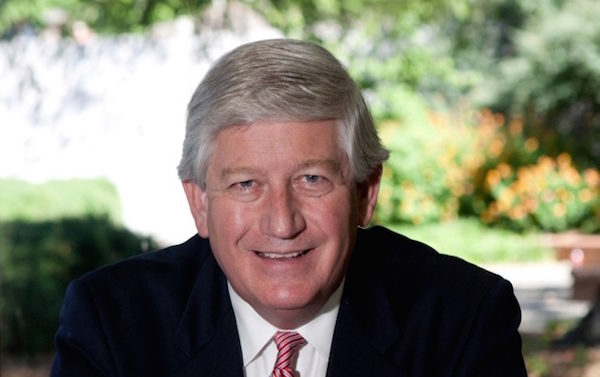 Dink NeSmith, president of the Athens-based Community Newspapers chain and former chairman of the University System Board of Regents, penned a column earlier this week accusing Gov. Nathan Deal of using “dictatorial tactics” and “political meddling” in higher education.

NeSmith, a Grady College of Journalism graduate, was set off by Deal’s remarks at a recent Grady centennial event at which the governor said that, because his staff uses Twitter and Facebook, they can communicate directly with constituents and don’t need traditional news media anymore.

His  column, originally published in the Jesup Press-Sentinel (subscription required), was reprinted by the AJC earlier this week.

The governor despises any criticism. In early 2014, his chief of staff called to question why our newspapers run an often-critical-of-the-governor columnist. He hoped I would muzzle that barbed tongue. I explained our policy: “We don’t edit our newspapers from out-of-town. We invite you to call local editors.”

When Chris Riley hung up, he wasn’t happy. Neither was I.

Not long after that conversation, the governor did not reappoint me to the University System of Georgia’s Board of Regents. Without warning, I was abruptly removed in April 2014. My term had expired, and I respect Gov. Deal’s authority to appoint whomever he wishes. I was offered another board seat, but I declined…

When the Regents were interviewing candidates for chancellor, Gov. Deal called me to say who we should hire. His choice was excellent, but legally, he should have stayed out of the decision. And when I was chairman and appointed the board’s nominating committee, his lieutenant instructed, “The governor wants his man in the job.” That kind of heavy-handed arrogance permeates this administration.

It is widely understood in Georgia political circles that both Chancellor Hank Huckaby and UGA President Jere Morehead were hand-picked by Deal. Not that either was necessarily a bad choice, but NeSmith is correct that the Board of Regents—reformed after the university system lost accreditation under segregationist Gov. Eugene Talmadge—is supposed to be independent. However, regents are also appointed by the governor, and it’s perhaps the most plum post he can hand out to big-money supporters.

NeSmith is also right about the broad power wielded by governors in Georgia.

NeSmith acknowledged in his column that he was not initially a Deal supporter, but said he backed the governor anyway out of a sense of duty to the state; nevertheless, Deal did not reappoint him. Deal’s spokesman accused him of sour grapes, comparing him to a jilted prom date, and the governor himself testily addressed the allegations at an Atlanta Press Club event on Wednesday.

“Dink NeSmith was the chairman of the Board of Regents. If he did not want my opinion, he shouldn’t have asked for it,” he said. “If Mr. NeSmith is disappointed in the selection of Hank Huckaby or Jere Morehead, he should be man enough to say that that’s his problem.”

At the same event, Deal lashed out at Common Cause Georgia’s William Perry for bringing up ethics reform: “In fairness to the organization that you represent, you ought not to continue to spread false information. I’m disappointed.”

Flagpole Premieres: Dark Meat, ‘Thems That Die (Will Be The Lucky Ones)’