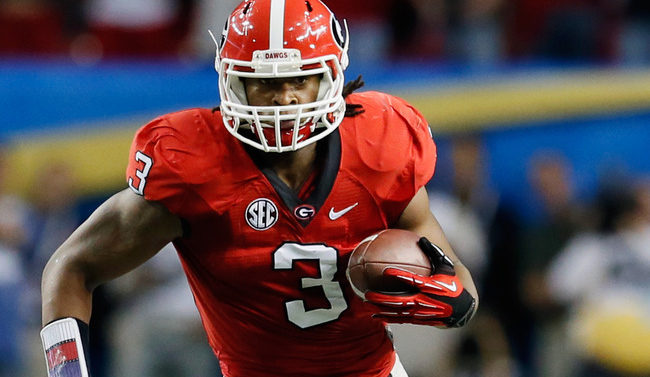 It’s cold consolation to Georgia fans who hoped for a Heisman trophy and at least an SEC championship out of Todd Gurley’s time in Athens, but he’s about to be a very rich man. As sure as a Florida Gator has a closet full of jean shorts, Gurley will be a first-round NFL draft pick on Thursday.

Three out of four NFL.com analysts have the running back/illicit autograph signer going 17th to the San Diego Chargers. (The outlier, Lance Zeirlein, is predicting he’ll be taken 26th by the Baltimore Ravens, where he’d presumably replace Ray Rice. Treat those ladies right, Todd.) He’s the first running back off the board for all four.

USA Today has either the New York Jets taking Gurley—who seems to be fully recovered from a torn knee ligament—with the sixth pick, or the St. Louis Rams taking him 10th. “Gurley appears to be healthy and is the most dangerous offensive player in the draft,” says Steven Ruiz.

CBS Sports, which has Gurley going 14th to the Miami Dolphins, compares him to Marshawn “Beast Mode” Lynch.

ESPN says the Detroit Lions will take Gurley with the 23rd pick, pairing him up with fellow ex-Bulldog Matthew Stafford.

Other Dawgs expected to be drafted in the later rounds include linebacker Ramik Wilson, cornerback Damian Swann, defensive end Ray Drew and center David Andrews. Receiver Chris Conley is likely to be selected, too, after displaying a Jedi-like level of athleticism at the draft combine earlier this month. If so, he won’t have to eat at Subway anymore.

Finals Are Stressful, So Go Pet a Dog